SIPTU have dropped their opposition of the redevelopment of the Clerys building on O'Connell Street in Dublin.

This means that the €150 million project, which will turn the department store into a 176-bedroom hotel, as well as plans for retail units, offices and a rooftop viewing area, can soon commence.

Back in 2015, Clerys was restructured and eventually closed down, initially as part of a receivership deal, before being bought by the company Natrium for €29 million. 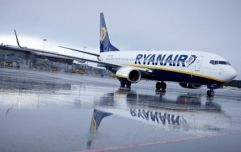 END_OF_DOCUMENT_TOKEN_TO_BE_REPLACED

Some workers part of a €2.5 million statutory redundancy paid by the State, while others who worked for concession companies within the department store were relocated to other outlets.

In a brief statement (via Irish Independent), the SIPTU Services Division organiser Ethel Buckley, speaking on behalf of the Justice for the Clerys Workers Campaign, said, a new process would be set up in which they could "adequately deal with our concerns in relation to the Clerys development. Due to this, it is now possible for SIPTU to withdraw its appeal to An Bord Pleanála.”

A full announcement will be made tomorrow morning at 10am with Dublin Lord Mayor Brendan Carr, Natrium Director Deirdre Foley and members of SIPTU present.

House of Rugby Ireland · Quinn Roux on finding a home in Ireland and Mike McCarthy brings the absolute HEAT!
popular
Holly Willoughby criticises influencer for travelling to Dubai during pandemic
QUIZ: Can you name all of these countries just from one of their cities?
New Zealand set to close its borders for the entirety of 2021
Leo Varadkar says if Ireland introduced mandatory hotel quarantine, it would have to do so for a year
QUIZ: Do you know the collective name for these groups of animals?
Status Yellow rain warning issued for 12 counties
Vials of Covid vaccine in Louth and Meath area dumped as they weren't stored properly
You may also like
2 days ago
A woman has died following a car accident in Dublin
6 days ago
11 arrested at planned protest at the Four Courts
1 week ago
QUIZ: Can you recognise each of these iconic Dublin pubs?
2 weeks ago
Male and female teenager arrested after using imitation firearm and hammer in robbery at Dublin service station
3 weeks ago
Man arrested in Dublin after threatening woman with knife and driving off in her car
3 weeks ago
Underground Dublin car park evacuated due to fire
Next Page