As we've previously reported, Ryanair announced on Friday that it would be cancelling up to 50 flights every day for the next six weeks.

The reason given for this was so that their work calendar could successfully switch from April-March to January-December, as well as increased holiday days to their pilots and cabin crew.

The company stated that all those affected by the cancellations would be contacted via email, and have published the full list of all flights that will be cancelled this weekend.

Your flight is operating as scheduled unless you have received a cancellation email. List of flights affected: https://t.co/g9YyVNtWoZ

From that above list, here are all of the Irish flights that have been cancelled over the weekend. 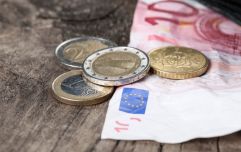 END_OF_DOCUMENT_TOKEN_TO_BE_REPLACED

On Saturday, the Commission for Aviation Regulation released a statement informing Ryanair customers that some of them may be entitled to compensation depending on how much notice they were given.

In the statement, they say: "If you have been affected by the Ryanair programme of flight cancellations you are entitled to a choice of refund or rerouting. Compensation may also be payable depending on the notice period Ryanair has given you."

popular
Two new 24-hour bus services are coming to Dublin
Power-ranking the House of the Dragon characters after THAT big fire
Jeffrey Dahmer’s dad thinks he knows what’s to blame for son becoming a serial killer
QUIZ: Test your knowledge with this Ultimate Friends Character Quiz
€600 energy credits and free schoolbooks for children set to be announced in Budget 2023
An underseen disaster film is among the movies on TV tonight
Gardaí in Mayo make arrest in investigation into the death of Joseph Deacy
You may also like
7 hours ago
National Transport Authority apologises to passengers for "poor reduction in service performance"
8 hours ago
Two new 24-hour bus services are coming to Dublin
4 days ago
Gardaí involved in dangerous driving incident have since reported unfit for duty
6 days ago
Garda vehicle rammed following scenes of "utter lawlessness" in Dublin
1 week ago
Teenager hospitalised following alleged assault in Dublin
1 week ago
Man in his 50s dies after being struck by Luas
Next Page