JOE interviews Arin Babaian, the trainer who got Joseph Gordon Levitt in shape for his role in Don Jon

Anyone who caught Don Jon in the cinemas would have noticed that Joseph Gordon Levitt was in serious shape for the role, as his character was the "stereotypical" Italian-American that has been portrayed in shows from Jersey Shore to characters like Joey Tribiani in Friends. If you've missed it though, don't worry about that, as it hits the shelves in Blu-Ray format next week, so you can see Joe and the lovely Scarlett Johansson in crisp high def.

However, JGL as we affectionately call him (we're best mates) was clearly hitting the gym pretty hard in order to get in the type of shape that he would need to be in order to represent the character properly and make it believable. But he didn't do it on his own, he had help from personal trainer Arin Babaian, who took Joseph from skinny to ripped and beyond in the space of a few gruelling weeks. We chatted to the man himself about what was involved, and what we can learn from it for our own workouts.

JOE: What was Joseph Gordon Levitt doing before he came to you to prepare for the role?

END_OF_DOCUMENT_TOKEN_TO_BE_REPLACED

Arin Babaian: Joseph wasn't actually doing a whole lot. I mean, he was in shape because he was an actor, but he's naturally a pretty slight guy, so that's the place he was starting from, with a pretty low base level of fitness. With the character, in particular at the start of the movie, he needed to be really obsessed with his appearance and his muscles, and we had some conversations together about how he wanted that character to be portrayed. We then tried to reflect that in the workouts that we designed for Joseph.

JOE: So what was the program like? Describe a typical day for you and JGL in the gym

AB: Joe didn't really enjoy what we were doing at first, but it did help him to develop his character. We trained five days a week, and we were in the gym every day, which is not something he was used to. He was also coming off the movie Premium Rush and he was pretty skinny, so we needed to start bulking up, and a lot of that comes from the diet. On a day to day basis, we’d do chest on Monday, back on Tuesday, legs on Wednesday, shoulders Thursday, arms Friday, and the weekend was pretty much his to do as he pleased.

However, he's a busy guy so sometimes he'd miss a day here or there and we'd just pick up where we left off. Joe is not a vain guy really, so even though he could see results, he didn't particularly care about having bigger biceps or whatever, outside of the fact that it helped his character. For these workouts, we did a lot of heavy lifting, and the focus was definitely on the aesthetic side of things. 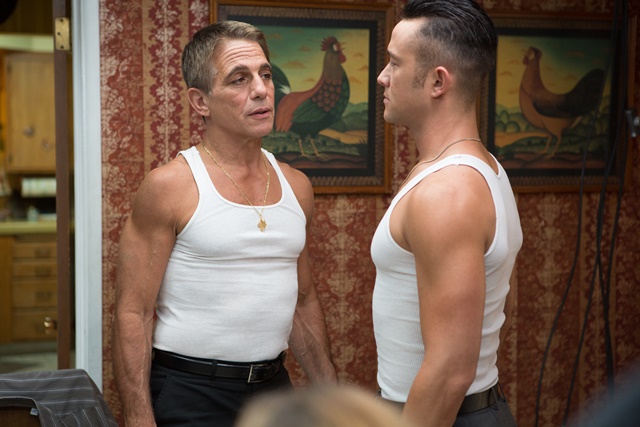 JOE: So the diet is pretty key, what did you have him eating?

END_OF_DOCUMENT_TOKEN_TO_BE_REPLACED

AB: One of the main things when it comes to bulking up for skinnier guys is to get the diet right. The training is hugely important, but just getting Joe to eat enough every day was important, as well as getting much more protein into his diet. We had a lot more chicken, steak, eggs and that type of thing, and when he didn't have time to sit down and eat something properly then we'd get a shake or a supplement in.

We were trying to get him to snack a bit more throughout the day too, but the focus was on healthy, clean eating, so he was getting a handful of nuts or a piece of fruit. For him, that was the difficult part, but he was also eating a lot more meat than he was used to, which was also a challenge.

JOE: His character changes and evolved throughout the movie, was that reflected in his training?

AB: Absolutely. When we started out Joe gave me the script because he felt I could really relate to the character, and maybe bring some insight to it too. I had an understanding of what he wanted to achieve at the start, and that was to be very focused on single muscle groups and very vain, but as his character changes and becomes less obsessed with looks, we moved away from focusing on particular muscle groups every day and move to a lot more functional training.

That meant not only that we did different exercises, like a lot more pushups, pullups, burpees and that sort of thing, but that we were focusing on the fitness. I think that's where Joseph really got into it and saw the value in training, when it wasn't just about the muscles, and he enjoys being that bit fitter. I think that's the key point to take away from this, that the looks-obsessed guy that Joe played at the start of the movie was not really fit or healthy, but as he grew and became a better person, he also changed his training and became a lot fitter and healthier. 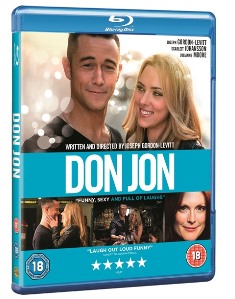 House of Rugby Ireland · Quinn Roux on finding a home in Ireland and Mike McCarthy brings the absolute HEAT!
popular
Pardonpalooza: Donald Trump planning 100 pardons on last day of presidency
Joe Exotic has limo waiting as he expects presidential pardon from Donald Trump
No plans to move teachers up the vaccine list
Irish punters could turn €0.98 into hundreds of millions* with a bet on the Super Jackpot
WHO warns of 'catastrophic moral failure' with regards to Covid vaccine
The 50 most iconic songs of all time* have been revealed
QUIZ: Can you name all the teams in the NBA from their locations?
You may also like
5 hours ago
140,000 Covid vaccines to be administered by next Sunday
1 day ago
Government to seek "full account" from The Coombe Hospital after 16 vaccines were given to family members of staff
1 day ago
Covid restrictions could be needed until May unless numbers decrease, says NPHET member
4 days ago
CMOs in Ireland and Northern Ireland release joint statement over worsening Covid-19 situation
6 days ago
Nurses union calls for "National Emergency" to be declared
6 days ago
Health workers who were close contacts called back to work due to staff shortages
Next Page