The bond between a man and his daughter is a beautiful thing. A father will show her love and give her encouragement; understandably so, she's the centre of his universe... and then one day, she introduces him to the love of her life.

In this case, it turns out that the boyfriend of Ned Fleming's (Bryan Cranston) daughter Stephanie (Zoey Deutch), is none other than the loud-mouthed, six-packed, Internet zillionaire, Laird Mayhew (James Franco). 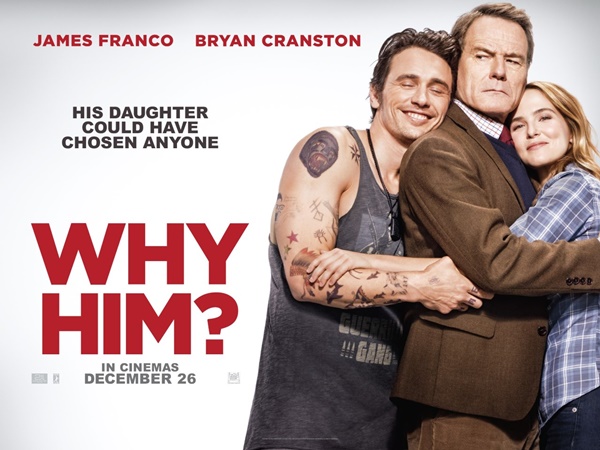 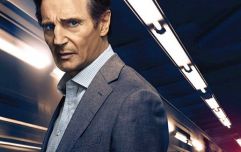 END_OF_DOCUMENT_TOKEN_TO_BE_REPLACED

A rivalry between the two men develops, and Ned's Daddy Panic Level goes through the roof when he learns that Laird is about to pop the question on Christmas Day.

Ahead of the release of Why Him? in Irish cinemas on 26 December, we've hooked up with the team at 20th Century Fox to give you and a friend/partner/overprotective parent the chance to win tickets to the film's preview screening, taking place on Wednesday 14 December in ODEON, Point Village, at 7.30pm.

And, if you get down early, you'll also have access to the exclusive Why Him? party from 6pm.

All you have to do to be in with a chance of winning a pair of tickets is answer the very simple question below...

Here's the Red Band trailer for Why Him? to get you in the mood...

popular
Very popular US fast food chain planning to open in Ireland
20 years ago, one of the best sci-fi movies of the 21st century was a box-office bomb
Katherine Ryan says famous TV star is a ‘predator’ and everyone in industry knows
Boy seriously injured after alleged dog attack in Wexford
QUIZ: JOE's Big News Of The Day Quiz #19
The JOE Friday Pub Quiz: Week 322
QUIZ: Only the sharpest will get 100% in this General Knowledge test
You may also like
5 days ago
You can watch Netflix's new heist series NINE MILLION different ways
1 month ago
WATCH: Will Smith's first post-slap movie releases a very powerful trailer
2 months ago
WATCH: HBO's The Last Of Us trailer is finally here and it is brilliant
2 months ago
WATCH: Powerful Sinead O’Connor documentary primed for Oscar glory
2 months ago
WATCH: Brad Pitt and Margot Robbie return to Hollywood in the coke-fuelled Babylon
2 months ago
WATCH: Apple's iPhone 14 event featured some creepy teases for Severance Season 2
Next Page