This will be a night to remember...

Before we go any further, a word of warning. This is not a game. This is not even a matter of life and death.

It's more important than that.

This is a Film Quiz. 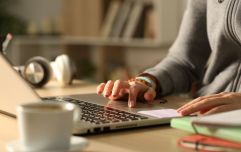 END_OF_DOCUMENT_TOKEN_TO_BE_REPLACED

To mark the release of Game Night – the crackin' new comedy starring Jason Bateman and Rachel McAdams as a loved-up competitive couple – we've teamed up with the big brains at Warner Bros. Pictures to throw a fantastic Film Quiz and we want you and your better half to be there.

That's right, this is no ordinary Film Quiz... this is a COUPLES Film Quiz.

END_OF_DOCUMENT_TOKEN_TO_BE_REPLACED

So you can bring your girlfriend, your boyfriend, your husband, your wife, someone who's just pretending to be your better half to get into the quiz, your friend with benefits, your Tinder date who you'll never call again, whoever you want!

Just no animals you weirdos. 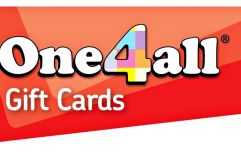 END_OF_DOCUMENT_TOKEN_TO_BE_REPLACED

Teams will consist of FOUR PEOPLE EACH, so make sure to invite your really competitive film-loving friends who also happen to be a couple too. You know the ones, they think it's hilarious to quote Monty Python's Life Of Brian from start to finish on every single night out.*

The Film Quiz takes place on Wednesday 28 February at 8pm in The Church, Jervis St., Dublin, and all you have to do to be in with a chance of coming along and winning some very cool prizes on the night, is fill out the form below.

Players wanted, so let's get quizzical...

Before you start swotting up on your movie trivia, check out Jason Bateman and Rachel McAdams in the trailer for Game Night. The more you play, the crazier, wilder, scarier, faster and weirder it gets...

Game Night is in Irish cinemas on 2 March

*It is a hilarious thing to do, so there.