Building The American Dream: The story behind 'Lunch atop a Skyscraper'

Brought to you by www.BudDreamBig.ie

Eleven workers spread across an iron beam, looking down upon a city being reborn.

A homage to those chasing the American Dream and a nod to the simplicity of hard work and friendship. 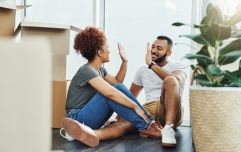 END_OF_DOCUMENT_TOKEN_TO_BE_REPLACED

That is what this image represents, but do you know the story behind its creation?

Entitled 'Lunch atop a skyscraper', it's a photo that has often thrown up more questions than answers.

For 80 years, the identity of its taker and the eleven men in the photo remained a mystery.

It was a story lost in time, with its heroes unknown.

Who are the men in the photo?

However, a 2012 Irish documentary entitled Men At Lunch uncovered some unknown truths, including a theory that two of the men in the photo hailed from Ireland. 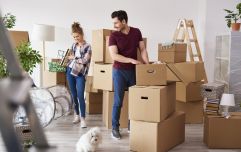 First-time buyers in Dublin: This virtual First-Time Buyers Masterclass will kickstart your mortgage

END_OF_DOCUMENT_TOKEN_TO_BE_REPLACED

Connemara filmmaker, Séan Ó Cualáin, saw the photograph on the wall of a Galway pub with an accompanying note, which read: "This is my dad on the far right and my uncle-in-law on the far left."

Ó Cualáin's curiosity got the better of him, so he asked the barman could he be put in contact with the note's scribe.

The barman duly obliged and, that evening, the filmmaker was on the phone to Pat Glynn, the son of a Shanaglish emigrant, who claimed his father was one of the men on the beam. 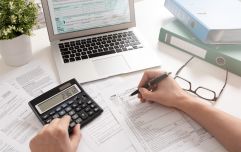 7 ways to take control of your finances

END_OF_DOCUMENT_TOKEN_TO_BE_REPLACED

After an investigation, he confirmed that the man holding the bottle was Pat's father, Sonny Glynn, and the man on the far left was Matty O’Shaughnessy, his uncle-in-law.

Joseph Eckner, third from left, and Joe Curtis, third from right, have also been confirmed.

Although some of the men within the photo remain anonymous, it is clear that most of them were men who travelled to America in the 1920s, with the dream of a better life.

Despite many people associating the photo with The Empire State building, it was actually taken on the 69th floor of the RCA Building.

It's thought that the photo was staged to promote Rockefeller's new skyscraper.

This is due to there being several other lesser-known photos taken as part of the shoot. 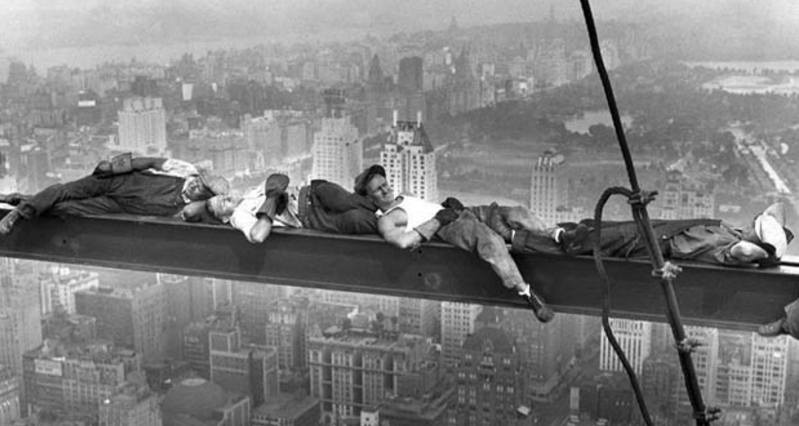 It first appeared in public in a Sunday photo supplement of The New York Herald Tribune on October 2, 1932.

Corbis, who bought the Acme Newspictures archive in 1995, now own the glass negative of this infamous picture.

Who took the photo?

'Lunch atop a Skyscraper' has probably been incorrectly attributed more than any other photograph in history.

Many people falsely credit Lewis Hine, the famous photographer who documented the construction of the Empire State Building.

Charles C Ebbets also got credit for this work, before a 2003 investigation found that it may not have been him who took the picture.

There were several photographers at the shoot, so it's impossible to know who took the shot.

This photo may not be attributed to any photographer, but it will always be associated with a type of person.

A person who's willing to travel the world in the hope of a better life. A person who dreams big.

Another person who dreamed big and achieved greatness is Conor McGregor. Watch as the Dublin native discusses his journey and explains how you can follow your dream below.

If you want to Dream Big with thanks to Budweiser and live your American Dream to the value of €50,000 then visit BudDreamBig.ie to enter. Over 18s only. Please enjoy Budweiser responsibly, visit DrinkAware.ie

The Big Reviewski || JOE · TBR Spotlight: The Falcon and the Winter Soldier Episode Four - 'The Whole World is Watching'
popular
The JOE Music Quiz: Week 52
The JOE Friday Pub Quiz: Week 238
Thunder Force review: somebody needs to stop letting Melissa McCarthy's husband make movies
The Falcon and the Winter Soldier is on the precipice of dealing with an incredibly sensitive topic
Irish mobile network GoMo launches new €14.99 per month "for life" offer
QUIZ: Can you identify the cities of California from this list?
The JOE Movie Quiz: Week 97
You may also like
1 week ago
COMPETITION: Win a craft beer hamper for you and one each for three friends
2 weeks ago
First-time buyers in the South-West: This virtual First-Time Buyers Masterclass will kickstart your mortgage
2 weeks ago
The Ultimate Marvel Quiz: Falcon and the Winter Soldier
3 weeks ago
5 reasons why Apple Pay makes life easier for permanent tsb customers
1 month ago
Get moving this April and raise funds for a good cause with Focus Ireland's virtual marathon
1 month ago
First-time buyers in the East and South East: This virtual First-Time Buyers Masterclass will kickstart your mortgage
Next Page