It's a topic which has brought nations to the brink of war and has divided opinion the world over, but where do you stand on the thorny, controversial issue that is low-cut v-necks on men?

The English actor is still one of the most bankable actors on the planet and is viewed as something of a sex symbol in some circles. He's been spotted wearing low-cut tops like this one below: 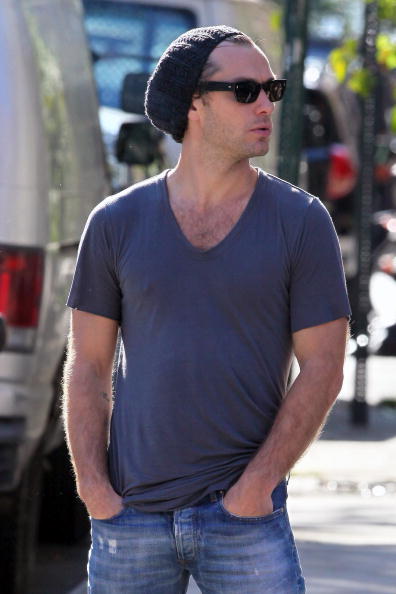 However, when he's not trying to show the world his man cleavage, he dresses like this: 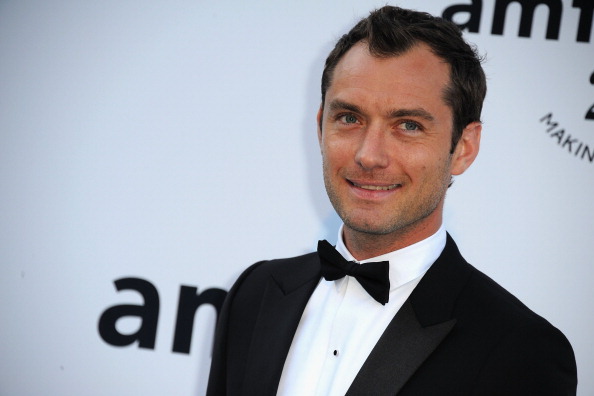 Verdict: Jude Law is a handsome man, of that there is no doubt, but we feel he's much better covering up his chest and going smart like the picture above.

Ryan Gosling is one of the biggest stars in Hollywood and just like JOE, he suffers the affliction of having to fight the women off, such are his levels of handsomeness. Gosling wears the v-neck sporadically like below: 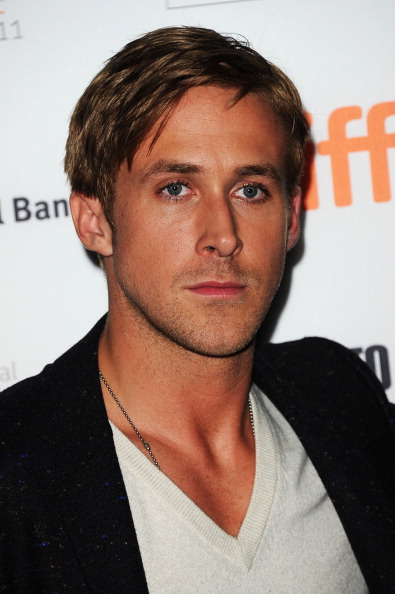 He likes to cover up the gold every now and then too and can dress smart  like a boss: 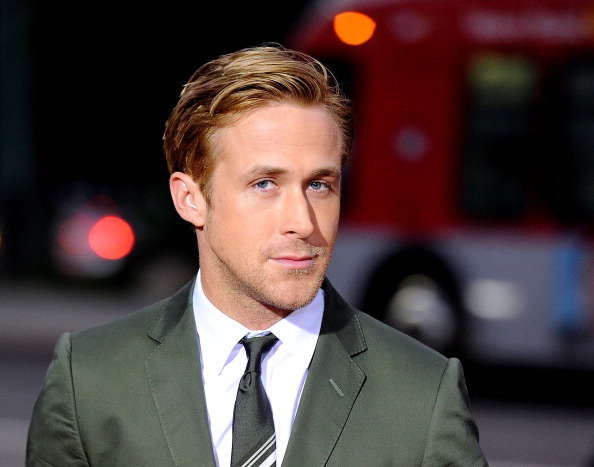 END_OF_DOCUMENT_TOKEN_TO_BE_REPLACED

Verdict: The man is in the fortunate position that no matter what he wears, he manages to look very cool. He could wear a bin-liner with a saucepan on his head and still manage to look very chic. The verdict is that the v-neck looks good on the Gosling.

The British music mogul has long been a controversial figure. His biting put downs for pop-star wannabes in his talent search TV shows are renowned the world over. That's all very well, but what's he like in a v-neck t-shirt? Well, as you can see from below....it's not very pretty: 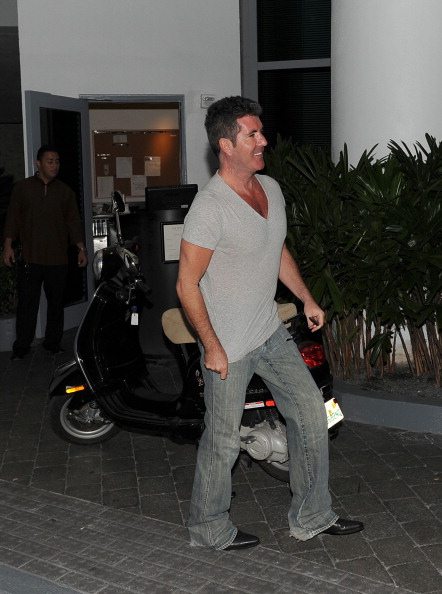 When he's not cutting people's dreams and aspirations to pieces, he's often out on the celebrity circuit attending premieres and supermarket openings. Sometimes he covers up the pecs/moobs. Oh wait, no he doesn't: 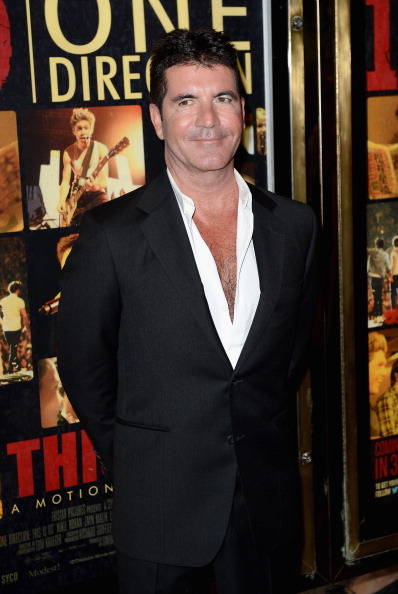 Verdict: Yeah Simon, it's not awful, it's just not what we're looking for right now. We think you'd be better off doing the clubs and coming back to us next year, a little bit wiser and a little bit more covered up.

One member from death metal collaboration, JLS, Marvin Humes has been known to expose the pecs without removing his top. He's a fifth dan black belt in v-necked t-shirts. Here he is in a 'chest-off' with his missus : 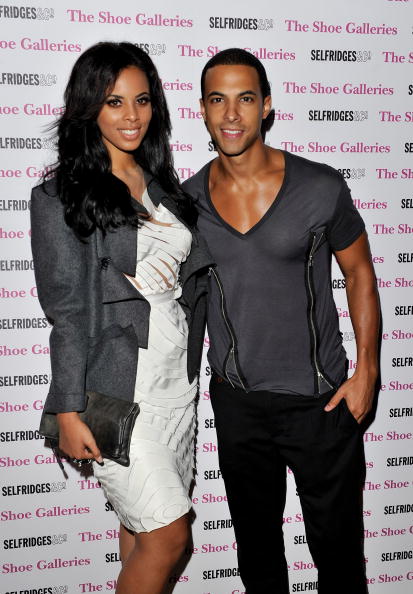 When he wasn't posing for pec pics or writing satanic death metal tunes, he could sometimes go out and keep the chest covered. Rare occasions admittedly, but he did it and here's the evidence: 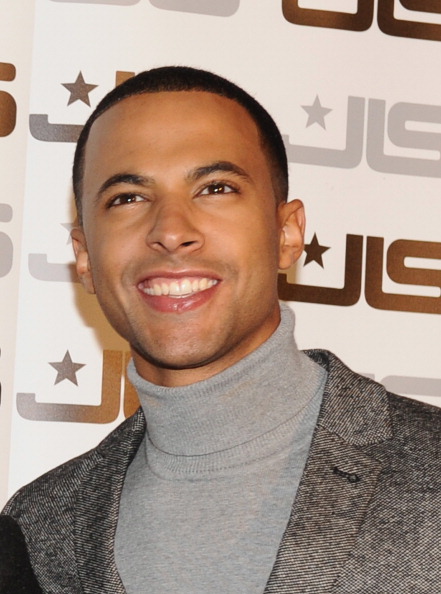 Verdict: Marvin Hume is probably a nice gentleman who works out a lot. We feel that he manages to pull off the v-neck look with considerable aplomb. The turtle-neck abomination is enough for us to decide that he wears the V better than not.

Canadian rapper, Drake, real name Aubrey Drake Graham, so no wonder he just calls himself Drake, is another exponent of the dark arts of v-neck wearing. Check this out: 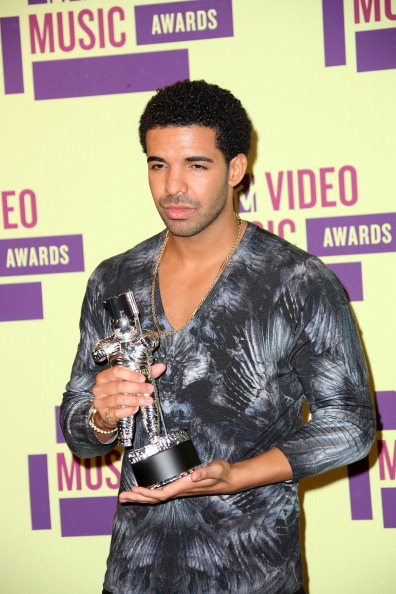 Sometimes, Drake would ditch the V and be quite the dapper rapper: 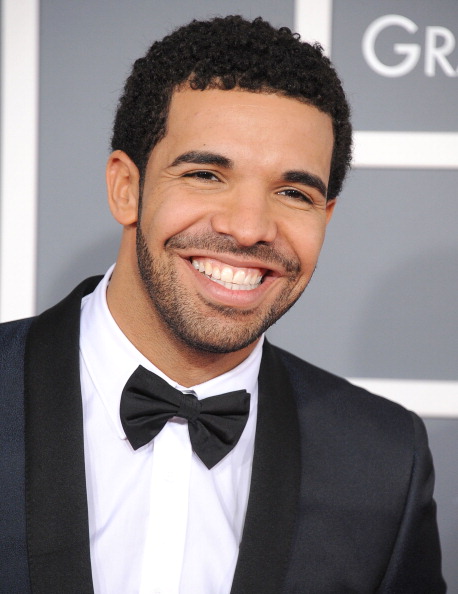 Verdict: Drake is a hugely successful artist who makes buckets of cash every day and probably, like JOE, has armies of girls after him. Whether he wears a low-cut v-neck or not is a moot point. He's won at life anyway.

Think you have good taste? Find out by taking the innocent taste test 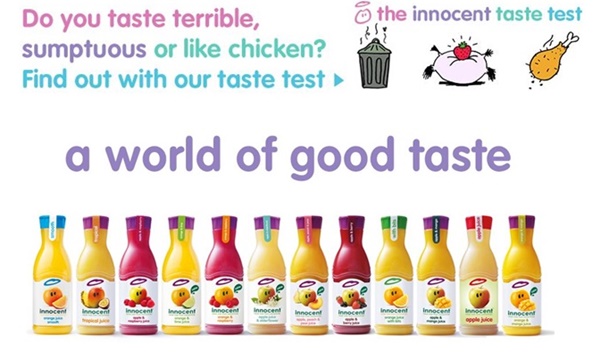 popular
QUIZ: You'll need to be razor-sharp to get 100% in this General Knowledge Quiz
The JOE Friday Pub Quiz: Week 307
An exciting Irish crime thriller is among the movies on TV tonight
James May reportedly hospitalised after crashing into wall at 75mph filming new show
Shooting stars set to light up Ireland's skies this weekend
The JOE Music Quiz: Week 117
Thunderstorm warning to kick in for Ireland this weekend
You may also like
8 months ago
Penneys to create 700 jobs over new investment and store
2 years ago
New Irish fashion label seeking ‘burly’ male model to be the face of the brand
2 years ago
Aer Lingus unveil brand new uniform for flight attendants
2 years ago
Nine outfits you have definitely seen men wear on a night out in Ireland
3 years ago
These 'shoe condoms' could be just what you need this festival season
3 years ago
PICS: The new male and female Garda tracksuits will be a big hit this summer
Next Page