Pic: A typical case of lazy, but funny, Irish parking...

Following on from this morning's bad parking picture, we've been sent in this great little shot featuring a case of typical Irish laziness. In fairness, it's pretty funny.

Bad parking really pisses us off here in JOE, but there’s something to be said for cars that are so badly parked that it’s comical. Earlier on today we were sent in the pics below from JOE reader Emmett Gallagher who thought we might get a laugh out of his awl lad’s questionable parking attempt. And by God did we... 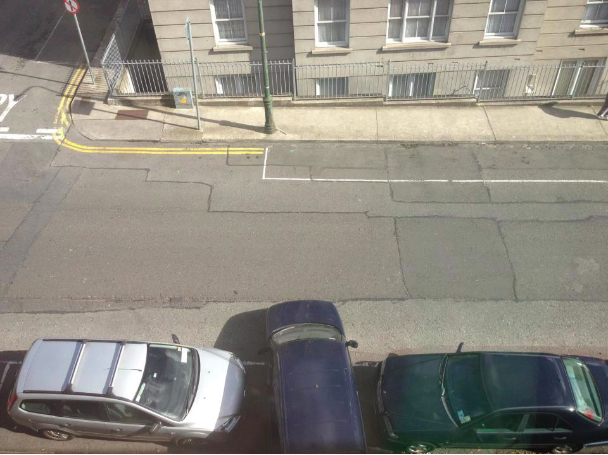 Here’s the back story: Emmett moved into his new apartment in Dublin 1 late last year and his dad was bringing over some boxes of stuff from Emmett's old place. So instead of parking on the other side of the street and carrying the boxes an extra 3 meters across the road, he parks half on the kerb and half on the road in between two cars. 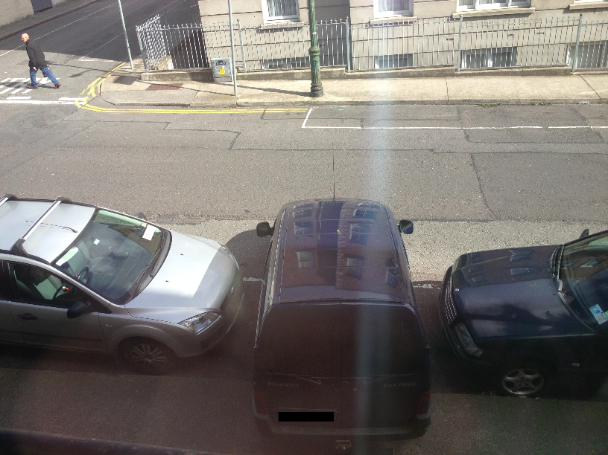 In fairness, we all thought it was hilarious here in the office and in case you’re wondering, Emmett’s awl lad, who shall remain nameless, managed to avoid the dreaded clampers.

Hat tip to Emmett Gallagher for sending in the pictures.


popular
The Pope wants you to put the phone away for Lent and stop trolling people
Rian Johnson says Apple won't let villains use iPhones in films
Creed 3 finally happening as a new writer joins the series
The hunt is on for a new Indiana Jones director
Galway parish reports record high attendance at Ash Wednesday drive-thru
QUIZ: What movie/TV show are these fictional sports teams from?
You may also like
1 week ago
A preferred route has been chosen for the new Cork to Limerick motorway
1 week ago
Hands on with the new Ford Focus ST
2 weeks ago
Multiple roads all over Ireland affected as snow falls throughout the country
3 weeks ago
Gardaí unveil two new speed detection devices amid speeding crackdown over the next month
1 month ago
Trampolines and fallen trees affecting traffic all over Ireland due to Storm Brendan
1 month ago
Sale of new petrol and diesel cars set to be banned in Ireland after 2030
Next Page