Can’t say we saw this one coming.

Last week, JOE reader Jimmy Phelan was heading to a birthday party being held for the daughter of a close friend of his.

Jimmy wanted to get her a nice card to mark the occasion and thought he couldn’t go wrong with a nice pink one he picked up in Waterford with a picture of a teddy bear and a lovely poem on the front. 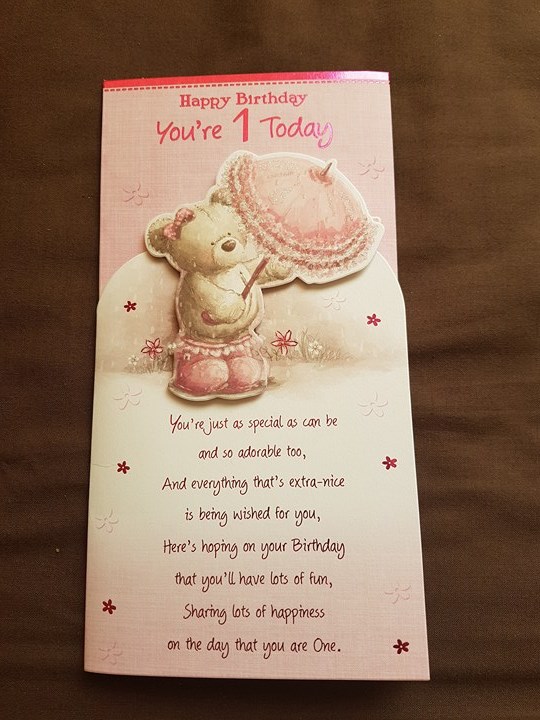 So far, so good, until Jimmy, having bought the card, went to write on it just before he left for the party and found that what was on the inside didn’t quite match the front cover. 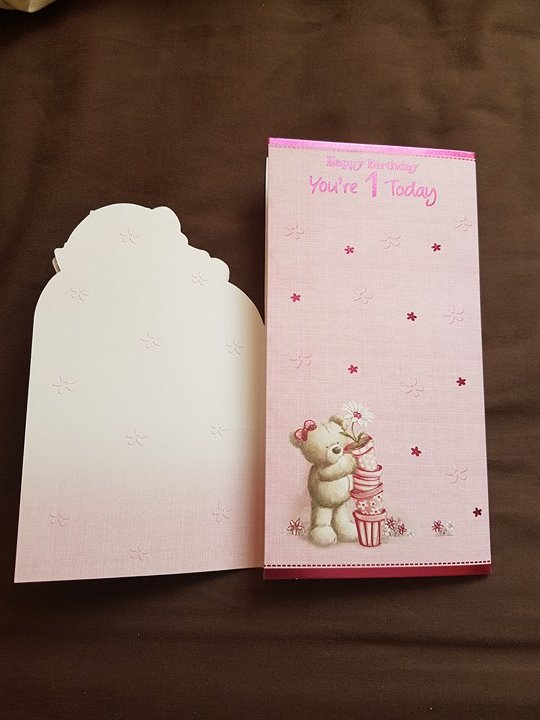 Now it takes a strange turn... 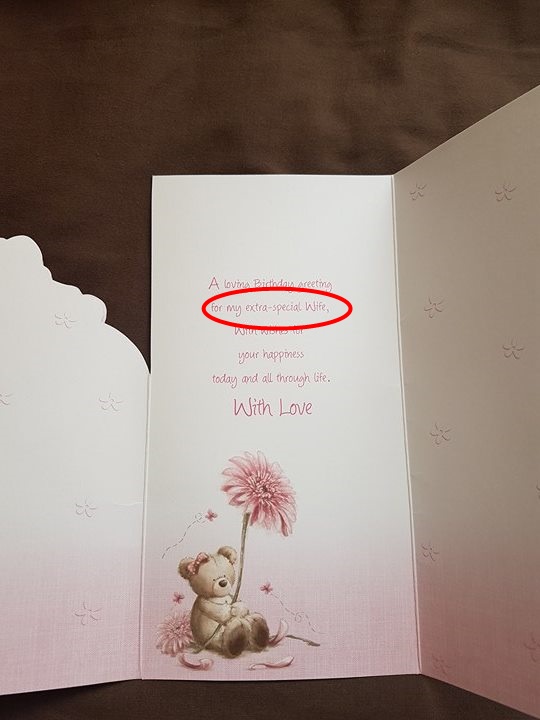 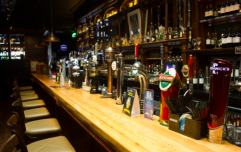 The Irish Pub of the Year for 2019 has been revealed

END_OF_DOCUMENT_TOKEN_TO_BE_REPLACED

Luckily for Jimmy, he spotted it in time and saved himself the embarrassment (even though it wasn’t his fault) of explaining why the card he bought for his friend’s one-year old daughter was actually addressed to his wife.

That would have led to a few awkward conversations alright.

The greeting on the inside did include a picture of the same teddy bear from the front of the card so obviously there was some wires crossed in the quality control department.

Cheers to Jimmy Phelan for sending this our way. Got a story for JOE? Hit us up on Facebook or Twitter, send it to our WhatsApp number 087-4001102 or mail editorial@JOE.ie.

House of Rugby Ireland · Murray & Sexton debate, France's Covid hell and James Tracy interview
popular
Dublin beauty salon owner arrested after reopening for second consecutive day
Johnson & Johnson one-shot vaccine safe and effective, FDA finds
574 new Covid-19 cases confirmed, 56 further deaths
10 years on, the ultimate example of Great Trailer Terrible Movie has yet to be topped
Government looks set to abandon €9 substantial meal rule this year
QUIZ: Can you identify these world cities on a map?
The expiry dates of driving licences has been extended again
You may also like
1 week ago
125 jobs to be created with new Aldi store in Kilkenny
3 months ago
A man in Kilkenny has died following a road traffic collision
4 months ago
Appeal for witnesses following fatal tractor crash in Kilkenny
6 months ago
Man arrested following discovery of explosives in Kilkenny
6 months ago
Man dies following incidents at Tipperary and Kilkenny houses
8 months ago
Man dies following traffic collision in Kilkenny
Next Page