There are a few things that JOE knows very well and can recite instantly when put on the spot.

For example; we know all the words to Whiskey in The Jar, the entire starting XI from Ireland's match against England in Euro '88 and most of the multiplication tables. We still struggle when things are multiplied by zero though.

Our knowledge of Irish geography is bulletproof though after being rigorously tested during secondary school.

We would like to think that if we were blindfolded and left stranded in the middle of a field in Cork, Kerry or Dublin then we could find our way home.

Sadly, we can't say the same for the person that drew this map in Ryanair's in-flight magazine.

Ryanair in flight mag. knowledge of Irish geography could be better. pic.twitter.com/OIWPVn8pyf

JOE reader Gareth Conroy got in touch with us also to inform us that Michael O'Leary's company have made some previous 'geography errors' when it comes to their maps.

Take a look at where Liverpool and Dublin are located on this one. 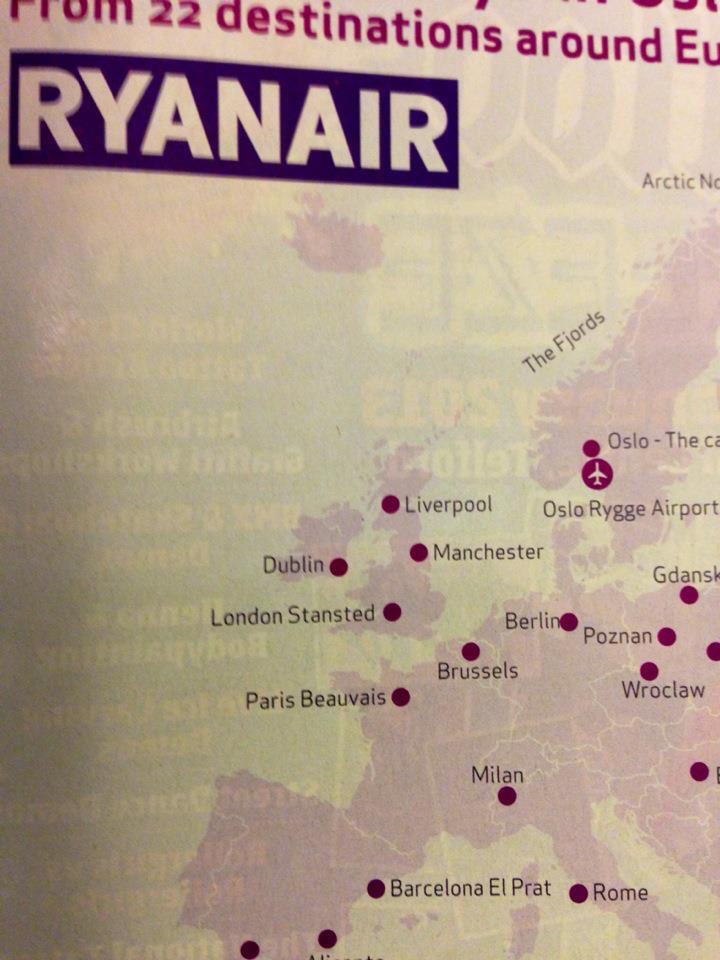 
popular
Roy Keane will be appearing on this week's Late Late Show
Tayto have launched two brand new crisp flavours for you to get stuck into
Study shows it takes men four months of dating before they’re happy to share food with their partner
It's Week 20 of JOE's 19 in 90 quickfire quiz
The story behind Netflix's latest true crime documentary is absolutely off-the-wall bonkers
QUIZ: How well do you remember these classic PS2 games?
Here are all the best new titles coming to Netflix in March
You may also like
3 days ago
Ciara and Dennis have left, but this week's weather is still pretty bad
2 weeks ago
Massive drop in import of cars from UK to Ireland due to new emissions levy
2 weeks ago
Department of Health advises Irish citizens to leave China
2 weeks ago
Rent prices fall for this first time in seven years, but it is still mostly bad news
3 weeks ago
Faulty lifts in NCT centres means motorists will need two visits to complete NCT tests
1 month ago
The CSO has revealed the most common surnames in Ireland
Next Page