Pics: This rental gaf in Dublin features a terrifying piece of artwork on the bedroom wall

Looking to rent an apartment for the summer in Dublin? Look no further…

This cosy apartment located in Kimmage, Dublin 6W, looks like the ideal place to stay if you’re looking for somewhere to rent for six months over the summer.

According to the advert over on Daft.ie the apartment will be available to rent from February 1 until September 1, 2015. There are two rooms to choose from, including one single room and one double room. 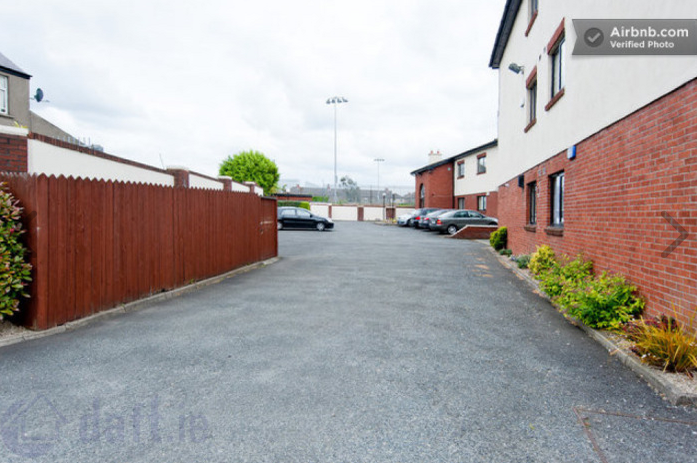 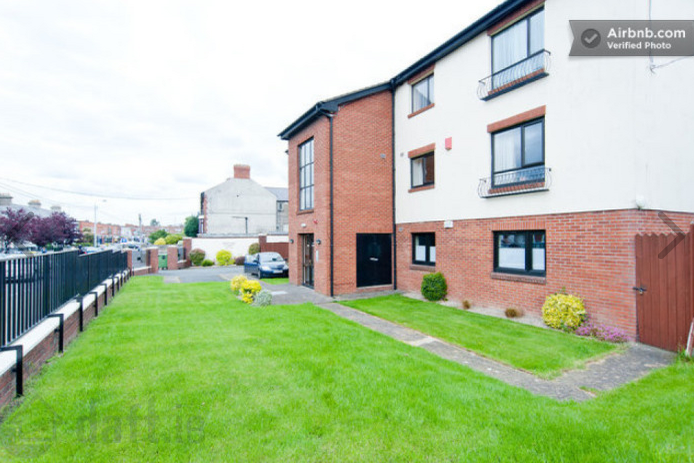 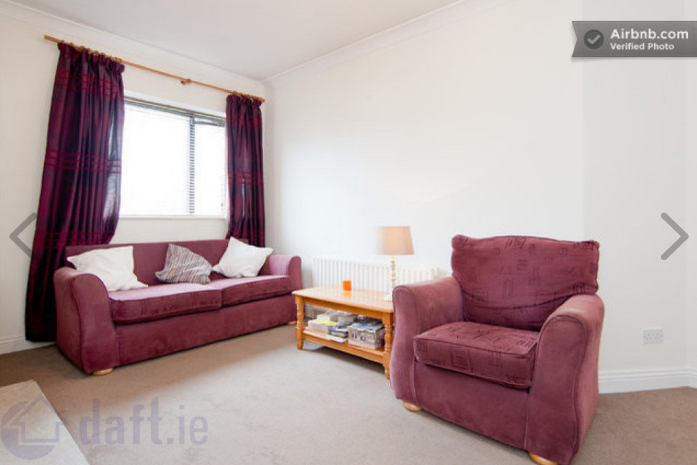 Romantic meal for two, anyone? Anyone? Bueller? 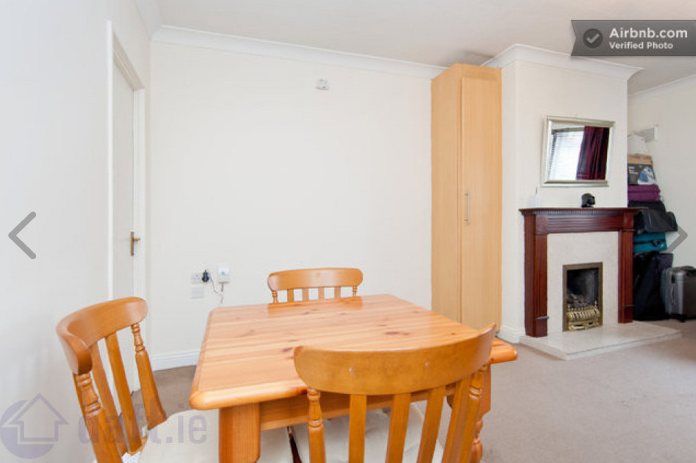 The kitchen is a tad pokey, but we’ll be ordering takeaway nine times out of ten anyway… 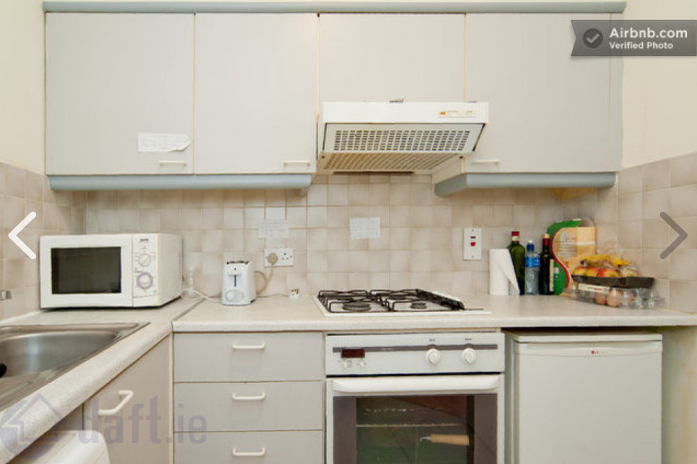 Nice big bed, but WTF IS THAT ON THE WALL? 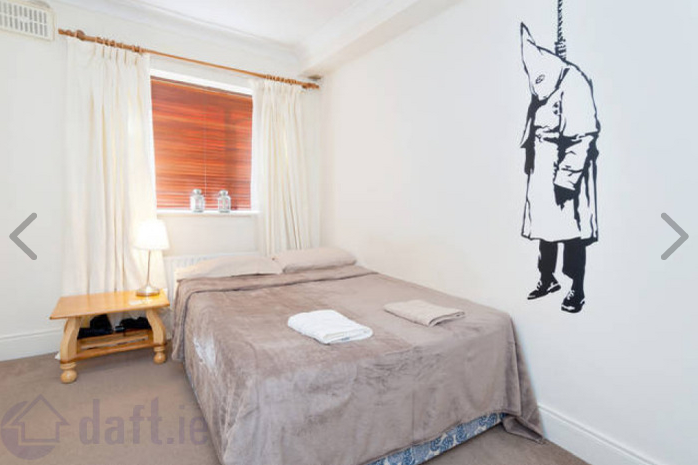 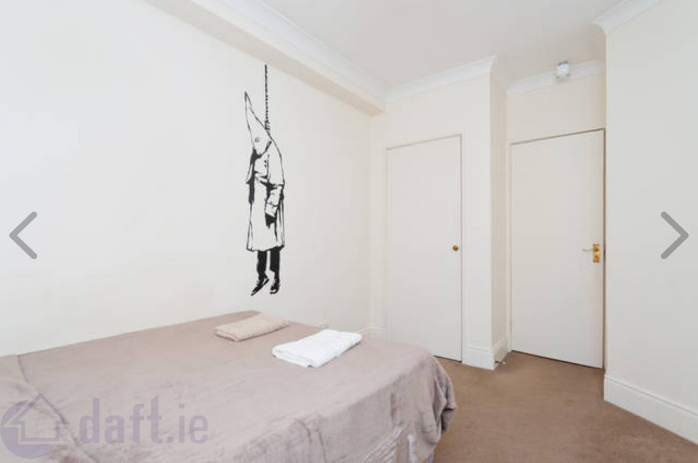 Yes, that’s right. It appears as though the previous resident of this particular bedroom decided to recreate Banksy’s famous hanged KKK member on the bedroom wall.

Pics via Daft.ie. Hat tip to Jean in TV3 for sending this our way.