PICS: US girl sends Valentine’s Day texts to 17 guys she met in Dublin pubs and nightclubs; gets hilarious replies

Only four replied, but they were worth waiting for.

Victoria (we’re assuming that’s her real name) is an American girl who has spent the past few summers in Dublin.

During that time, she spent quite a bit of time frequenting the pubs and clubs of Dublin and met a few members of the opposite sex with whom she shared a laugh, a dance or maybe even a kiss along the way.

END_OF_DOCUMENT_TOKEN_TO_BE_REPLACED

As a sort of Valentine’s Day experiment over the weekend, Victoria decided to send text messages saying ‘Happy Valentine’s Day' to 17 different fellas she had encountered on nights out in Dublin in the last few years to see what sort of responses she’d get. 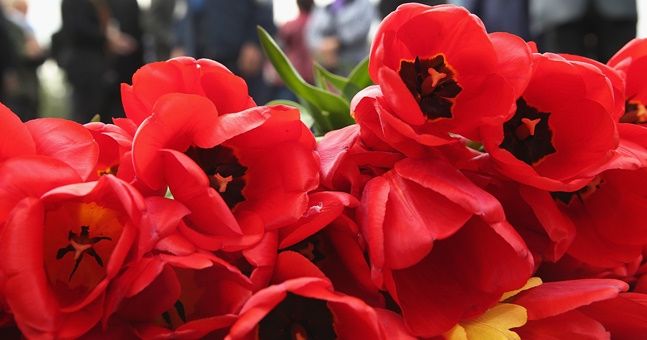 As well as blogging about the experiment, which she goes into more detail about here, Victoria sent us the responses she received from four out of the 17 gentlemen, all of which are very different indeed.

We are, of course, taking Victoria's word for it that these are genuine, but they're all most certainly worth a look in any case.

Wouldn’t you know that two of the replies were from guys she met in Coppers?

Any of these looks familiar? 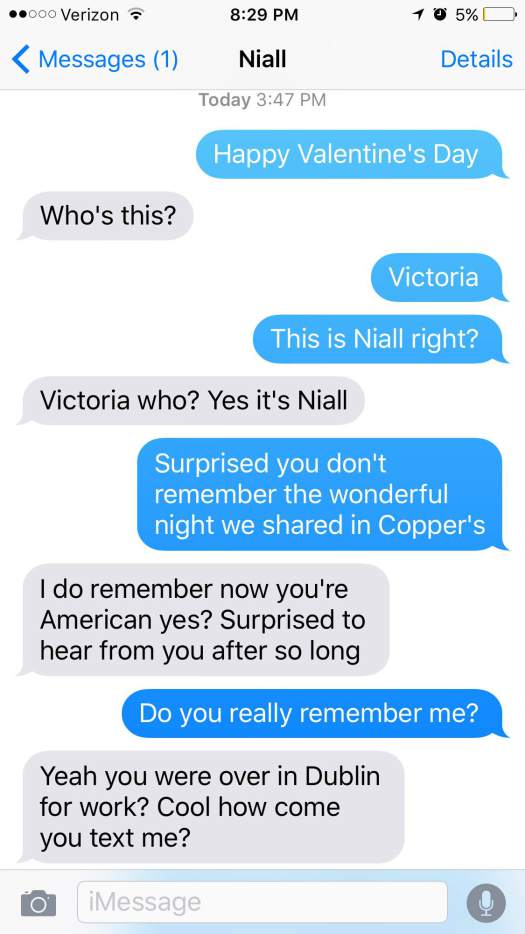 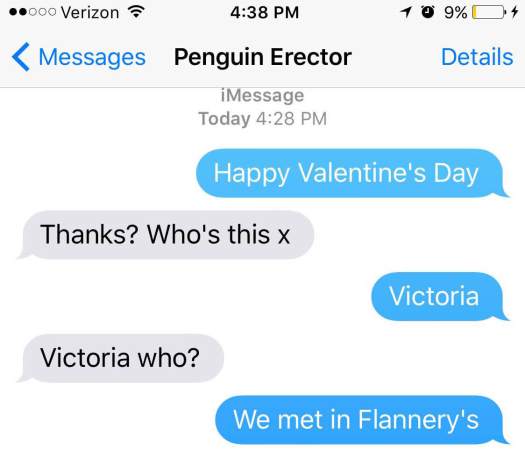 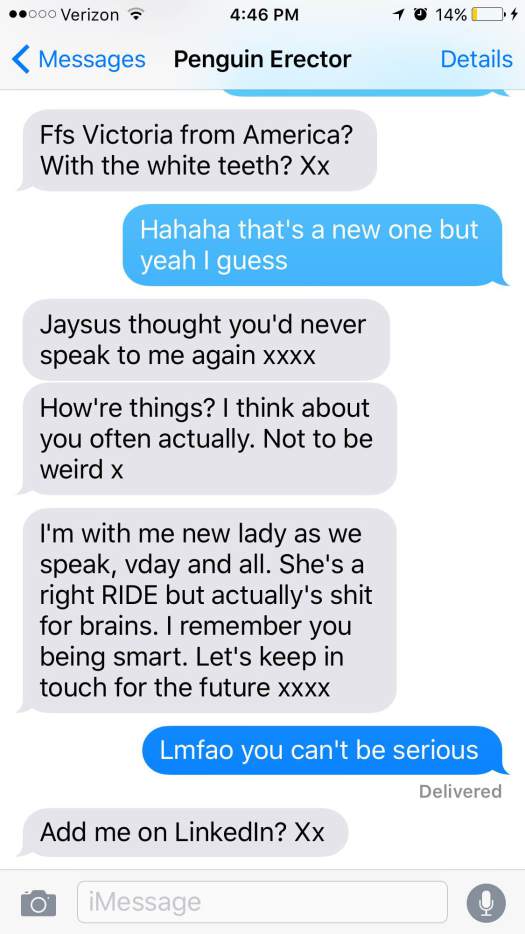 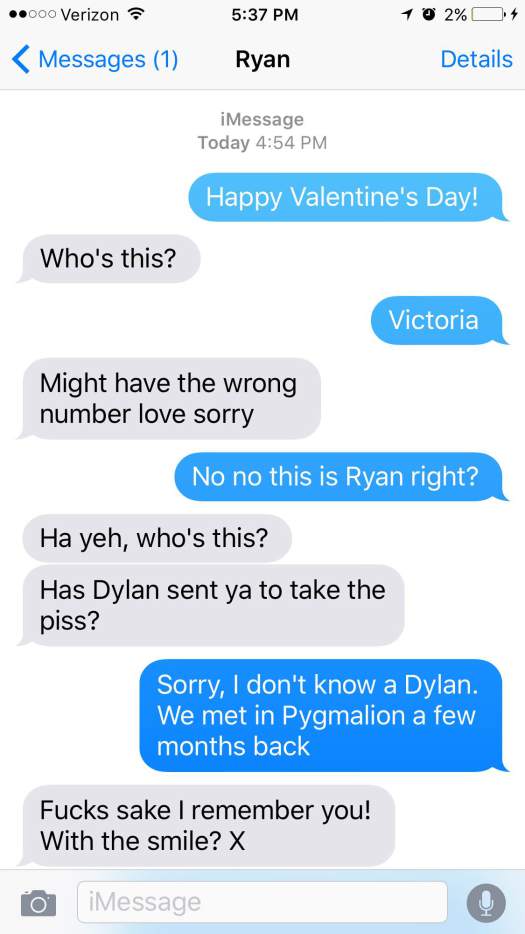 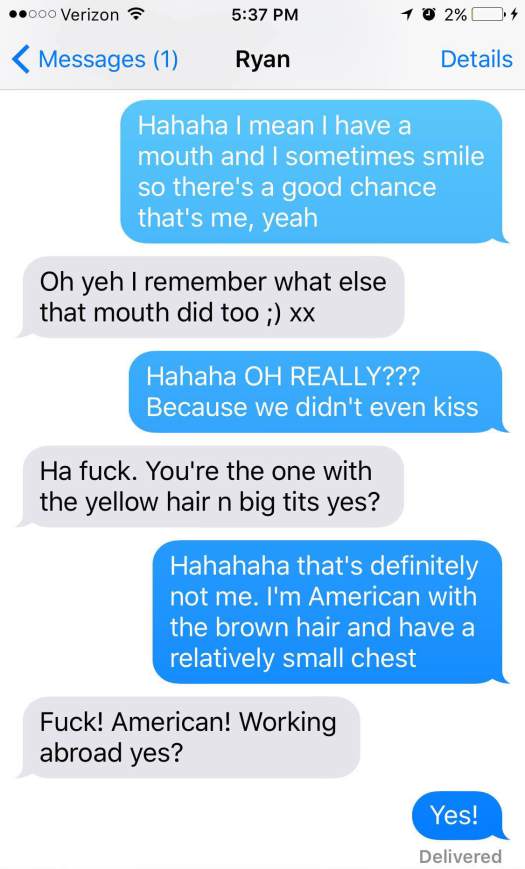 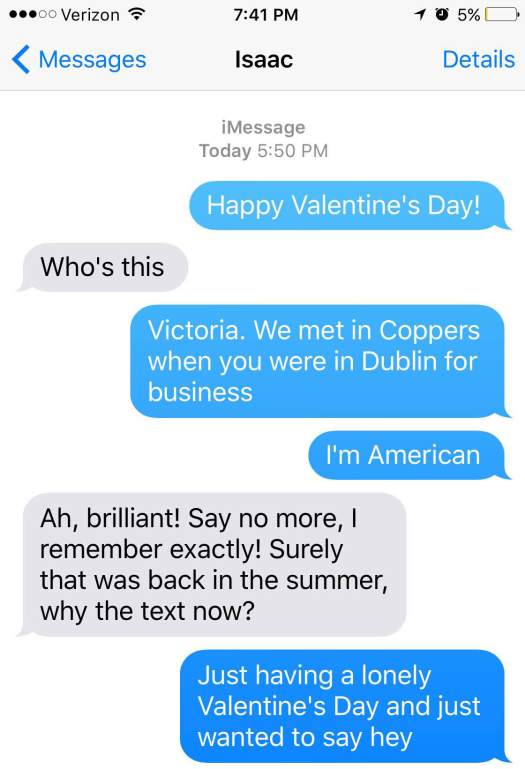 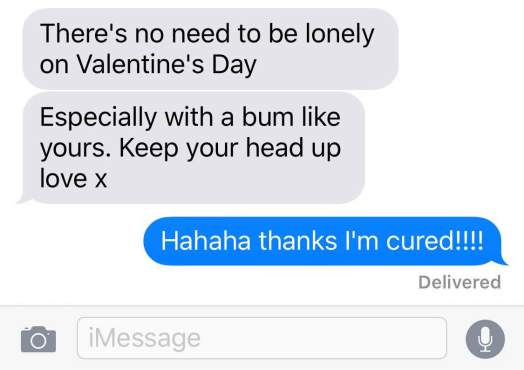 Cheers to Victoria for sending this our way. If you have something you would like to share with us, send it to our WhatsApp number 087-4001102, editorial@JOE.ie or hit us up on Facebook or Twitter.

popular
Here's how to make €9-11 on Revolut in just a few minutes
Green Party representative calls for a temporary ban of stag and hen parties in Ireland
Pop Idol star Darius Campbell Danesh has died, aged 41
Off-duty Garda arrested in Tipperary on suspicion of drink driving
Murder investigation launched following death of 75-year-old woman in Kerry
An stress-inducing music drama is among the movies on TV tonight
QUIZ: You won't be able to correctly guess the meaning of all these words
You may also like
6 hours ago
Dublin Bus passenger assaulted in suspected homophobic attack
5 days ago
Man charged in connection with death of Sean McCarthy in Dublin
1 week ago
Man in his 20s in critical condition following assault at public transport stop in Dublin
1 week ago
Murder investigation launched after discovery of man's body in Dublin apartment
1 week ago
Man arrested following discovery of a body in apartment in Dublin
1 week ago
Motorcyclist in his early 20s dies following two-vehicle collision in Dublin
Next Page