The Chrysler Delta: It will definitely grow on you

This week, JOE's Oisin Collins was behind the wheel of an American motor in the form of the Chrysler Delta. Here's how he got on.

Us blokes tend to judge cars like we judge women. Once it looks good, you couldn’t care less what the ride comfort is like – the same goes for the car. And we all know it’s easier to ‘depart’ from an ex-girlfriend/wife than it is to sell a car. That’s why it’s of the utmost importance to buy a motor that you will love until its dying days and not just one that looks good all dolled up on the forecourt.

On first impressions, the Chrysler Delta is a bit of a Marmite car. For some people it oozes style and a certain uniqueness that you’d expect from an Italian designed car. For others, i.e. me, it looks like the car was styled in Italy, by a group of play-school kids. 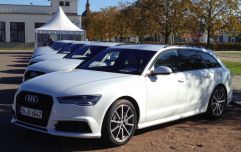 END_OF_DOCUMENT_TOKEN_TO_BE_REPLACED

Okay, so it isn’t exactly aimed specifically at the Irish market, but I still can’t see it doing too well over here. The raised sloping-rear of the car, which looks more suited to the sports version of the Popemobile, is sure to have half the parish talking about ‘Mr European over there’.

The interior of the car, at first glance, looks pretty impressive. Everywhere you look there’s big, bulky, expensive looking buttons and knobs and even a full leather cockpit. However, when you actually start looking past the air of luxury and back into reality you’ll notice that the buttons and knobs feel a touch cheap and the leather is no thicker than a sheet of paper. 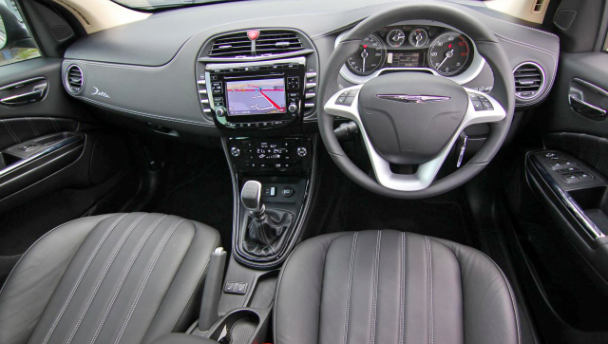 Looks can be deceiving

However, as I write this I can’t help but try and compare the Delta with another car that’s out there on the market. The only problem is that that’s a hard task. The Delta isn’t a saloon and it would be a hard push to call it a hatch back or an estate. It’s fairly unique in that sense, and that’s why some blokes will love the Delta. 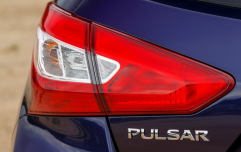 END_OF_DOCUMENT_TOKEN_TO_BE_REPLACED

You’ll be driving around in something that’s unlike anything else. When a patrol of VW Golf’s and Ford Focus’ pass you by, you’ll be able to say ‘well at least I’m different’, but in a good way. Although the Delta might not be every bloke’s cup of tea, it certainly is the alternative to the flat-grilled muscle car wannabe feel that all the other manufacturers are producing these days.

Mechanically, the car is okay. There are better gearboxes and slightly smoother suspensions out there, but you will find that the Delta grows on you. Once you actually take time out of your day to sit down with the manual (I can hear the boos and hissing already) you figure out the little hints and tricks that make the Delta much more enjoyable.

Other things like the cruise control, radio and navigation are easy enough to use (once you read the book that shan’t be named) and you really do get a sense of importance driving around in a Chrysler. Sure, it’s a Chrysler after all. It just reeks of posh like a bottle of good cologne, but not like David Beckham. 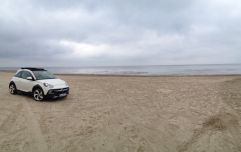 END_OF_DOCUMENT_TOKEN_TO_BE_REPLACED

Will the Americans love its oversized body and all the randomly shaped, randomly placed cubby holds? Yes. Will the Europeans love its unique shape and it’s fuel efficiency (only €225 for tax)? Of course. But will the Irish like it?

Not at first, but it will grow on us.

Open gallery
popular
The new film from the creators of South Park is going to get some big reactions
That Nic Cage film everyone is talking about is finally available to watch at home
Location of winning Lotto jackpot ticket worth €19.06 million confirmed
The JOE Movie Quiz: Week 137
One of Ryan Gosling's best performances is among the movies on TV tonight
Put the pedal to the metal with this General Knowledge Quiz
The JOE Friday Pub Quiz: Week 277
You may also like
1 year ago
Hands on with the new Ford Focus ST
2 years ago
JOE goes off road in Morocco to drive the beast-like Ford Ranger Raptor
4 years ago
How I survived driving an Opel Insignia Grand Sport on the wrong side of the road
7 years ago
JOE’s Car Review: New Nissan Juke
7 years ago
JOE’s Car Review: All-new Nissan X-Trail
7 years ago
JOE’s Car Review: Audi A8
Next Page
Life | 9 years ago
7
shares

The Chrysler Delta: It will definitely grow on you