This could be good news for consumers.

The Competition and Consumer Protection Commission (CCPC) has announced it has secured legally binding commitments from six parties that were under investigation in the private motor insurance sector.

Drivers could benefit from lower motor insurance costs on the back of the investigation by the CCPC.

END_OF_DOCUMENT_TOKEN_TO_BE_REPLACED

It's said the deal is supposed to boost the competition between the different insurance companies and require them to set their prices independently, which could mean lower insurance costs for motorists.

"Any form of pricing statements and suspected coordination that could manipulate future pricing raise serious concerns under competition law, as this can impact on competition and ultimately the price consumers pay."

END_OF_DOCUMENT_TOKEN_TO_BE_REPLACED

"The potential for consumer harm is particularly high in the motor insurance market as consumers cannot avoid taking out a policy if they are to drive legally."

However, Brokers Ireland, which was also the subject of the investigation, has declined to sign up to the agreements.

The group strongly rejected it had ever taken part in conduct which breached competition law.

“It is the CCPC’s view that Brokers Ireland, a representative body for insurance brokers, had a responsibility to fully address the conduct of its predecessor organisation, the Irish Brokers Association, which raised competition law concerns," McHugh said. 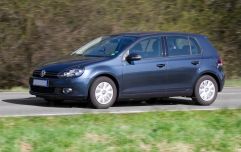 END_OF_DOCUMENT_TOKEN_TO_BE_REPLACED

"By signing an equivalent agreement to that of the other six parties, Brokers Ireland would have, in the CCPC’s view, demonstrated its commitment to compliance in the future."

McHugh added: "And whilst this particular investigation may have come to an end, the CCPC is in no way giving the industry a clean bill of health.

"In this context, the CCPC has written to the Central Bank to outline broader cultural concerns in the industry which have come to light during the course of the investigation."