"Everybody hates cars in Ireland."

Ocean FM featured a piece in the middle of July on their radio show where they talked to the Road Safety Officer from Donegal, Brian O' Donnell about donuts.

For those of you who don't know what that is, in simple terms, a donut is when a car basically goes around and around in circles.

Speaking on North West Today, O' Donnell said that drivers were blocking off roads in the dead of night to do these donuts and that it was dangerous driving, causing hassle to other drivers and putting them at risk on the roads.

A subsequent post was put on social media about the interview with the Road Safety Officer and one person, in particular, did not agree with what she believed was an unfair outlook on this driving manoeuvre.

Samantha Charles said that the interview was heavily biased, devoid of facts, unprofessional and did not have a car enthusiast to put up an argument against O' Donnell.

Charles who is a self-described car enthusiast said that she loves cars, spends a fortune on them and travels up and down the road going to car shows.

When asked about what she thought of donuts, she said: "As many people pointed out on that [social media] post, nobody has ever died doing a donut.

"I've never heard of an accident of anyone doing donuts and I don't know if you've ever seen anyone do a donut but it's done at a very low speed." 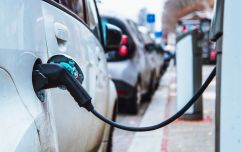 END_OF_DOCUMENT_TOKEN_TO_BE_REPLACED

Charles dismissed claims made by O' Donnell that roads were blocked off and said that the RSA should be promoting safe places and environments for car enthusiasts to have fun in their cars.

"Everyone hates cars in Ireland and nobody wants people on their doorsteps playing with cars. We need a controlled area where people can do donuts and the RSA do not promote car enthusiasts playing with their cars in a safe environment."

She finished the show by saying that the RSA had a lot more to worry about then people doing donuts and should focus more on things like substance abuse while driving.

You can hear the full interview with Samantha Charles below.


popular
Man being treated for suspected case of coronavirus in Belfast
The lineup for this week's Late Late Show has been revealed
QUIZ: Can you guess the pixellated movie posters?
QUIZ: Can you name all these European countries just from their vowels?
Met Éireann says there's a risk of snow for parts of Ireland this weekend
Here are the 5 best movies on TV this evening
Here are Ireland’s favourite takeaways, as per the National Takeaway Awards
You may also like
3 weeks ago
21 Irish women suffered vehicle breakdowns while en route to give birth last year
1 month ago
Irish car insurance premiums up 42% despite claims falling by 40% over last 10 years
2 months ago
What is the best car from the entire history of movies?
3 months ago
QUIZ: Do you know your dashboard warning signs?
3 months ago
€4.2 million research programme into driverless vehicles launches in Ireland
4 months ago
German politicians call for SUV ban after four pedestrians killed in one incident
Next Page