JOE goes behind the wheel of the Ford GT, the crème de la crème of supercars

JOE's Conor Heneghan took a trip to Germany recently for a rare opportunity to drive the stunning Ford GT, and loved every minute of it.

That was one of a number of thoughts going through my head as I sat in the foyer of the magnificent Grandhotel Schloss Bensberg on the outskirts of Cologne on a dreary October morning. 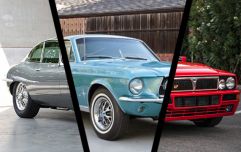 END_OF_DOCUMENT_TOKEN_TO_BE_REPLACED

I was also full of anticipation, excitement and no little trepidation as I prepared to take the driver’s seat of the latest version of the Ford GT, arguably one of the most iconic cars ever made.

The salubrious surroundings were just one reminder that I was in quite a privileged position, one of just eight journalists in Europe (and the only one from Ireland) invited out to Germany to take the GT for a test drive.

While opportunities to drive the GT are rare enough for members of the media, they are even rarer for the world at large. 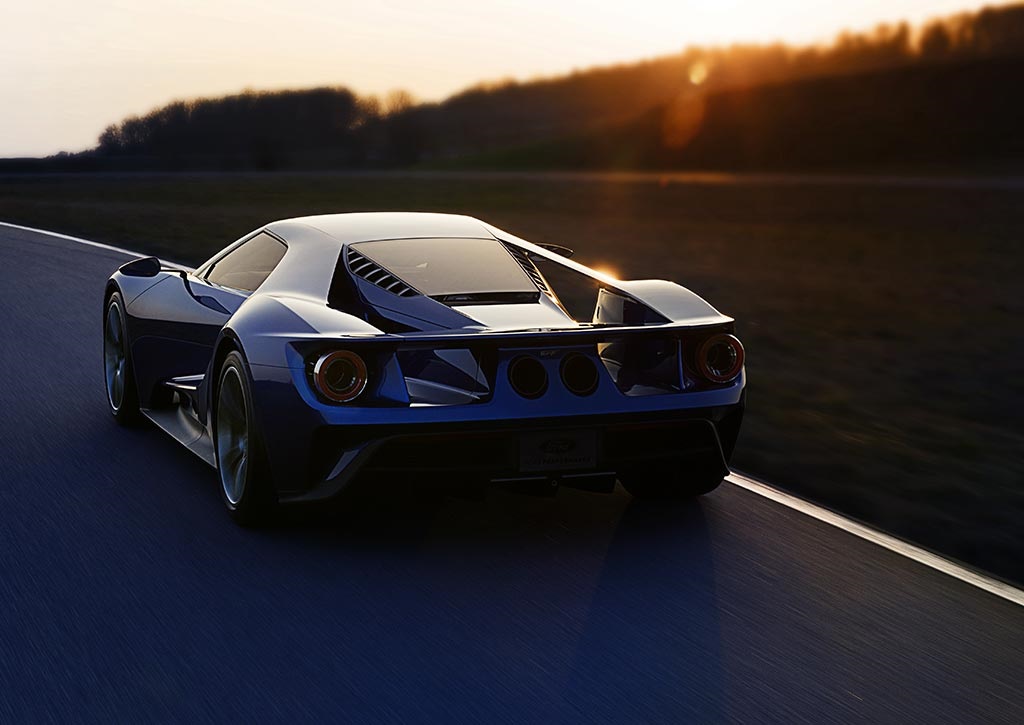 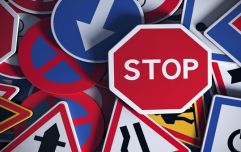 END_OF_DOCUMENT_TOKEN_TO_BE_REPLACED

In October of this year, Ford announced the production of an additional 350 units of the GT, bringing the total number of units worldwide to just 1,350.

Potential owners have to go through an application process to be even considered eligible to buy the car and have to be able to take delivery of it in one of 18 countries, 12 of which, including Ireland, are in Europe (check out the full list here).

Even the development of the most recent model of the GT was cloaked in secrecy. There had been whispers that Ford would look to commemorate the 50th anniversary of the car’s finest hour – at Le Mans in 1966 – in 2016.

Apart from a small, dedicated team of designers and some of the key decision-makers in Ford, however, few knew that the newest version of the supercar was being cooked up in a basement at a production centre in Dearborn, near Detroit, until it was unveiled at the International Auto Show in the Motor City in January 2015. 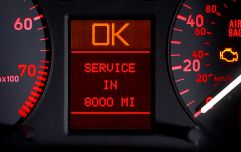 END_OF_DOCUMENT_TOKEN_TO_BE_REPLACED

Although delivery is available to more countries in Europe than any other continent, only 50 models of the GT are available in Europe every year. Two of those 50 in 2018 have been sold in Ireland despite an asking price of €470,000 (starting price). Before tax.

The identity of those two owners, to the wider public at least, remains a mystery, although in a country which isn't exactly a haven for supercars, you're going to be pretty conspicuous popping down to the shops for a loaf of bread in a motor like this. 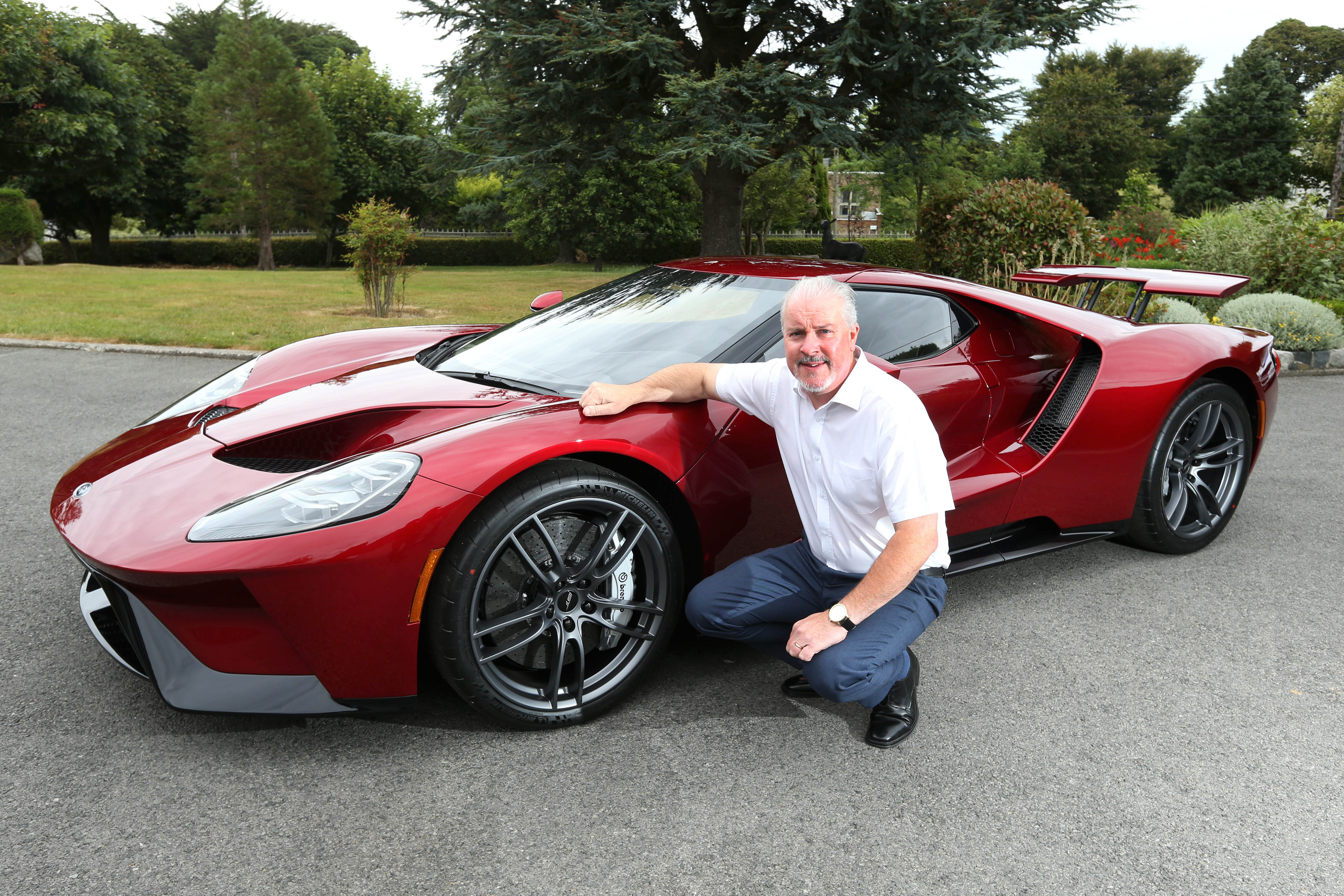 So, to put it mildly, I knew I was in rare company even being able to sit inside the GT, let alone take it on a three-hour round trip around the rolling hills and pretty villages of the North Rhine-Westphalia region, with a decent stretch of the Autobahn and plenty of winding roads thrown in for good measure.

Before I got going, however, I was given a rundown on some of the car’s impressive stats by some understandably proud Ford technicians while marvelling at the sleek blue model I was about drive in the flesh.

Housed in the lightweight carbon fibre body shell is the most powerful EcoBoost petrol production engine ever, a mid-mounted, next-generation twin-turbocharged EcoBoost V6, capable of producing 647 horsepower and 550 lb-ft of torque. And boy, does it sound good, even when humming in neutral, never mind being tested to its limits… which we’ll get to later. 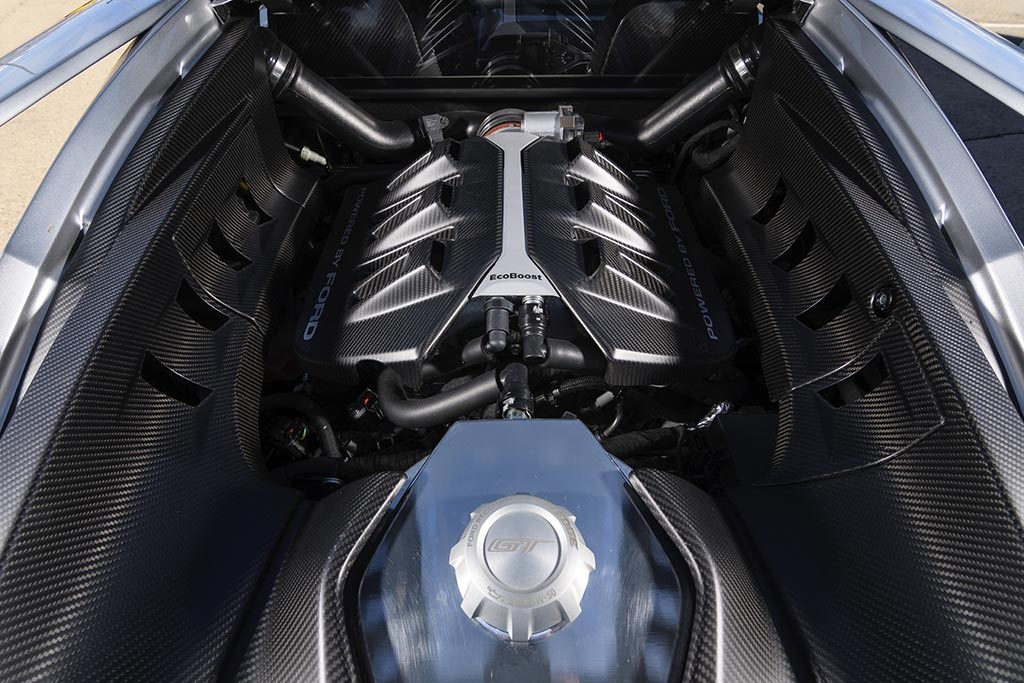 The GT is rear-wheel drive, features carbon fibre composite forged alloy wheels and comes with adjustable, multi-mode suspension that enables a driver to change the ride height of the vehicle at the touch of a button. The car is a triumph of engineering, but it could belong in an art gallery too; it’s no wonder no more than 250 of them are made a year at a Ford production facility in Canada.

And, perhaps, most importantly, it’s a joy to drive.

The GT, of course, is best known to a lot of motoring fanatics as a race car. It has a particularly illustrious history in the famous Le Mans 24-hour race, which was won by various incarnations of the GT MK40 for four consecutive years between 1966 and 1969.

Not surprisingly then, the first thing that you can’t help but notice is the sheer speed of it.

This is a car, after all, that can go from 0-60 (mph) in less than three seconds and while I didn’t have a standing start on the Autobahn to test that stat, I can testify that, when you do put the foot down, its acceleration is both frightening and exhilarating to behold and experience at first hand.

I didn’t quite reach the top speed of 216 mph (347 kmh) – there are speed limits on certain parts of the Autobahn and it was quite busy on the day, that’s my excuse – but my accompanying Ford colleague gave it a good go when he took the wheel for a short time on the last leg of the trip and really let loose.

The Autobahn was an appropriate setting to showcase what the GT can do in a (relatively) straight line, but it was on the significantly narrower and windier regional roads where it really came into its own.

If, like me, you’re not used to driving these high-power machines, that sort of terrain might prove somewhat intimidating, but the car is so responsive that I felt comfortable within a matter of minutes. Comfortable enough to switch to manual transmission having conservatively stuck with automatic up to that point, instantly increasing my enjoyment of the experience in the process. 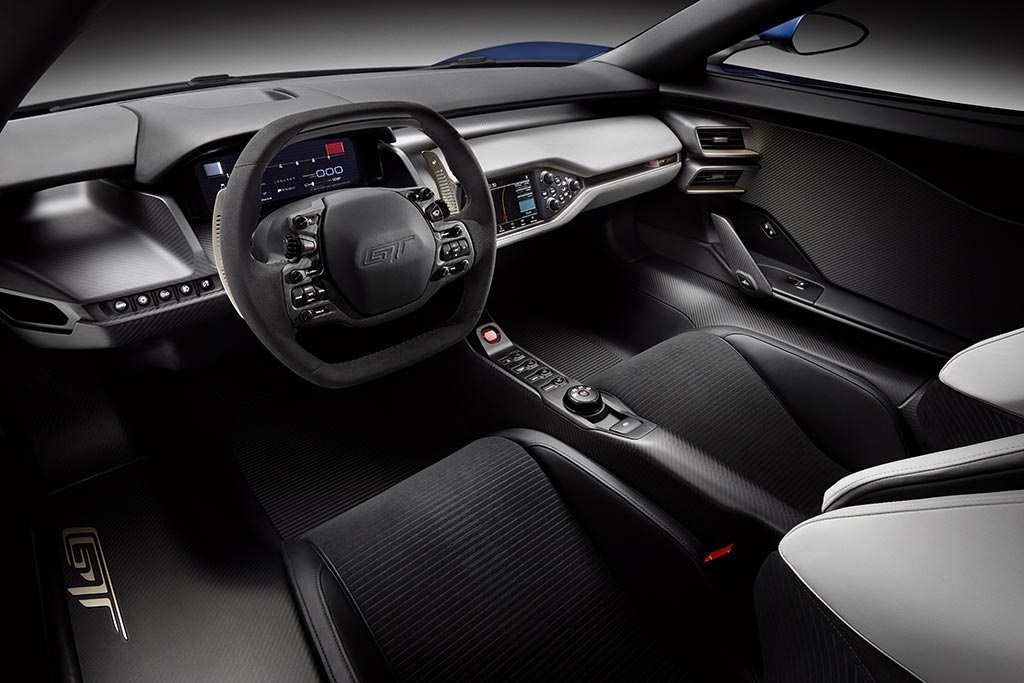 Top Gear recently said of the GT that “it might just be the best handling hardcore supercar of them all” and although a track is probably a more preferable setting in which to test and endorse that argument, the meandering roads that linked the villages we drove through provided a more than decent alternative.

Sat a lot lower to the ground than in an average car, you really feel as if you are mere inches from the ground on every single corner, but not in a manner which is any way uncomfortable; the steering and braking are as smooth as the car looks on the outside and it moves effortlessly through the gears.

To spend three hours behind the wheel of such a majestic machine was a privilege, I've certainly never driven it anything like it before and can say with a fair degree of certainty that I never will again.

Had I a spare half a million quid lying around then I'd gladly part with it to join the pretty exclusive list of Ford GT owners; those that are already on that list can consider themselves very fortunate.

For more information on the Ford GT, check out the Ford Ireland website.

popular
Katherine Ryan says famous TV star is a ‘predator’ and everyone in industry knows
20 years ago, one of the best sci-fi movies of the 21st century was a box-office bomb
QUIZ: Only the sharpest will get 100% in this General Knowledge test
QUIZ: JOE's Big News Of The Day Quiz #19
The JOE Movie Quiz: Week 181
The JOE Friday Pub Quiz: Week 322
David Walliams reportedly quits Britain's Got Talent after making offensive comments about contestants
You may also like
5 months ago
Aldi reveals locations for 41 new electric vehicle charging points throughout Ireland
5 months ago
It costs an average motorist an extra €750 to fill a petrol car compared to last year
11 months ago
These were the most viewed cars in Ireland
1 year ago
QUIZ: How well do you know your car logos?
1 year ago
The ultimate checklist of everything you need for your next Irish road trip
2 years ago
Nissan targets public transport users with car scrappage scheme worth a minimum of €3,000
Next Page