The top ten most popular imported cars have also been revealed. 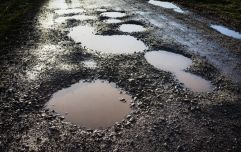 END_OF_DOCUMENT_TOKEN_TO_BE_REPLACED

According to the report, the reason for this is largely down to two main contributing factors.

The first is Brexit-related (obviously), and with the Sterling's stabilising strength once the deadline of Brexit was confirmed.

And the other was the introduction of the NOx Levy, which arrived on 1 January 2020.

The NOx Levy is an additional amount levied against the Nox emissions of a vehicle which must be paid on top of the standard VRT amount on first registration of a vehicle in the state.

The report also revealed the top ten models that are imported into Ireland via the UK:

The full report can be found here.

popular
Netflix has just added an incredibly tense 97-minute thriller
QUIZ: Name all the counties of Ireland that contain 3 vowels or more
Prime Video has just added 25 very big movies to its library
Irish people could be treated to spectacular sights in the sky over the next few nights
Eamon Ryan's mother dies in tragic accident on family holiday
A great underseen action thriller is among the movies on TV tonight
The Sweatiest Movie Quiz Of All Time
You may also like
2 days ago
Road Safety Alert issued as high temperatures continue across Ireland
6 days ago
QUIZ: Can you name all the counties in Ireland with an ‘N’ in their name?
1 week ago
QUIZ: Can you name the county that each of Ireland's 10 highest mountains are in?
1 week ago
Take a Hike: Crone Woods and Maulin Mountain loop
2 weeks ago
Apple TV+'s next big show is an Irish murder mystery
2 weeks ago
61 new speed camera zones to come into effect in Ireland today
Next Page