The flash sale will run until Tuesday.

Fuel and convenience retailer Topaz is dropping its fuel prices by 4c per litre in 50 of their stations across Ireland until midnight on Tuesday, 9 January. 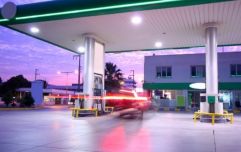 END_OF_DOCUMENT_TOKEN_TO_BE_REPLACED

Gordon Lawlor, Fuels Director at Topaz commented on the flash sale, saying: “Everyone feels the pinch over the long month of January, which is why we are delighted to announce this fuel drop in participating Topaz’s nationwide. With this latest offer, we hope to put some money back in motorists’ pockets after the busy holiday season.”

The full list of participating stations can be seen below and on their official site here.

Applegreen stores nationwide will also be slashing prices of petrol and diesel by 4c per litre this week at all 177 of their forecourts and dealers until midnight on Tuesday. More information is available here.

Full list of participating Topaz stations is as follows:

popular
RSA confirm online theory tests to come into effect later this month
Everything you can do from tomorrow as biggest easing of restrictions in months to take place
QUIZ: Can you identify the EU country of origin from these €1 coins?
2 more people with Covid-19 have died, 514 new cases
The JOE Music Quiz: Week 56
The JOE Movie Quiz: Week 101
QUIZ: Can you identify which of these countries have the colour blue in their flag?
You may also like
3 years ago
These Irish petrol stations will be selling fuel for 99c this week
3 years ago
Chemists have found a way to make petrol out of beer
3 years ago
Great news for Irish motorists regarding the price of fuel
5 years ago
Beer may not just be for Saturday night after this scientific discovery
7 years ago
The Oat Meal: Paleo salmon with mango salsa
7 years ago
Interesting infographic comparing the cost of petrol in every county in Ireland
Next Page