Cars sold in Europe are included.

Toyota has said it is recalling a total of 2.43 million hybrid vehicles around the world over a hybrid system issue which can lead to stalling.

The recall, which includes Prius and Auris models, covers vehicles produced between October 2008 and November 2014.

In a statement, the company said that some vehicles could fail to switch to a "failsafe" driving mode, increasing the risk of potential crashes.

"The involved vehicles were designed to enter a failsafe driving mode in response to certain hybrid system faults," Toyota said. 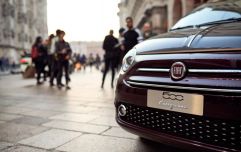 END_OF_DOCUMENT_TOKEN_TO_BE_REPLACED

"Toyota has found that in rare situations, the vehicle may not enter a failsafe driving mode as intended. If this occurs, the vehicle could lose power and stall.

"While power steering and braking would remain operational, a vehicle stall while driving at higher speeds could increase the risk of a crash."


popular
The lineup for this week's Late Late Show has been revealed
QUIZ: Can you guess the pixellated movie posters?
QUIZ: Can you name all these European countries just from their vowels?
QUIZ: How many of these Recess characters can you name?
Met Éireann says there's a risk of snow for parts of Ireland this weekend
Man being treated for suspected case of coronavirus in Belfast
Here are Ireland’s favourite takeaways, as per the National Takeaway Awards
You may also like
1 day ago
Wuhan shuts down public transport as death toll from virus rises
1 day ago
World Health Organisation says there's 'no doubt' e-cigarettes are harmful
2 days ago
KFC apologises for ad showing young boys staring at woman's breasts
2 days ago
Four people dead as China confirms Wuhan coronavirus can be transmitted by humans
3 days ago
Ireland now has the fifth largest number of billionaires per capita
6 days ago
Study finds that cattle can talk to each other about how they feel
Next Page