007 Days Of Bond: 5 reasons why Daniel Craig is almost as cool as James Bond himself

END_OF_DOCUMENT_TOKEN_TO_BE_REPLACED

Now is as good a time as any to reacquaint ourselves with the badass behind the Bond.

There are a lot of cool facts about Daniel Craig that every fan of the franchise should know. We've compiled some of our favourites below.

He scares the other Bonds 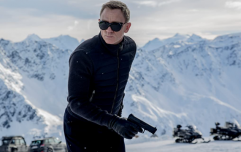 QUIZ: How well do you know the Daniel Craig era of James Bond?

END_OF_DOCUMENT_TOKEN_TO_BE_REPLACED

Moore, who played the uber-iconic spy on seven occasions, also admitted that Craig "frightens [him]". Nevertheless, he says that the current Bond is a great one.

And yes, we do watch Loose Women.

Reportedly, Craig was the only cast member of Tomb Raider to actually have played the video games. His favourite in the series was Tomb Raider II Starring Lara Croft.

Nothing better than a badass with the heart of a video game geek.

He's open-minded about the next Bond

Anthony Horowitz, the man behind brand new Bond novel Trigger Mortis, said that Idris Elba might not be a good fit for the 007 role on account of being too street, something that many took to be code for 'too black.'

Craig's attitude is apparently far more welcoming. The only criterion he has for his successor: 'Don't be shit.'

I guess that's just tough luck for you, because James Bond and Austin Powers are both Liverpool fans, so hop on the heli-Kloppter or watch your back.

He uses his powers for good

It always makes us feel good about humanity when people with money, influence and resources commit those things to making the world a better place.

Daniel Craig is the UN's first global advocate for the elimination of mines and explosive hazards, and is also heavily involved with SAFE, a Kenyan charity that uses street theatre to address social issues.

popular
Seven more suspected cases of unexplained hepatitis in Ireland under investigation
Netflix has just quietly added 12 big movies to its library
Gardaí investigating firearm being discharged near film set in Donegal
Amazon Prime Video has just added 21 big movies to its library
Has anyone seen Mr Tayto?
Dáil passes motion to secure public ownership of National Maternity Hospital site
Couple injured after alleged homophobic attack in Dublin
You may also like
7 months ago
James Bond was “basically” a rapist in some of the early films, says new director
7 months ago
Daniel Craig leads the charge on this week's line-up for The Late Late Show
7 months ago
Ranking Daniel Craig's James Bond movies from worst to best
8 months ago
Daniel Craig says goodbye to James Bond in emotional farewell speech
1 year ago
Lions star on Daniel Craig's post-match gift, worthy of 007 himself
1 year ago
New James Bond footage unmasks Rami Malek's mysterious villain in No Time To Die
Next Page