It's not Christmas without watching John McTiernan's classic action film so here are some of the reasons why Die Hard is the greatest Christmas film of all time.

1) Much like Joseph and Mary, John McClane was a weary traveller

END_OF_DOCUMENT_TOKEN_TO_BE_REPLACED

If it hadn't been for Holly McClane's persuasive argument for her husband to "come out to the coast, we'll get together, have a few laughs" then we might have never had the greatest Christmas film of all-time. God, we don't want to even think of a world without Die Hard.

Much like the parents of our lord and saviour, John was tired after a long trip from New York and needed a place to unwind, which he did by by taking off his shoes and socks whilst in his hotel room.

What's the worst that could happen? Cue all Die Hard fans saying in unison, "Shoot the glass".

2) The film is a perfect reflection of a Christmas party

END_OF_DOCUMENT_TOKEN_TO_BE_REPLACED

The film takes place on Christmas Eve as all the employees in the Nakatomi Plaza unwind with a few festive drinks and a well earned party following a tough financial year.

We're fairly sure that this type of rampant excess, drug taking and casual sexism would never be allowed to occur in the Irish financial system. *Cough, cough*

This Christmas party though is a million times rowdier and louder than most office shindigs because the 'exceptional' thief Hans Gruber has crashed the festivities in pursuit of the $640 million in bearer bonds lying in the vault.

The greatest similarity to real-life office parties though is that the Christmas party in Die Hard also features an office jerk that no one can stand. 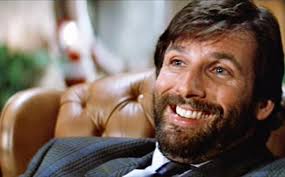 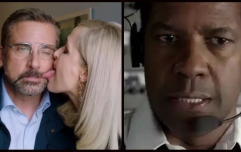 END_OF_DOCUMENT_TOKEN_TO_BE_REPLACED

Harry Ellis is the arrogant and self-proclaimed 'white knight' stockbroker who believed that he was the only man capable of talking some sense into Hans Gruber because, in his own words, he "negotiates million dollar deals for breakfast."

Oh, how wrong he was.

Ellis thought he could convince McClane to hand over the detonators but he forgot the golden rules of any negotiation:

1) Don't insult Germans with guns by saying "sprechen ze talk?" 2) Don't call Hans Gruber "bubby" and 3) Don't pretend to have personal ties with the cop that all the bad guys are desperately trying to kill.

Ellis did redeem himself though, his final line before dying is probably one of the greatest ever; "Hans, baby, put away the gun, this is radio, not television."

It was Christmas Eve and not a mouse was stirring in Nakatomi Plaza...apart from a rogue NYPD police officer who wages a one man war against a highly organised terrorist cell as he lays waist to henchmen and an entire building in a rampaging action epic featuring bullets, blood and bombs.

We all know that three wise men came with the gifts of gold, frankincense and myrrh to honour the birth of Jesus. McClane also offered up a few festive treats for the terrorists that took over the building.

We're fairly certain that they didn't want C4, bullets and strangulation by chain though. Worst. Gift. Ever.

4) Both tales feature a pregnant woman

A slightly tenuous link but it's still one that merits a mention. Joseph decided to rest in a manger because it was the only available location for the Virgin Mary to give birth to Jesus Christ.

Holly McClane also went out of her way to ensure that her work colleague was made to feel as comfortable as possible during her pregnancy because she pleaded with Hans Gruber for a couch so her friend could rest her aching back.

Both good Samaritans and even Holly's name is enough to get you into the festive spirit. 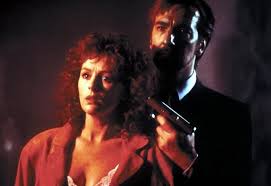 5) The value of family

The holidays are a perfect time for families to come together and enjoy each others company which is why McClane came out in the first place to meet his estranged wife.

Holly also brought their two kids with her and the NYPD cop really just wants to spend time with his family. Even the weaker future Die Hard films sees Willis team up with his son and daughter so it's clear that family ties are strong.

The McClane's attempt at marriage reconciliation isn't given as much time as the brilliant action, but it's there in the background, motivating John's actions.

The film is pure adrenaline and bravado but you'll have to have a heart like Hans Gruber not to be moved by John's statement that his wife "was the best thing that ever happened to a bum like him" or the moment when he's reunited with Holly.

Also, Karl's reaction after learning that his brother is dead makes him more formidable and shit scary at the same time. Best. Jumper. Ever. 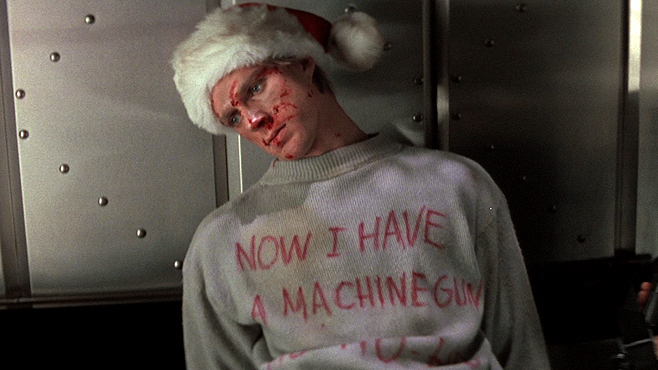 6) The spirit of friendship

It's obvious that McClane has a small band of friends that he relies upon to get him through Christmas Eve like his trusted driver Argyle (and that pimptastic Christmas bear) but the real friendship is with Al Powell.

Al and John are probably the best representation of male friendship on screen after Red and Andy in The Shawshank Redemption despite the fact that they only spend a few minutes on screen together.

We met most of our mates through college, football or the bar but we wouldn't be adverse to finding a new drinking buddy during a terrorist siege like these lads did. 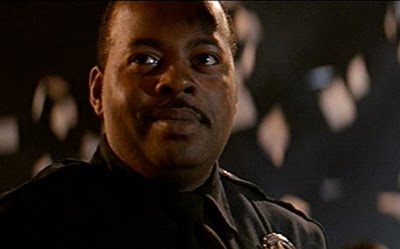 7) Hans Gruber is a greater Christmas villain than The Grinch

There isn't enough superlatives or a film journalist that's talented enough to describe the sheer levels of brilliance that Alan Rickman brought to this character.

8) It has the best use of Christmas wrapping tape ever

9) The music features some Christmas classics.

Reacquaint yourself with the Christmas themed soundtrack and some of the films best moments here. Oh, we also ranked some of the best supporting Die Hard characters here.

popular
Waterford man sentenced to three months imprisonment for operating "cruel and illegal" puppy farm
Netflix has just added 33 very big movies to its library
The full list of cancelled flights in and out of Dublin Airport on Monday (so far)
One of the coolest movies of recent years is now available to watch at home
QUIZ: Can you guess the crisps from the pixelated packet?
QUIZ: It's time for one of our trickiest General Knowledge Quizzes yet
Dublin Airport denies making 1,000 people redundant during the pandemic
You may also like
2 days ago
The 24 biggest movies still to come to cinemas in 2022
3 days ago
All of the new releases coming to Netflix, Prime Video, Disney+ and cinemas in July
4 days ago
The 10 Best (and 5 Worst) Movies of 2022 so far
4 days ago
One of the best sports movies of recent years is now available to stream at home
4 days ago
6 must-watch movies coming to Irish cinemas in July
4 days ago
Paramount reportedly making top secret prequel to one of the greatest horror movies of all time
Next Page