Because we all need a little direction at the start of a new week. Especially towards fun stuff.

We are so sorry.

Maybe you'll find something here to successfully distract you for a few hours, or you could head to the cinema instead and check out one of the new releases there? (Our reviews of all the new big screen movies can be found here.)

Remember when we thought this would always be the worst of the X-Men movies? How naive we were. Looking back, it is actually just the .... fifth worst? After Dark Phoenix, Apocalypse, and the first two Wolverine movies? Yeah, that sounds about right.

Nic Cage does his best to channel a character that literally becomes a flaming skeleton in order to get revenge on bad guys, and if anyone can channel that character, it is absolutely Nic Cage. 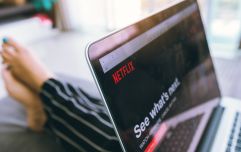 END_OF_DOCUMENT_TOKEN_TO_BE_REPLACED

Jason Statham is wrongly imprisoned and his only way out is to win a series of televised "death races", in which he and other convicts attempt to kill each other in amped-up cars. A lot more fun than you'd think.

Gabriel Byrne plays a priest who has been assigned by the Vatican to investigate a woman's (Patricia Arquette) claims that she is being tormented by a demon. It isn't long before he realises that not only is she telling the truth, but the demon is a lot more powerful than anyone could have realised.

Moving into a new home with their young daughter, a couple find a camcorder there that is capable of recording visuals from beyond our realm, including seeing the invisible friend that their daughter has made.

If you know the PA series, then you know exactly what to expect here.