30 years ago today, a huge Christmas movie was released in the depths of summer

Forget Die Hard, because THIS is the greatest Christmas movie ever made.

While we're firmly in the camp of believing that any movie set at Christmas should be counted - which means so do Gremlins, Iron Man 3, and Kiss Kiss Bang Bang - and we love Die Hard more than most of our own family members, it isn't the best Christmas film of all time.

Batman Returns opens with Pee Wee Herman and his on-screen wife dumping their infant child into a frozen river.

It doesn't get any less weird from that point on. 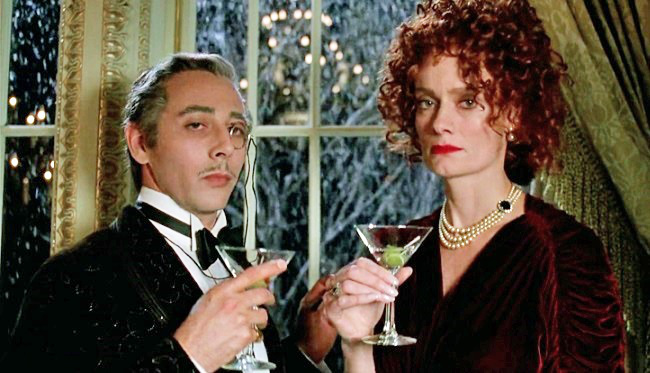 Released three years after Tim Burton's first Batman movie, the director had no real interest in returning to helm the sequel. It was only when he was given more creative freedom that he agreed to come back to Gotham, which involved ditching the original take on the script, initially revolved around Catwoman and The Penguin hunting down a buried treasure (?!), and also to  introduce Two-Face (to be played by a returning Billy Dee Williams) and Robin (to be played by Marlon Wayans).

END_OF_DOCUMENT_TOKEN_TO_BE_REPLACED

The first Batman movie cost $35 million to make, and made over $410 million at the box office. The sequel cost $60 million to produce, and made quite a bit less, raking in only $267 million.

Too dark, too weird, too adult-themed seemed to be the problem(s), so Warner Brothers didn't invite Burton back for the next one, which is how we ended up with the day-glo, Bat-nippled Batman Forever, which actually did feature both Two-Face and Robin.

Perhaps one of the bigger problems with Batman Returns was that it was set in and around Christmas, with the heavy snow and ice theme within the movie and publicity materials really pushing that angle. However, the movie was released in the height of summer, on 19 June 1992. This was years before the likes of Titanic and The Lord Of The Rings trilogy proved that Winter was also peak blockbuster release season, and the Hollywood couldn't imagine releasing a huge blockbuster at any time of year other than the peak of summer.

One of the other problems is that... well... the movie really is very, very weird.

END_OF_DOCUMENT_TOKEN_TO_BE_REPLACED

After dumping their son in the river, the baby-that-would-become Danny DeVito was taken in by penguins, who just seem to exist under the city, thanks to some kind of abandoned zoo.

When Michelle Pfeiffer is pushed out of a high window by her boss Christopher Walken, and she lands in the back alley behind the corporate skyscraper, we're then treated to a scene of a mass of cats effectively licking and biting her back to life.

Eventually, once most of the many, many, many different subplots fall aside - Shreck's secret power plant, Penguin finding his parents, Catwoman getting revenge on ... everyone?, Shreck making Penguin the Mayor - we eventually land on the big bad central plot, which starts off with Penguin killing the first born sons of the rich and famous of Gotham, and when that doesn't quite work out, he settles for killing every single child in the city. 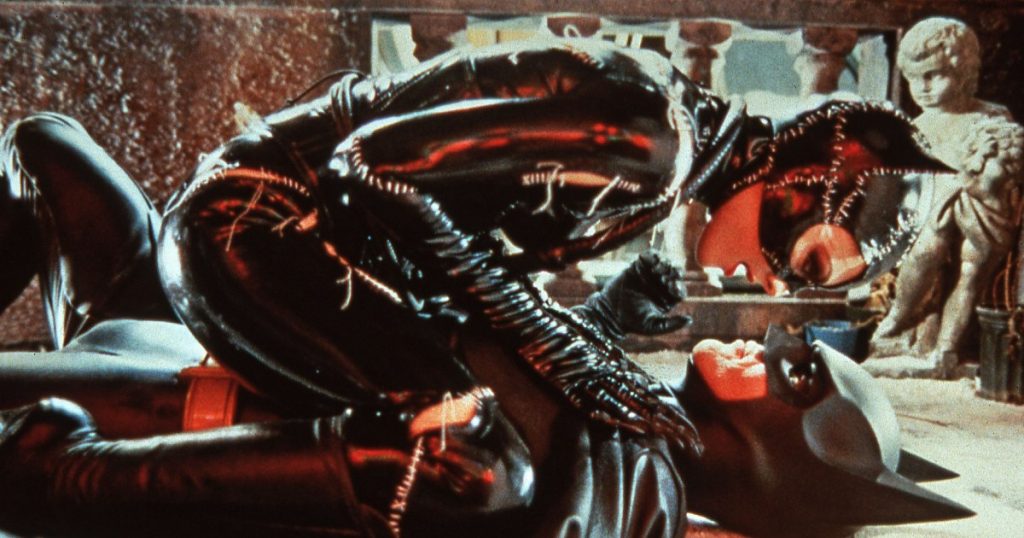 All of that being said, Batman Returns is still an amazing Christmas movie.

It is set in the days leading up to December 25th, and Gotham looks pretty amazing at that time of year. The snowy, freezing backdrop, filled with humongous Christmas trees and constantly twinkling decorations, is a perfect backdrop for the Penguin's hugely nefarious plans. The most wonderful time of year, a time when families should be coming together, is blown apart by a super-villain who is mad at the world because he was so violently rejected by his own family.

Pfeiffer (who only got the gig when Annette Bening got pregnant right before shooting began) and Keaton have one of the movie's best scenes next to an open fire, his mansion immaculately decorated to within an inch of its life, and they discuss exes, initally compare emotional battle scars while trying to hide the physical ones.

Christopher Walken, who seems to be channelling some kind of Trump-From-Christmas-Future (seriously, he plays a dodgy business man with a doofus son trying to rig a political election to make money), while Catwoman destroys his department store (take that, consumerism!), the Red Triangle Gang explode out of a gigantic present, the Ice Princess falls from the roof of a skyscraper and falls right on the button that lights up that humongous Christmas tree.

The spirit of Christmas permeates every scene in Batman Returns, more so than pretty much any other Christmas movie out there, because so much of the movie relies on the setting of Christmas for the plot and the action sequences to make sense. Which, let us be honest, isn't something you can say about Die Hard.

Batman Returns is available to watch on Sky Go and NOW.