They've decided to only put one of the movies forward for the Best Picture award.

By and large, both Black Panther and Avengers: Infinity War are and continue to be huge successes.

Black Panther has entered modern culture as the first black superhero movies (sorry Blade!), and went on to make $1.3 billion at the worldwide box office. 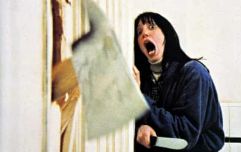 END_OF_DOCUMENT_TOKEN_TO_BE_REPLACED

Avengers: Infinity War is the first step towards ending a 20-year-long story, with so many moving parts it should have failed, but spectacularly didn't, and went on to make $2.047 billion at the box office.

However, when it comes to potential Oscar glory, Disney have decided to back just one of these horses, and have put Black Panther forward for Best Picture consideration.

On the other hand, they're putting Avengers: Infinity War forward for just one award: Best Visual Effects.

In the previous 17 films (not including Ant-Man & The Wasp), the entire canon of MCU movies have only been nominated nine times, and seven of those were for visual effects, with zero wins.

Remember, Suicide Squad did win an Oscar, but not a single MCU movie has managed to take a trophy home.

Whether or not Black Panther and/or Infinity War makes it to the actual nominations, we'll find out in early 2019, and then the actual 91st Academy Awards will take place on Sunday 24 February.

The Big Reviewski || JOE · The Big Reviewski with Dune, a mini-Hangover reunion & the best of Timothée Chalamet
popular
The JOE Movie Quiz: Week 125
This weekend's gig in the 3Arena proved that Ireland is ready to dance again
Report: Crew left Alec Baldwin film set in protest before fatal shooting
Gardaí renew appeal to help identify human remains found on Wexford beach in 1995
The JOE Friday Pub Quiz: Week 266
Dublin museum voted Europe’s leading visitor experience... again
The JOE Music Quiz: Week 78
You may also like
21 hours ago
Danny DeVito is the fifth hottest man on the planet, according to a new poll
23 hours ago
9 of the best horror movies on Netflix right now
23 hours ago
A modern action-comedy classic is among the movies on TV tonight
1 day ago
A tense and star-studded courtroom drama is among the movies on TV tonight
2 days ago
HBO announces a new Sopranos series is in the works... kind of
2 days ago
The cast of Succession on shooting the next season in Ireland
Next Page