If you're wondering if Netflix's $90 million blockbuster is worth watching, there's some stuff you need to know.

First things first, this isn't a great movie. In fact, it might not even be a good movie.

Every creative asset this movie has is filled with an uneven history that started off great before quickly going downhill.

END_OF_DOCUMENT_TOKEN_TO_BE_REPLACED

Director David Ayer kicked off his career with the screenplays to Training Day and directing End Of Watch, but more recently was responsible for the critical low-point in current comic-book movies, Suicide Squad.

Writer Max Landis exploded on to the scene with the superhero deconstruction script Chronicle, before following that up with the one-two awfulness of Mr. Right and Victor Frankenstein.

Then there's Big Will himself, the man with so much charisma he single-handedly stole the show in the likes of Bad Boys, Independence Day and Men In Black. But look at his movies since 2008: Seven Pounds, Men In Black 3, After Earth, A New York Winter's Tale, Concussion, Focus, Collateral Beauty and, yes, Suicide Squad.

A mixture of movies you know are bad, or you only heard are bad because nobody actually went to see them.

Plus, Will Smith himself seemed to have checked out behind the eyes for the majority of them, that edgy charm put aside for passion projects that bored everyone to tears, or bland blockbusters to helped keep his bank account in check.

Thankfully, we're very happy to say that the charming Will Smith Of Old has returned for Bright, even if his old nose for quality projects hasn't quite caught up.

And while Bright doesn't exactly have brilliance on its side, what it does have in bucketloads is potential.

Here is the trailer, which we SUPER recommend you DO NOT WATCH, because it gives away every major plot point, which... well, this article might do too, but not quite so bluntly.

END_OF_DOCUMENT_TOKEN_TO_BE_REPLACED

Set in a parallel-universe Los Angeles, one where human beings exist alongside magical creatures like fairies and dragons, we're introduced to LAPD officer Ward, played by Will Smith, and his Orc partner Jakoby, played by the brilliant Joel Edgerton.

Jakoby is the first ever Orc to be a member of the LAPD, and for this reason he has been ostracised by his community. However, the humans also don't want an Orc on their force, so he's kinda stuck between a r-orc and a hard place. 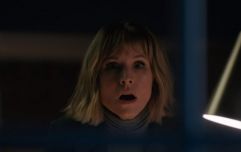 Netflix has just provided us this generation's answer to Scream

END_OF_DOCUMENT_TOKEN_TO_BE_REPLACED

On a run-of-the-mill disturbance call, they arrive at a gang hideout, and find several people have been killed. Hidden among the aftermath of the carnage, they discover a magic wand ("A nuclear bomb that can grant wishes."), and a plot to bring back a great ancient evil.

Unsure of who they can trust the wand with, the cops go on the run with the wand and an elf (relative newbie Lucy Fry), who knows just enough about the wand to make her useful.

Also in the mix are the Orcs and human gang-bangers who want the wand for themselves, the Magic Feds (fronted by a Snapchat-filtered Edgar Ramirez), a moustached-and-therefore-racist-and-crooked-cop (Ike Barinholtz), a Mexican-and-therefore-good-cop (Jay Hernandez), and a ethereal villain who really wants that ancient evil to be awakened (Noomi Rapace, much better here as a villain than the standard edgy heroine Hollywood has been typecasting her as).

There is A LOT to get through, and the majority of the movie takes place in just one night, which probably explains why Bright does such a bad job of getting things going in the first place. As we're introduced to different parts of the city, Jakoby drivers the police car through the Elf-run part of LA, to which Will Smith replies "Why the fuck are we going this way? I hate Elf Town, all they do is run the city and go shopping." Yikes.

At one point, the partners stop by a group of LAPD officers assaulting an Orc for a minor crime, and Smith can see his partner wants to intervene, so he asks him "I need to know if you're a cop first, or an Orc first", and they drive on. Later in the movie, when Jakoby explains why he always wanted to be a cop, Smith asks "Why the fuck do you want to help a world that doesn't give a fuck about you?" Double yikes.

Had the movie pumped the breaks a little on the subtext, it might have been way more effective, which is the exact opposite problem Bright has when it comes to the actual plot stuff.

If you're wondering why the Orc community has ostracised Jakoby for becoming a cop and wanting to make the world a better place, then get in line, because it is never explained. Also, for a movie setting up both a magical Chekhov's Gun and a big scary finale, we've got some bad news for you, because the wish-giving nuclear weapon doesn't really get used, and the ancient evil never actually shows up.

Also also, all the humans and Orcs want to get their hands on the wand to use for their own deeds, despite everyone knowing that the wand blows up pretty much any one who tries to touch it, as only a handful of people in the world actually are. Seems like a major problem with your plan there, bro.

So if you're thinking that by this point there's no point in actually watching Bright, then right now is when we tell you that Will Smith does in fact save the day.

He rattles off the swarmy one-liners just like he did back in his Bad Boys prime ("Lets get titty-bar shoot-out killed!") once again unencumbered with having to be family friendly, allowing him to drop hilarious F-bombs freely. He also channels a certain type of threat and ferocity that we're not sure we've ever seen in him before, as he fully aware that he's playing a character who is never supposed to be 100% likeable. 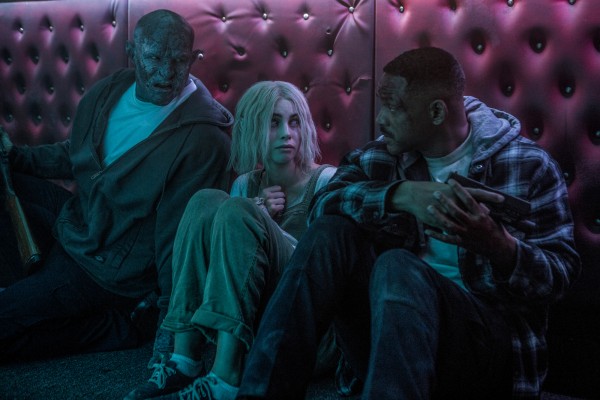 His chemistry with Edgerton is fantastic, mostly because Edgerton himself is also a fantastic actor, here playing the Orc with wide-eyed wonder and crippling self-doubt, always looking for his partner's approval but never fully knowing why he wants it.

They're both thrown into some fantastic action scenes, including one particularly gripping shoot-out that involves a fist-fight, a mini-van driving around inside a store, and a slowly exploding petrol station, so it is clear that Ayer really did put all of that $90 million up on the screen.

Perhaps now that he's set up the world of Bright, got the clumsy leg-work out of the way, we can move on to a sequel (and there will be a sequel) that won't be so bogged down with attempting to get the audience up to speed with the text (magic is real, but the world is still kinda the same as we know it) and the subtext (each type of magical creature is a stand-in for a different type of human, depending on the kind of racism they receive).

Maybe next time just let Will and Joel get into a titty-bar shoot-out, have funny back-and-forth banter, and have the bad guy actually show up? Just a suggestion.

popular
Public urged to be wary of sophisticated Revolut scam in operation in Ireland
A gripping mystery thriller is among the movies on TV tonight
New Netflix series looks like a must-watch for fans of Drive to Survive
'The Beast' apologises for storming off after losing on The Chase
10 years ago this week, Liam Neeson's best performance arrived in cinemas
QUIZ: Can you identify the countries that have blue, red and white as the colours of their flag?
The 50 most iconic songs of all time* have been revealed
You may also like
2 days ago
The Tinder Swindler review: Exactly the kind of documentary Netflix should be making
3 days ago
WATCH: The trailer for this celebrity murder mystery improv comedy looks incredible
6 days ago
QUIZ: How well do you remember Ozark on Netflix?
2 weeks ago
Netflix has a new entry in its top 10 most-viewed original shows of all time
2 weeks ago
The return of a horror icon and 7 more movies and shows to watch this week
2 weeks ago
Netflix to create Drive to Survive-style series around the PGA Tour
Next Page