Classic sitcom Frasier to be revived after two decades

American television was a goldmine for comedy fans back in the 1990s. Depending on what particular kind of sitcom you were into, you had your choice between the likes of Everybody Loves Raymond, Seinfeld, Cheers and The King of Queens, but for many of us the standout was Frasier.

A spin-off featuring the character of Frasier Crane from Cheers, the sitcom focused on the life of the psychiatrist as he relocated to Seattle, moved in with his father Martin (the late John Mahoney) and made his way through the many social and romantic pitfalls which befell both himself, his brother Niles and his wider family. 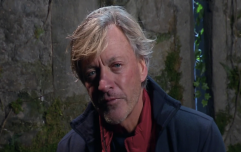 END_OF_DOCUMENT_TOKEN_TO_BE_REPLACED

Incredibly well-written, Frasier was the sort of show that could make the viewer feel more clever than they actually are - that was my experience at least - through its wit and impeccable timing.

The death of the much-loved Mahoney in 2018 appeared to bring an end to that likelihood, but president of CBS Studios, David Stapf, confirmed the news.

"There has long been a call from fans for its return," he said. "And that call is now answered."

There is as of yet no timeline for when we should expect to see the Frasier revival, but it has been confirmed that it will stream on Paramount's streaming service, Paramount+.

popular
Schools affected by Storm Barra expected to reopen tomorrow, says Minister
Gardaí warning people not to make unnecessary journeys in anticipation of Storm Barra
Majority of employers will require employees to visit office on weekly basis
Carlow woman banned from keeping animals for life after starving dogs to death
Man dies after being attacked by newly calved cow in Mayo
The JOE Movie Quiz: Week 131
QUIZ: Can you get full marks in this General Knowledge Quiz?
You may also like
3 weeks ago
Here's the line-up for this week's episode of The Late Late Show
1 month ago
Mindhunter director tells fans to "make enough noise" to get season three made
1 month ago
Peaky Blinders creator reveals when we can expect season 6 on our screens
2 months ago
Netflix sued over massive Squid Game traffic surge
2 months ago
Squid Game creator reveals meaning behind name of brutal show
2 months ago
Luther to finally settle the score in long-awaited standalone Netflix film
Next Page