British comedian Jethro has sadly passed away from Covid-19, according to his manager.

The news was revealed on Wednesday morning (15 December) on his Facebook page and originally reported by Cornwall Live who revealed that Jethro - real name Geoffrey Rowe - passed away on Tuesday aged 73. 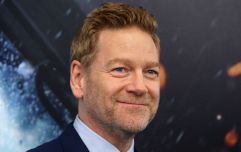 END_OF_DOCUMENT_TOKEN_TO_BE_REPLACED

A spokesperson for Jethro's estate released a statement that read: "Tragically Jethro passed away on 14 December 2021 after contracting Covid-19. Jethro leaves behind his life partner Jennie, sons Jesse and Lanyon, step daughter Sarah, daughter-in-law Stacey and of course his much loved grandchildren.

"We ask that you respect our privacy at this very sad time and give us all time to grieve. We will continue to support each other in the knowledge that our lives will never be the same without him."

Jethro was originally born in St Buryan, Cornwall, in 1948 and rose to fame in the 1970s and 80s, with appearances on The Des O'Connor Show and several guest spots on programmes hosted by controversial comic Jim Davidson helping to make him a household name.

He was best known for his observational comedy, much of which took inspiration from his rural Cornwall home.

Upon hearing the news, his fans have share their condolences to the late comedian on social media.

Clips of his work were also shared:

Thanks for the laughs RIP #Jethro ☹️ pic.twitter.com/Q6CO9oShfz

Even Great Western Railway posted a message in his memory:

We were really sad to hear about the passing of Jethro.

May you rest peacefully in the knowledge that the train does indeed now stop at Camborne on Wednesdays. #jethro https://t.co/OVQKhUJLGO

Jethro lived in Lewdown near the Cornish border where he bred horses and owned a comedy club which closed back in 2012.

popular
The JOE Friday Pub Quiz: Week 331
New Netflix series deserves to be as big as Stranger Things
Couple left mortified after best man delivers incredible punchline during speech
QUIZ: JOE's Big News Of The Day Quiz #39
Forspoken breaks the golden rule of gaming... and not in a good way
BBC apologises after calling Paul Mescal 'British' in Oscar coverage
All of the new Netflix movies and shows arriving in February
You may also like
2 weeks ago
Concerning Covid-19 subvariant 'Kraken' detected in Ireland
3 weeks ago
Current flu wave is 'very severe' and 'likely to get worse', says Stephen Donnelly
1 month ago
'Highest pressure ever seen' on Ireland's health service expected over Christmas
3 months ago
Leo Varadkar advises public to mask up as Covid restrictions debate returns
3 months ago
Ireland's new chief medical officer issues winter advice as Covid cases rise
4 months ago
“It’s like insects are crawling all over your body.” Irish people reveal impact of Long Covid
Next Page