"Welcome to the club."

Manners, mayhem and magnificent killer umbrellas – the stylish spies are back.

To celebrate the release of The King's Man in Irish cinemas on 26 December, 20th Century Studios have given us this very suave-looking cinematic prize pack to give away to a lucky film fan... 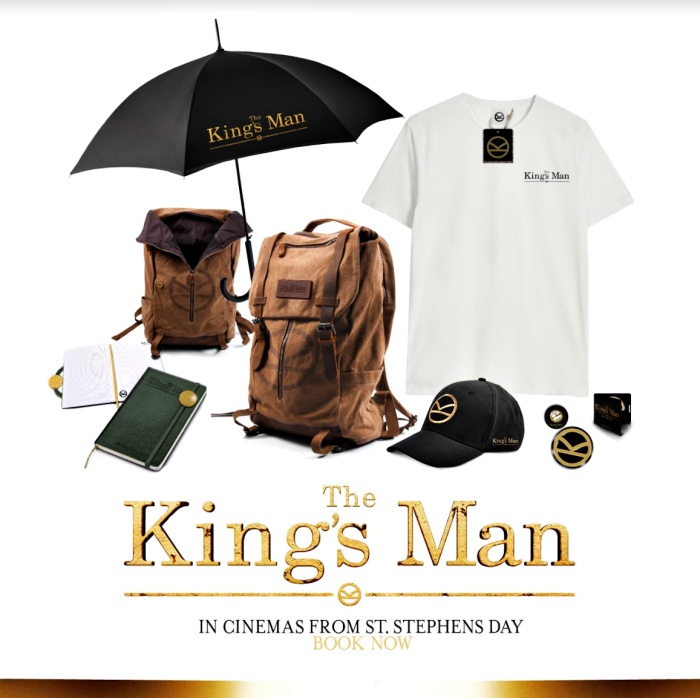 END_OF_DOCUMENT_TOKEN_TO_BE_REPLACED

We do have to point though, for legal reasons, that the umbrella (probably) doesn't have a spiky sword thing hidden inside it. We think.

A prequel to 2014's action spy comedy hit starring Colin Firth and Taron Egerton, the latest release in the Kingsman movie series features an all-star cast of its own including Ralph Fiennes, Gemma Arterton, Rhys Ifans and Djimon Hounsou.

This time though, we're going back in time as a collection of history's worst tyrants and criminal masterminds gather to plot a war to wipe out millions.

It's up to one man (dressed to kill, obviously) and his motley crew to try and stop them as we discover the origins of the very first independent intelligence agency in The King's Man.

All you have to do to be in with a chance of winning this fantastically fashionable prize ahead of the movie's release on 26 December are two very easy things:

The King's Man is coming to cinemas nationwide on 26 December

popular
QUIZ: Can you get top marks in this short but tricky Irish geography quiz?
Nearly 100 flights delayed at Dublin Airport on Monday
4-year-old girl killed in Sligo caravan park named as Alice Dunleavy
The JOE Movie Quiz: Week 166
RTÉ tries to solve Michael Collins murder in new documentary
Man in his 20s in critical condition following assault at public transport stop in Dublin
Grease star Olivia Newton-John has died, aged 73
You may also like
15 hours ago
Nope has the best scary scene in 2022 so far
1 day ago
An underrated John Cena comedy is among the movies on TV tonight
1 day ago
The JOE Movie Quiz: Week 166
2 days ago
A terrific mystery thriller is among the movies on TV tonight
2 days ago
New action drama looks like a must-watch for Top Gun fans
3 days ago
One of the best Irish films of recent years is among the movies on TV tonight
Next Page