Only 364 days until the terrible #banter returns.

It all started when ITV announced on social media that they were launching a Weatherfield-based sitcom called Victoria Street. 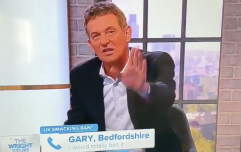 END_OF_DOCUMENT_TOKEN_TO_BE_REPLACED

The TV company said: "Appearing on our screens in Autumn, this modern day Bread meets Benidorm in the rain, is a high concept, big scale comedy featuring a dysfunctional group of Weatherfield residents, headed up by Liz McDonald herself, Beverley Callard.

EXCLUSIVE NEWS: @ITV is excited to announce a brand new sitcom based in Weatherfield, featuring well-known faces from the world of Coronation Street. 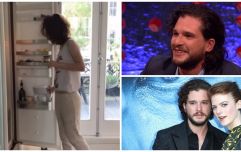 END_OF_DOCUMENT_TOKEN_TO_BE_REPLACED

Although many people clocked it was BS due to the date of the announcement, some fans were left believing that the brand new set for the show was created purely as a ruse.

Taking to Instagram, one viewer asked: "So you built a full set just to fool people." 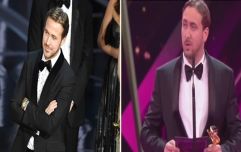 END_OF_DOCUMENT_TOKEN_TO_BE_REPLACED

Another added: "Absolutely furious. It’s not April fools if you’ve been lying about it all month"

A third chimed-in: "How can it not be real tho why go to all the trouble building the buildings and taking the cobbles from the old set and building a bench for the Manchester bombing victims I don’t get it"

The confusion came from the fact the new set extension - which features a Costa Coffee, Co-Op and police station - has been coined 'Victoria Street', the same name as the fake sitcom.

Although, to be fair, those who realised that nobody in the right mind would build a multi-million pound set for a one-off joke, had a laugh at the angry fan's expense.

Responding to the backlash, one person said: "The amount of people that think the set is now not real. Its the 'show' in the previous post that's the april fools"

Another added: "Oh these comments are painful. The set isn't fake. Watch the previous post - they said they were making a new sitcom called Victoria Street....the sitcom is fake. Not the street. The set is real. The sitcom they've claimed to make isn't real."

Moral of the story? Just don't do an April Fools' pranks, ever, especially if it's rubbish.

popular
Released 30 years ago today, Alien 3 is not the worst movie in the franchise
QUIZ: If you get 15/15 in this General Knowledge quiz, give yourself a pat on the back
The JOE Movie Quiz: Week 155
An exciting Predator prequel and 6 more big trailers you might have missed this week
An '80s action classic is among the movies on TV tonight
QUIZ: Can you name every county in Ireland containing the letter 'O'?
You may also like
8 months ago
Kids pull "Bart Simpson" style prank on school board in brilliant viral clip
3 years ago
WATCH: Clare family cruelly but brilliantly prank their poor father
3 years ago
WATCH: Irish mammy and granny react hilariously to a surprise visitor
4 years ago
WATCH: This person bought a VHS tape labelled "A Surprise" in a junk shop, then something wonderful happened
4 years ago
YouTuber throws liquid at terrified pedestrians in 'acid attack' prank
4 years ago
Student plays perfect Hallowe'en prank on unsuspecting housemates
Next Page