HBO has revealed early details for the first Game of Thrones spin-off series.

Given that we've only got one season of Game of Thrones left to go, fans are clamouring for news about the many spin-off series that have been touted to take its place.

Until now, HBO had remained tight-lipped on any details relating to any of the spin-offs, but today saw the company release the first logline for one of the series. By the looks of things, this one is going to be for the fans who are more interested in the history of Westeros than the history of the world that we actually live in. 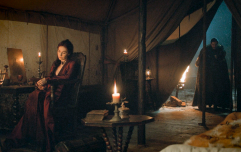 END_OF_DOCUMENT_TOKEN_TO_BE_REPLACED

"Taking place thousands of years before the events of Game of Thrones, the series chronicles the world’s descent from the Golden Age of Heroes into its darkest hour. And only one thing is for sure: from the horrifying secrets of Westeros’s history to the true origin of the white walkers, the mysteries of the East to the Starks of legend… it’s not the story we think we know."

The project is being helmed by Jane Goldman, who is writing it with series creator George RR Martin. David Benioff and DB Weiss, executive producers of the original show, will also be EPs on this project.

Goldman has previously written the screenplays for Kick-Ass, the Kingsman movies and X-Men: First Class.

Despite this early glimpse of what we can expect from the new series, we still don't have a title or a timeline for when it will be released. But let's be real, they had us at "origin of the white walkers."