And they would have gotten away with it too, if it wasn’t for that pesky cough.

In September 2001, Charles Ingram, a former British Army Major, won the maximum prize of £1 million on the wildly popular quiz show, Who Wants to Be a Millionaire?, becoming only the third person in the history of the show to do so.

Or so it seemed. 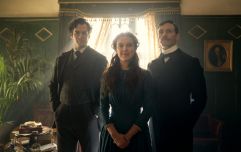 END_OF_DOCUMENT_TOKEN_TO_BE_REPLACED

It subsequently turned out that Ingram, along with his wife Diana (who had previously been a contestant on the show) and an accomplice, lecturer Tecwen Whittock, were involved in an elaborate plot designed so that Ingram could cheat his way to the top prize.

Ridiculous as it might sound now, that elaborate plot involved a series of well-placed coughs during recording to help Ingram arrive on the right answer to multiple choice questions. Having finished the first day of recording on £4,000 and with two lifelines used, Ingram went all the way to £1 million on the second day.

After suspicions of cheating were raised by production staff, the £1 million pay-out to Ingram was suspended and all three were given suspended prison sentences and hit with significant fines having been found guilty by a majority verdict in court in April 2003.

The scandal is now set to be revisited all over again in a three-part drama for ITV and AMC called Quiz, it was announced on Friday. 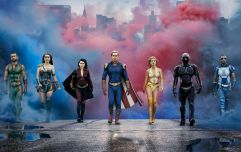 END_OF_DOCUMENT_TOKEN_TO_BE_REPLACED

The drama is written by playwright, James Graham, who has adapted Quiz for ITV from the critically acclaimed, Oliver-nominated play of the same title.

“I was gripped by this story over 15 years ago, and I’m still gripped now. It’s a very English heist,” said Graham.

“Putting it onto stage at Chichester and the West End was such a lot of fun, and with a new team we now get to reimagine the whole story afresh for television. I have to pay credit to the late investigative journalist Bob Woffinden, who along with James Plaskett wrote the book Bad Show that kicked the whole creative process off by asking the question – what if the Major is innocent?”

A 2003 documentary on the scandal, Millionaire: A Major Fraud, fronted by Martin Bashir, attracted 17 million viewers, so there’s bound to be plenty of interest when Quiz goes to air.

Filming is currently underway in London and a release date has yet to be announced.