That epic scene was coming and here's why.

As always, if you haven't seen the most recent episode of Game of Thrones, consider this to be your spoiler alert warning.

END_OF_DOCUMENT_TOKEN_TO_BE_REPLACED

"King Jaehaerys once told me that madness and greatness are two sides of the same coin. Every time a new Targaryen is born, he said, the gods toss the coin in the air and the world holds its breath to see how it will land" - Ser Barristan Selmy.

Well, we definitely know which way the coin has landed with Daenerys Targareyn because she's determined to take the Iron Throne with fire and blood.

For the last few weeks, Dany's mental state has been the issue of much speculation and we finally got a definitive answer because The Mad Queen is here.

END_OF_DOCUMENT_TOKEN_TO_BE_REPLACED

Watching her slaughter thousands of people in a horrific firestorm will go down as one of the defining moments in Season 8 of Game of Thrones.

During an interview with  the show's Inside the Episode featurette, Emilia Clarke gave an insight into her character's mindset during that epic sequence.

"It's so natural for a person to resort to anger and that’s exactly where she goes. It's there, it has always been there. It’s what has drove her throughout everything. Here comes that familiar feeling of anger and she doesn’t do anything to choke that. She lives in it. It’s this feeling that you could call Targareyn craziness, or you could give it all of these names that it doesn’t deserve because it's just grief.

"It’s hurt and she has this ability to make this hurt feel a little bit less for a minute. And the feeling is to fucking kill her (Cersei). When you feel that much failure, disappointment, shame, hurt, and lost love, there’s only so much pain that you can handle before you snap," said Clarke.

END_OF_DOCUMENT_TOKEN_TO_BE_REPLACED

Given the fact that Daenerys has previously liberated cities, ended slavery, and killed tyrants, plenty of fans have been perplexed as to why she has now become the embodiment of everything that she loathes.

Well, David Benioff, showrunner on Game of Thrones, has said that the Daenerys' recent losses have been a contributing factor to her horrific decision. Benioff also referenced an old line that Maester Aemon Targaryen said about Targaryen's being left alone in the world.

"Dany’s an incredibly strong person, she’s also someone who has had really close friendships and advisors for her entire run on the show. Those people who have been closest to her have either turned on her, or died. She’s very much alone and that’s a dangerous thing for someone that has so much power, to feel so isolated. At the very time when she needs guidance, friendship and advice the most, everyone’s gone." 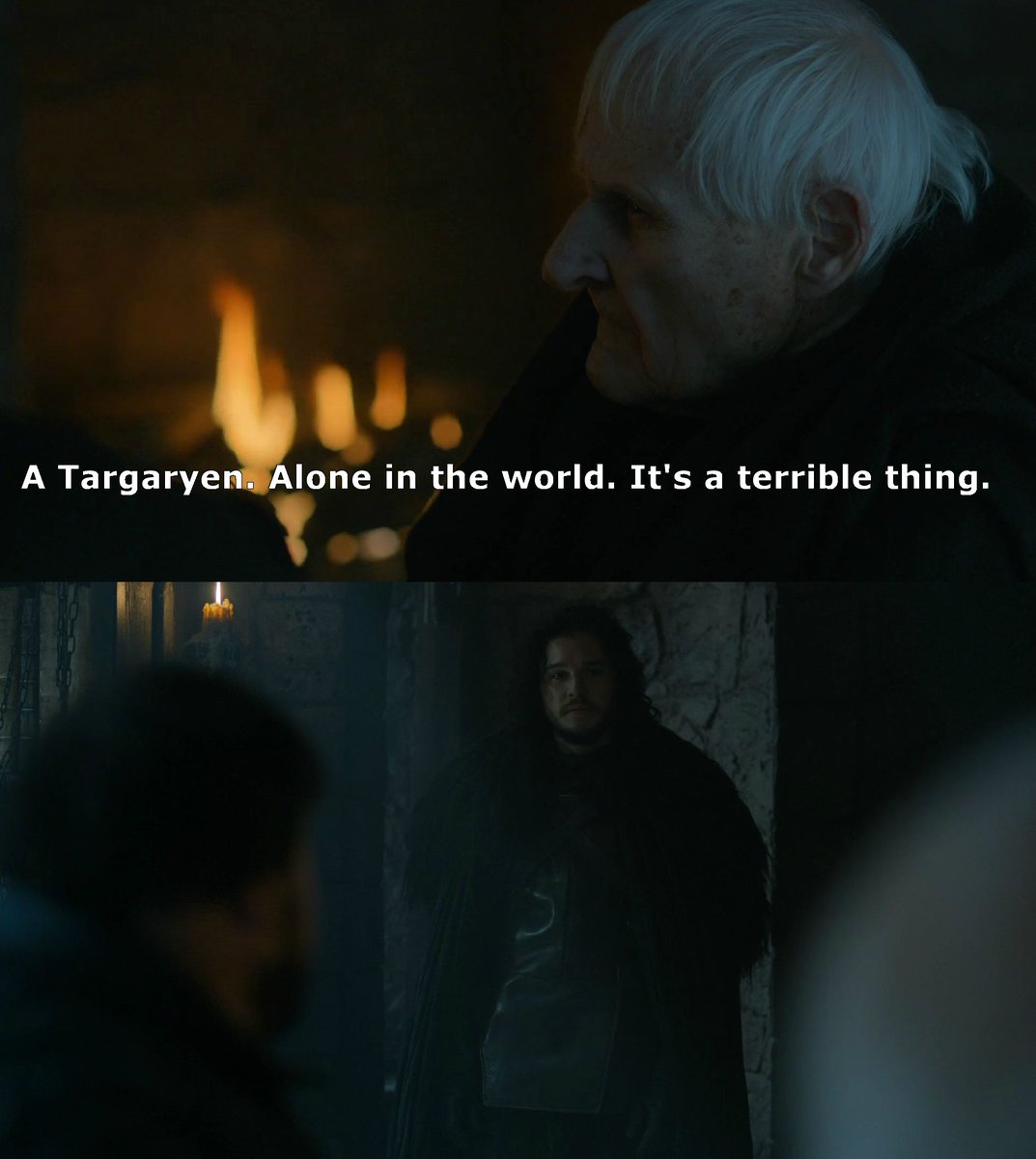 Daenerys' relationship with Jon Snow was also a factor in her horrific decision to unleash the full fiery fury of Drogon on King's Landing, according to the show's creators.

"Jon Snow is someone that she has fallen in love with and as far as she’s concerned, Jon has betrayed her by telling people about his true identity and also, he’s unable to return her true affections at this point.

"When she says let it be fear, she’s resigning herself to the fact that she may have to get things done in a way that isn't pleasant and horrible to lots of people."

Despite the fact that Daenerys has always been portrayed as a 'hero' in the show, it's worth remembering that she hasn't been adverse to unleashing some fire and blood before.

For example, she burned the masters in Astapor, destroyed fleets at Slaver's Bay, killed thousands of Lannister/Tyrell forces during the Loot Train Attack, and executed the members of House Tarly via dragonfire.

Granted, these people were her enemies but Benioff thinks that there has always been a darkness to Danaerys Targareyn that was waiting to be unleashed.

"Even when you look back to Season 1 and Khal Drogo giving the golden crown to Viserys, her reaction to watching her brother’s head being melted off is kind of chilling. If circumstances had of been different, I don’t think this side of Dany would have ever come out. If Cersei hadn’t betrayed her and executed Missandei, if Jon hadn’t told her the truth. If all these things happened in any different way, I don’t think we would have been seeing this side of Daenerys.

"I don’t think she decided ahead of time that she was going to do what she did. Then she saw the Red Keep which is to her the home that her family built when they first came over to this country. It’s in that moment when she’s on the walls of King’s Landing, looking at that symbol of everything that was taken from her, when she makes the decision to make this personal."

The Queen is dead. Long live The Mad Queen?

We'll find out in the finale of Game of Thrones.

popular
Jeffrey Dahmer’s dad thinks he knows what’s to blame for son becoming a serial killer
Prince George reportedly told classmate "my father will be King so you better watch out"
Two new 24-hour bus services are coming to Dublin
Budget 2023: Cigarettes going up, energy credits announced, child and social welfare increases confirmed
An underseen disaster film is among the movies on TV tonight
QUIZ: Test your knowledge with this Ultimate Friends Character Quiz
CONFIRMED: Renters to benefit from €500 tax credit as part of Budget 2023
You may also like
1 day ago
Kenneth Branagh is unrecognisable in new true-life series This England
3 days ago
A brilliant psychological thriller is among the movies on TV tonight
4 days ago
House Of The Dragon is already better than Game Of Thrones
4 days ago
A brilliantly scary horror movie is among the movies on TV tonight
4 days ago
2022's sexiest show is finally available to watch in Ireland
4 days ago
The 6 must-watch brand-new arrivals coming to Disney+ in October
Next Page