It's officially happening – 2023's Eurovision Song Contest is set to be hosted in the United Kingdom.

It was announced last month following Ukraine's recent win that they could not host in their country due to the ongoing invasion by Russian forces. 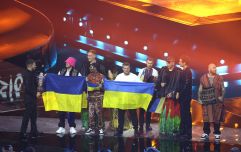 Where will 2023's Eurovision be held if Ukraine can't host?

END_OF_DOCUMENT_TOKEN_TO_BE_REPLACED

The Eurovision Broadcasting Union (EBU) has announced that the UK will take their place hosting after they placed second in this year's competition.

“Continuing in this tradition of solidarity, we know that next year’s Contest will showcase the creativity and skill of one of Europe’s most experienced public broadcasters whilst ensuring this year’s winners, Ukraine, are celebrated and represented throughout the event.” 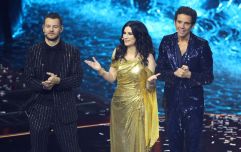 END_OF_DOCUMENT_TOKEN_TO_BE_REPLACED

Ukraine will automatically qualify for the final of the 2023 competition due to their win this year, along with the Big 5 - the UK, France, Germany, Italy and Spain.

Mykola Chernotytskyi, Head of the Managing Board of UA:PBC, added: “The 2023 Eurovision Song Contest will not be in Ukraine but in support of Ukraine. We are grateful to our BBC partners for showing solidarity with us.

“I am confident that together we will be able to add Ukrainian spirit to this event and once again unite the whole of Europe around our common values of peace, support, celebrating diversity and talent.”

It has also been announced that representatives of Ukraine’s public broadcaster UA: PBC will be working with the BBC to implement Ukrainian elements to the show next year.

popular
County where winning Lotto jackpot ticket worth nearly €9 million was sold confirmed
Netflix has just quietly added 30 big movies to its library
Welder awarded €15,000 for unfair dismissal despite admitting to drinking alcohol before work
Dublin Bus and boat involved in city centre collision
10 years ago today, the scariest movie ever made (according to science) was released
Man hospitalised after reportedly sustaining facial injuries in stabbing incident
Netflix's new BIG scary show & 13 more new movies and shows to watch this weekend
You may also like
1 day ago
23-year-old Irishman killed in action in Ukraine, family confirms
4 weeks ago
Ukraine honours pensioner with medal after claiming he shot down a Russian warplane
1 month ago
Vladimir Putin awards murderer with medal "for courage" after he is killed in war
1 month ago
Russia has put Europe one step away from "radiation disaster," says Zelensky
1 month ago
Darya Dugina, daughter of Putin ally, dies in car bomb attack in Russia
1 month ago
Elderly Irish man stabbed to death on mobility scooter in London
Next Page