Three separate vehicles were destroyed for this one very quick shot.

The Fast & Furious movies - or the Fast Saga to lovers of the franchise - has been pretty synonymous with incredible stunts and set-pieces.

END_OF_DOCUMENT_TOKEN_TO_BE_REPLACED

So when it came to Fast & Furious 9, there is no going back, you can only go bigger and better and louder and explosive, and that was exactly what we got.

In fact, we got it so much so that even small moments - scenes that last no longer than four seconds - took months and months of planning, and you can check out all of the explosive action in the latest entry in the franchise this week with your NOW Cinema Membership. 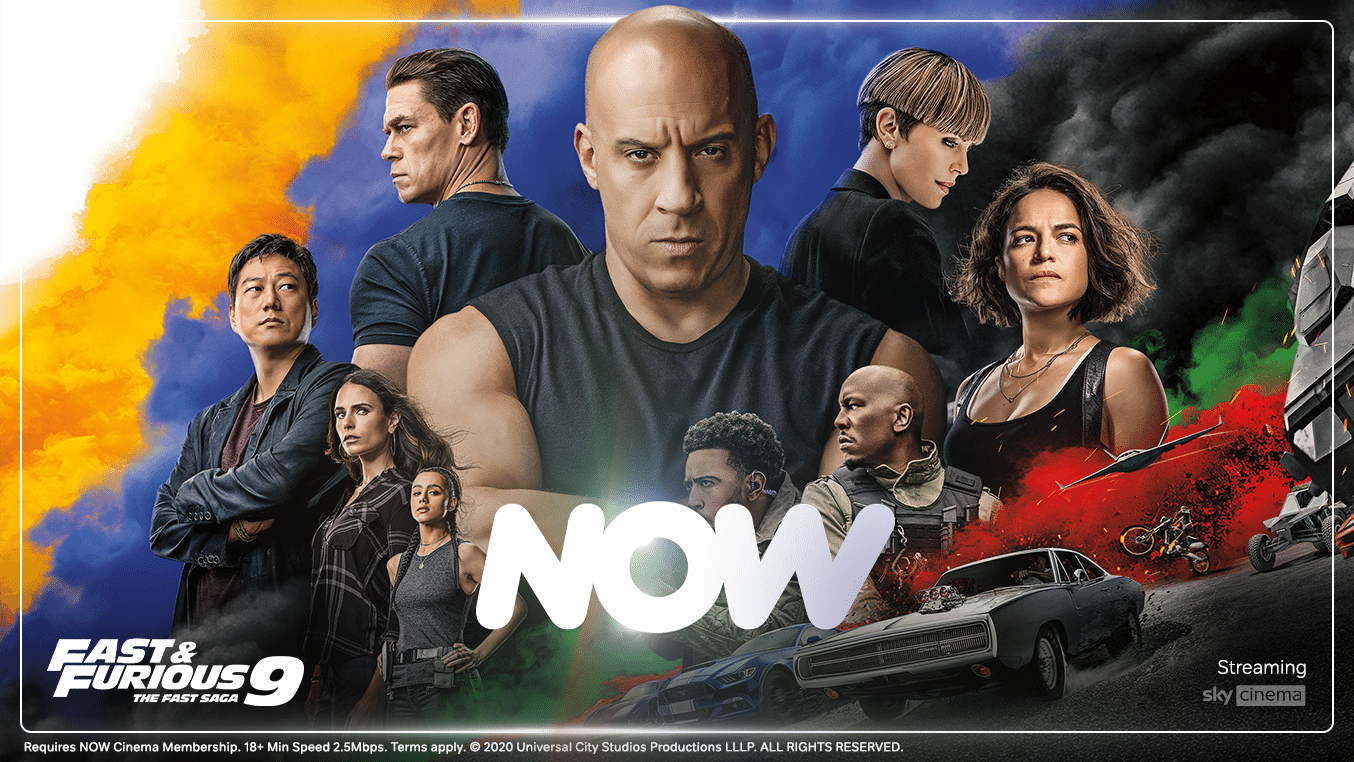 END_OF_DOCUMENT_TOKEN_TO_BE_REPLACED

One of the big new additions to Fast & Furious 9 - not including John Cena as Vin Diesel's long-lost evil brother - is magnets. Yep, the crew who love nothing more than driving up the levels of destruction have found something new to push and pull the car-based mayhem everywhere they go.

The introduction of magnets arrives pretty early into the movie, with the crew watching their nemesis Charlize Theron make a getaway when a stealth fighter jet magnets (is that right, is "magnet" a verb now?) a car after it drives off the side of a cliff and blasts off towards the horizon.

One 4 second shot in #F9. 8 months of prep. 4 days of production. 3 cars destroyed. Work from over a hundred of the most dedicated and talented crew. Best job in the world! pic.twitter.com/QK4wNYvAhE

END_OF_DOCUMENT_TOKEN_TO_BE_REPLACED

However, later in the movie, Vin Diesel and the gang successfully utilise the magnets for their own uses, which includes pulling a car straight through an entire building and into the side of a passing truck.

"We put a lot of time and effort into picking the right store for that. Had big windows, the sidewalk was just right, we didn't have trees or telephone poles in the way for them to come out.

"So, as the car's coming up, I would say, 'Three, two, one, now,' and we'd videotape it all, and I'd put white marks on the ground so I'd know exactly when I said 'one' where the car was and then where those machines were coming out.

"By doing all the tests, we knew that there was a big brick wall between windows. It was going to be tight, it was going to be a lot of stuff coming out, broken glass and all that. But they could hunker down, and people in the shot just looks good."

And remember, that was all just for one four-second stunt! That isn't even including the bit where they go to space...

Fast & Furious 9 is available to watch with your NOW Cinema Membership from Friday, 11 March.

popular
QUIZ: It's time for one of our trickiest General Knowledge Quizzes yet
The JOE Movie Quiz: Week 161
Landlords must give longer eviction notice periods under newly passed legislation
QUIZ: Can you get 100% in JOE's great big halfway through 2022 quiz?
The 24 biggest movies still to come to cinemas in 2022
Jordan Peterson suspended from Twitter over Elliot Page comment, says he won't apologise
The JOE Friday Pub Quiz: Week 301
You may also like
13 hours ago
The JOE Movie Quiz: Week 161
1 day ago
A dual turn from Tom Hardy is among the movies on TV tonight
1 day ago
Taron Egerton confirms talks with Marvel, says he wants to play Wolverine
1 day ago
Sigourney Weaver's role in the upcoming Avatar sequel branded "unique"
2 days ago
An underappreciated sci-fi blockbuster is among the movies on TV tonight
2 days ago
REVIEW: Bob Dylan musical Girl from the North Country is emotional and exhilarating
Next Page