We can endless footage of other humans getting into harm's way without so much as blinking, but any time David shows us some cute animals getting into peril? 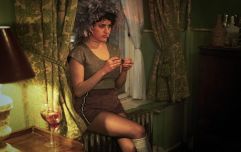 Finally, a movie that makes Ireland look like a cool place to hang out in

END_OF_DOCUMENT_TOKEN_TO_BE_REPLACED

Blue Planet II saw the return of Attenborough's brilliant nature documentary series, and alongside some uniquely beautiful images of the world's ocean's dwellers, there were some scenes that single-handedly raised local sea levels.

Because of all the tears, you see.

When you want the baby walrus to live but don't want the polar bear and her babies to starve to death #BluePlanet2 pic.twitter.com/ZwaiNG4yZC

Getting so emosh about a walrus #BluePlanet2 pic.twitter.com/x6J5kKNoVs

I never thought I’d get upset at a titanic/walrus crossover but here I am ?‍♀️ #blueplanet2 pic.twitter.com/Qmcb1drkfp

The walrus has nowhere to rest/protect her fucking baby BECAUSE HUMANS HAVE FUCKING RUINED THE PLANET. WE ARE DISGUSTING #BluePlanet2

David Attenborough, all the time:
"Look at this lovely fluffy baby. See how it plays?
Shame if something... happened to it." #BluePlanet2

That Mother Walrus cradling her baby in the sea #BluePlanet2 pic.twitter.com/sXyqbVObUP

The next episode airs on BBC One on Sunday 5 November.

We're not entirely sure we'll be emotionally recovered by then.

popular
An '80s action classic is among the movies on TV tonight
Morgan Freeman has been banned from entering Russia
The JOE Friday Pub Quiz: Week 295
Three people injured after two-car crash in Dublin
QUIZ: Can you name every county in Ireland containing the letter 'O'?
Late Late Viewers left in awe of Paul McGrath's memories of Jack Charlton
QUIZ: Get ready for a tricky time with this General Knowledge Quiz
You may also like
4 months ago
QUIZ: Do you know the collective name for these groups of animals?
5 months ago
Public urged not to abandon their older pets as part of new Christmas campaign
6 months ago
Pet dog catches Covid from its owner in first UK case
7 months ago
National Poisons Information Centre issues warning over false widow spiders
8 months ago
Liveline listeners shocked as woman tells of youths harming dog in Dublin
9 months ago
Terrifying video shows guest at reptile centre rescuing handler pulled in by alligator
Next Page