If you're somehow unfamiliar with the exceptional modern disaster that was the first - and very much last - Fyre Festival, here's the rub:

Conceived as a ludicrously extravagant method of promoting a new music booking app, the 2017 Bahamian getaway promised the most opulent festival imaginable, only to deliver a Lord of the Flies scenario where rich kids and influencers scrambled for survival.

END_OF_DOCUMENT_TOKEN_TO_BE_REPLACED

Thankfully, nobody died and injuries were mostly of the highly embarrassed variety.

Atop of this mountainous burning garbage heap stood entrepreneur Billy McFarland; a fast-talking con artist who made his name developing a black stainless steel credit card marketed at the elite.

McFarland sold enviable exclusivity to affluent rubes at a premium, and he would attempt to do it on a much grander scale with the Fyre app and its hottest launch party in history, bro.

Alongside him, Ja Rule. Because of course Ja Rule was somehow involved. The rapper and occasional thespian would ultimately distance himself from what followed, leaving McFarland to take the rap.

In short, the festival team was playing catch-up from day one, all the while advertising, selling and hastily upgrading eye-popping expensively packages that they could never possibly deliver upon.

Check out the trailer for Netflix's brand new doc below, and then we'll get to the meat of this thing:

END_OF_DOCUMENT_TOKEN_TO_BE_REPLACED

Billed as 'The Greatest Party That Never Happened', FYRE lives up to the grim hype, smartly choosing to focus more on build-up and aftermath than the chaos that was captured in real-time and distributed freely on Twitter.

If you're here to laugh at horrified rich kids descending into looting-based carnage and weeping openly for their respective carefully-curated Instagram pages, don't worry, you'll get that.

You just don't get as much of it as you might anticipate - there's only x amount of decent and useable footage to go around, one supposes - but the shocking twist is that the 'before and after' segments actually create the most discomfort.

And we're talking deep, knot-in-your-stomach existential horror to the point that you're practically begging everyone on your screen to just stop, walk away and do literally anything else than what they're about to do.

EXCLUSIVE: Connie Nielsen discusses what is happening with Wonder Woman 3

END_OF_DOCUMENT_TOKEN_TO_BE_REPLACED

This is what happens when unstoppable arrogance meets immovable ineptitude.

Despite some prescient concerns from reluctant staff members who were suddenly tasked with jobs they had no previous background in - such as the small but important role of booking an entire festival from scratch - the project was on.

As the documentary painfully illustrates, boring details like budgets and time and planning weren't really high on the agenda at Fyre HQ.

Instead, partying with supermodels like Emily Ratajkowski and Bella Hadid on a secluded island and making a video of this wholesome activity in order to sell a pipe dream was crucial. 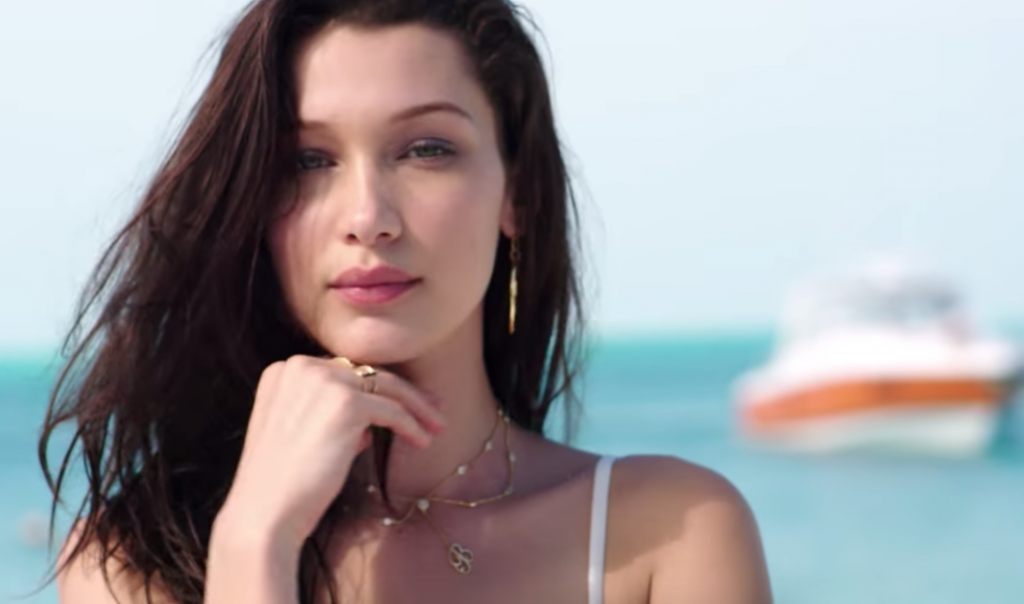 Look at what you could have. Covet it. Buy it.

That could be you hanging out with impossibly beautiful bikini-clad influencer types and having a bop to the likes of blink-182, Disclosure and Major Lazer.

You could swim with pigs! You could mill around on a jet ski! You could swap campfire stories with Kendall Jenner, who will definitely be there!

In the end, there was no sign of Kendall Jenner - who was paid a cool $250,000 for a solitary Instagram post that promoted the festival - or Emily Ratajkowski or Bella Hadid, despite their campaign of sharing an "ambiguous burnt orange" tile on social media to stir up intrigue.

None of the acts on the bill would make the trip, either. Blink-182 publicly withdrew in advance, citing concerns at being unable to perform to their required optimum level. The other acts didn't even have to do that. Fyre provided their exit for them.

Among the many, many organisational calamities that befell this mess was the nature of the location itself.

At first it seemed that McFarland and company scored a real coup by securing a private island that once belonged to notorious drug lord Pablo Escobar.

The story goes that they'd agreed to purchase the land for $10 million with the intention of establishing Fyre Festival as an annual extravaganza, with the owner reportedly delighted at the possibility of a possible, significantly less murderous rebirth.

Just one thing. Don't mention Pablo Escobar. Keep him out of the marketing materials. Sound good?

Cut to the Fyre team's next social media tease explicitly selling the fantasy of living like Pablo Escobar for a weekend or two of high class debauchery and their eventual eviction from the paradise in question due to one very pissed off landlord.

The new venue would be just as good, though. Right? 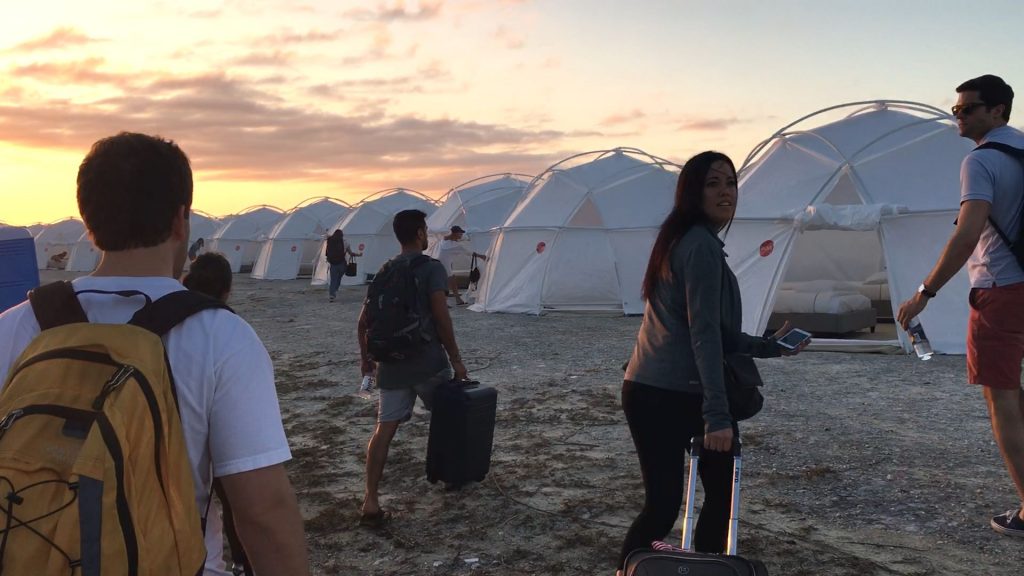 The above is just one of a litany of alarming, unbelievable and, at times, genuinely disturbing episodes in this great collapse.

To say much more would be to spoil the fun of digging right into such intense murk and mire.

Perhaps fittingly, Netflix's exposé is a rich affair. It boasts high production values and a glossy aesthetic. Interviewees - made up of Fyre staffers, outside help and some poor souls who attended - are filmed in lavish living spaces and complimented by flattering lighting.

Sometimes, their shock and awe feels mildly theatrical. Generally, they give good quote.

Strip back the artifice and you are left with avarice. Ja Rule comes across as a repellant human being, while the film manages to introduce a brand new villain before the credits roll.

But the buck stops with Billy McFarland, a fraud whose commitment to being a sociopath is presented in jaw-dropping fashion even after everything has come crashing down around him.

His future is decidedly less exquisite than the playgrounds he marched through without a care in the world and he should never be regarded as some kind of misunderstood visionary who deserves another shot at the big time.

His legacy, like his pathetic attempt to revolutionise the festival experience, is trash.

The Big Reviewski || JOE · TBR Spotlight: Loki Episode One - 'Glorious Purpose'
popular
New powers to allow Gardaí request the passcode for smartphones
It's official, these are the sunniest counties in Ireland
Matt LeBlanc has seen the memes of him as every Irish auld lad and very much enjoyed them
QUIZ: Can you name all of these counties from their nicknames?
The JOE Movie Quiz: Week 106
QUIZ: You won't be able to guess all these brands from their slogans
QUIZ: Take on this tasty challenge of your General Knowledge skills
You may also like
1 day ago
The JOE Movie Quiz: Week 106
1 day ago
Here are the best movies on TV this evening
2 days ago
5 new Netflix additions to get you through the weekend
2 days ago
Loki may have already found its own Kathryn Hahn in more ways than one
2 days ago
Nine Perfect Strangers could be this year's Big Little Lies or The Undoing
2 days ago
Here are the best movies on TV this evening
Next Page