A few weeks ago, JOE's very own scruffy-looking nerf herder, Eoghan Doherty, caught up with Emilia Clarke to chat all things Solo: A Star Wars Story and after talking about events in the galaxy that's far, far away the conversation inevitably turned towards Game of Thrones.

FYI, Clarke also happens to be the Mother of Dragons in the beloved show...but you already knew that!

END_OF_DOCUMENT_TOKEN_TO_BE_REPLACED

We all know that the two things that flow the most in Westeros are wine and blood but it appears that Clarke can't wait until the party season starts because when asked about the Game of Thrones wrap parties, here's what she said.

Well, you can't accuse Daenerys of being a woman that breaks her word because loads of the Game of Thrones cast - past and present - gathered in Belfast recently for a few drinks and it looked absolutely wild.

There's Emilia Clarke (Daenerys Targaryen) and Nathalie Emmanuel (Missandei) sharing a nice moment as they pick up a sword.

All men must die! 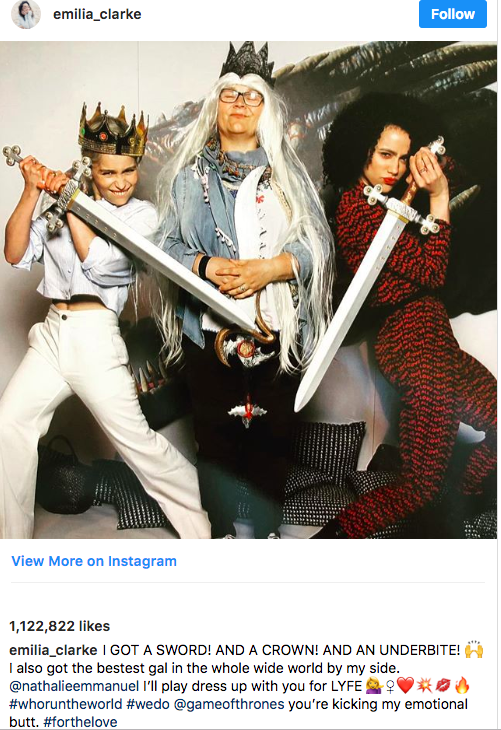 Elsewhere, Khaleesi was reunited with her first love to recreate 'that' moment from Dirty Dancing.

We won't let Jon Snow see this one! 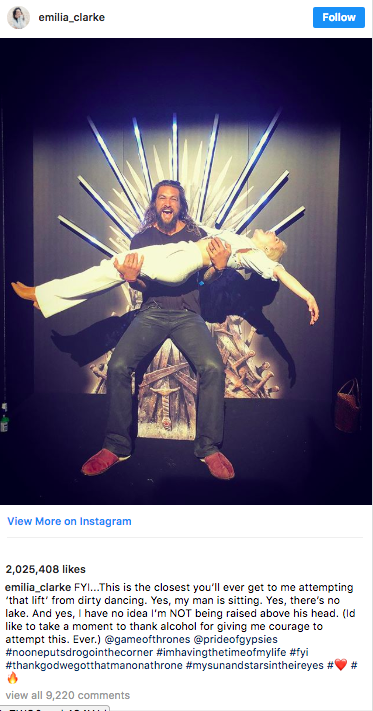 Imagine being this photogenic while drunk pic.twitter.com/JHxZG5s6WW

Well, it appears that the King in the North doesn't hold any grudges with regards to the ex-boyfriends of his current squeeze. 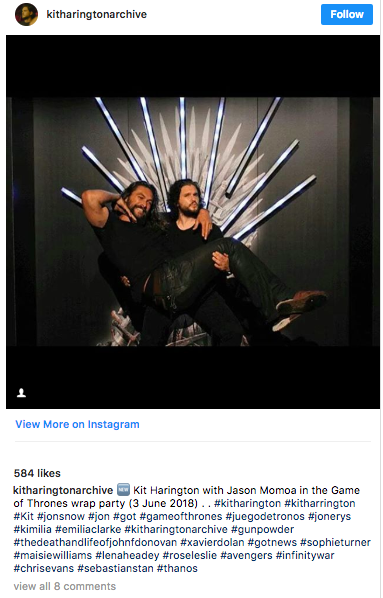 It's not a party without inviting the guy that drinks and knows things. Yes, that's right. Peter Dinklage (Tyrion) was also in Belfast. 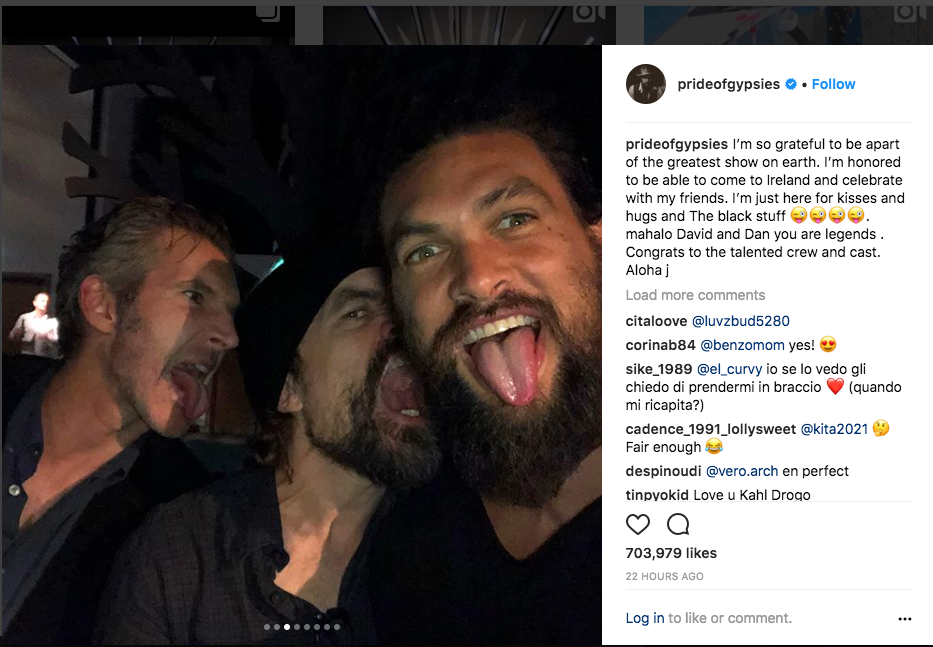 We wonder if The Hound wanted every f**king chicken in the room after knocking back a few pints?

Rory is alive! from r/freefolk

Grey Worm, Bran, Robert Baratheon and Sam also got in on the act.

Finally, we've got the proof that Ned Stark lives.

Proof he was there pic.twitter.com/uHiczNGAwm

popular
One of Keanu Reeves' best movies has just been added to Netflix
The JOE Friday Pub Quiz: Week 272
CONFIRMED: Nightclubs to close, 50% capacity at indoor events and household mixing limit among new restrictions
QUIZ: Name the country for each of these non-capital cities
The 50 most iconic songs of all time* have been revealed
Pandemic Unemployment Payment to reopen for workers impacted by new restrictions
Here's the lineup for tonight's Graham Norton Show
You may also like
2 days ago
Game of Thrones Studio Tour will open in Ireland in February 2022
4 days ago
8 great new additions to Amazon Prime Video in December
4 days ago
"It has a Beauty & The Beast aspect" - Kristofer Hivju on his role in The Witcher Season 2
1 week ago
Marvel's answer to Die Hard and 7 more movies and shows to watch this week
1 week ago
Who tweeted it: Simu Liu or Rahul Kohli?
1 week ago
The 10 must-watch new (and old) arrivals on Disney+ this December
Next Page