If these photos from Spain are any indication, Arya's about to be reunited with an old 'friend' in Game of Thrones

Filming for Game of Thrones' final season is underway, which means there's been plenty of spoiler-filled photos popping up online.

Some of them have absolutely broken our hearts, others hinted about some possible returns to Westeros.

The latest one, however, may not be as it appears.

Quick warning: there are potential spoilers lying behind The Wall. 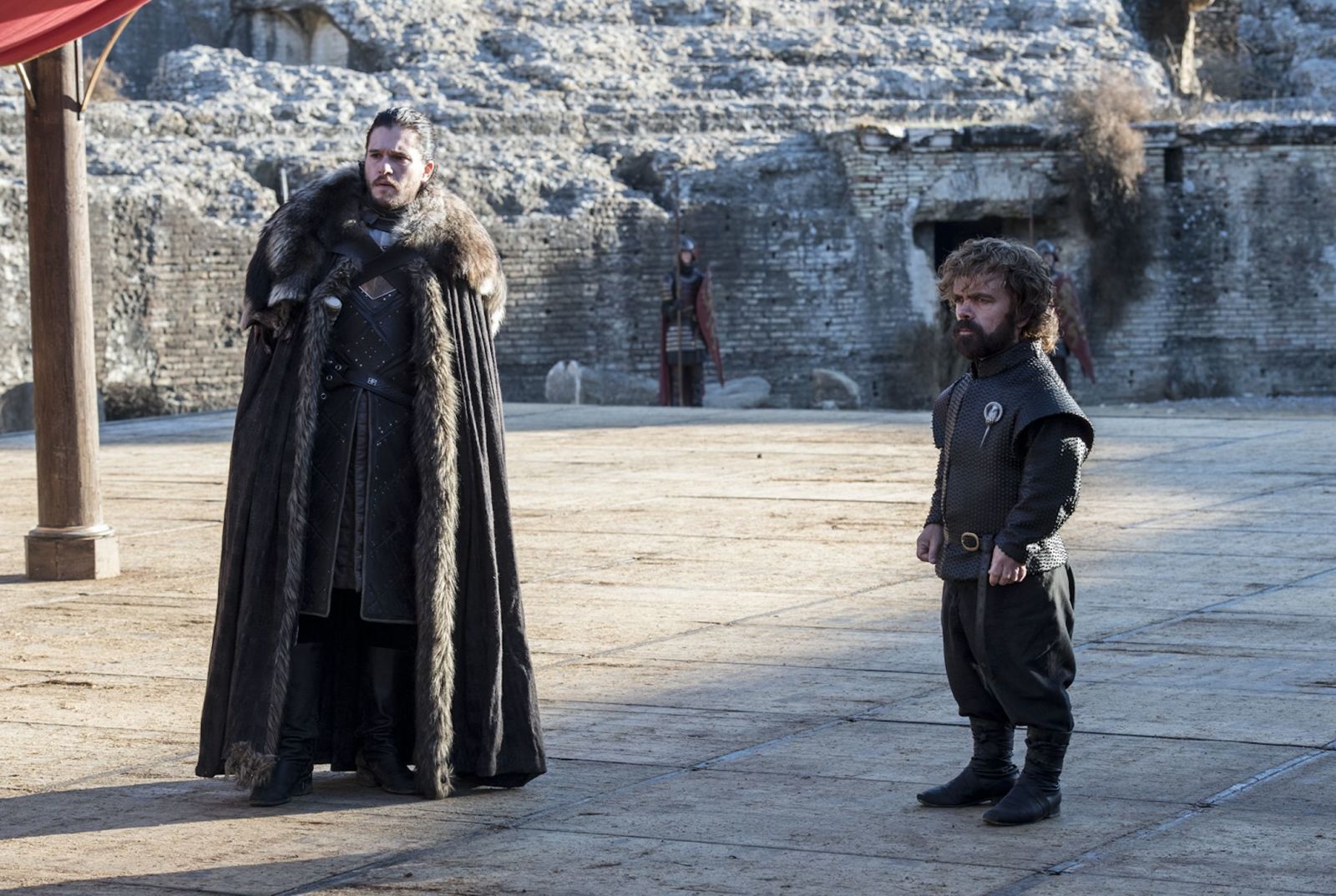 The HBO epic has begun filming in Spain, with many of the usual suspects - like Sophie Turner, Nikolaj Coster-Waldau, Maisie Williams, and Peter Dinklage - having been spotted out and about in Seville.

According to Winter Is Coming, they are currently filming at the nearby ruins of Italica, otherwise known as the Dragonpit.

And with the number of cast members who have been spotted in the area, including the sighting of David Benioff and D.B. Weiss (who are directing the final ever episode), many have begun to speculate that it is a huge scene.

But among the more familiar (and slightly expected) faces spotted getting ready to film at the location were two... more unusual characters.

END_OF_DOCUMENT_TOKEN_TO_BE_REPLACED

Basically, it looks like Game of Thrones is either breaking out some serious surprises for its final six episodes...or trolling us.

Tom Wlaschiha, who plays Jaqen H’ghar, was taking selfies in Seville with fans - and Vladimir Furdik, aka the Night King himself, was also seen.

It could be a simple coincidence because, hey, weirder things have happened - especially when it comes to Game of Thrones.

COMPETITION: Just in time for Christmas, we've got a €200 One4All voucher to give away!

END_OF_DOCUMENT_TOKEN_TO_BE_REPLACED

There's also the possibility that fans are going to be in for a rather bizarre meeting of the minds at the Dragonpit next season, with Jaqen having been last seen more than a season ago.

But given the fact that they brought out Sibel Kekelli, who played Shae, on to the set for season 6 (and in full costume, too) just to mess with fans...

Well, it's more than likely just another fake out from the producers.

We'll have to wait until season 8 begins in 2019 to find out for sure, though.

popular
One of Keanu Reeves' best movies has just been added to Netflix
CONFIRMED: Nightclubs to close, 50% capacity at indoor events and household mixing limit among new restrictions
The JOE Friday Pub Quiz: Week 272
Here's the lineup for tonight's Graham Norton Show
One of the best Irish movies ever made has just been added to Netflix
The 50 most iconic songs of all time* have been revealed
QUIZ: Name the country for each of these non-capital cities
You may also like
2 days ago
Game of Thrones Studio Tour will open in Ireland in February 2022
4 days ago
8 great new additions to Amazon Prime Video in December
4 days ago
"It has a Beauty & The Beast aspect" - Kristofer Hivju on his role in The Witcher Season 2
1 week ago
Marvel's answer to Die Hard and 7 more movies and shows to watch this week
1 week ago
Who tweeted it: Simu Liu or Rahul Kohli?
1 week ago
The 10 must-watch new (and old) arrivals on Disney+ this December
Next Page