As is the norm when every year ends, it's time to reflect and look forward at what's to come. 2018 was a superb year for comic book films with Black Panther, Avengers: Infinity War and Venom all striking gold at the box-office, but 2019 is shaping up to be colossal.

Dark Phoenix, New Mutants, Shazam!, Captain Marvel, Spider-Man: Far From Home, Joker, Hellboy, and the small matter of Avengers: Endgame are all set to be released but the landscape was very different when M. Night Shyamalan was gearing up to release his follow-up to The Sixth Sense, Unbreakable. 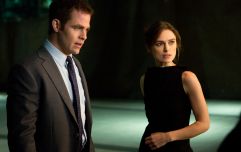 END_OF_DOCUMENT_TOKEN_TO_BE_REPLACED

Gritty, slow burning, and utterly compelling, the drama gave the comic book genre a brand new approach by grounding the story in a very ordinary world that happened to be populated by extraordinary people.

Truth be told, the story of David Dunn (Bruce Willlis) - the sole survivor of a devastating train wreck - and Elijah Price (Samuel L. Jackson) - a mysterious stranger who offers a bizarre explanation as to why David escaped without a single scratch - has only improved with age.

A devout comic book reader, Shyamalan never hid his influences on Unbreakable but as hard as it is to believe, the studio felt that a comic book film was a hard property to market in 2000!

With Glass set for release on 18 January, we had the chance to chat with M. Night Shyamalan and we asked him why it took so long to see a sequel involving David Dunn and Elijah Price. 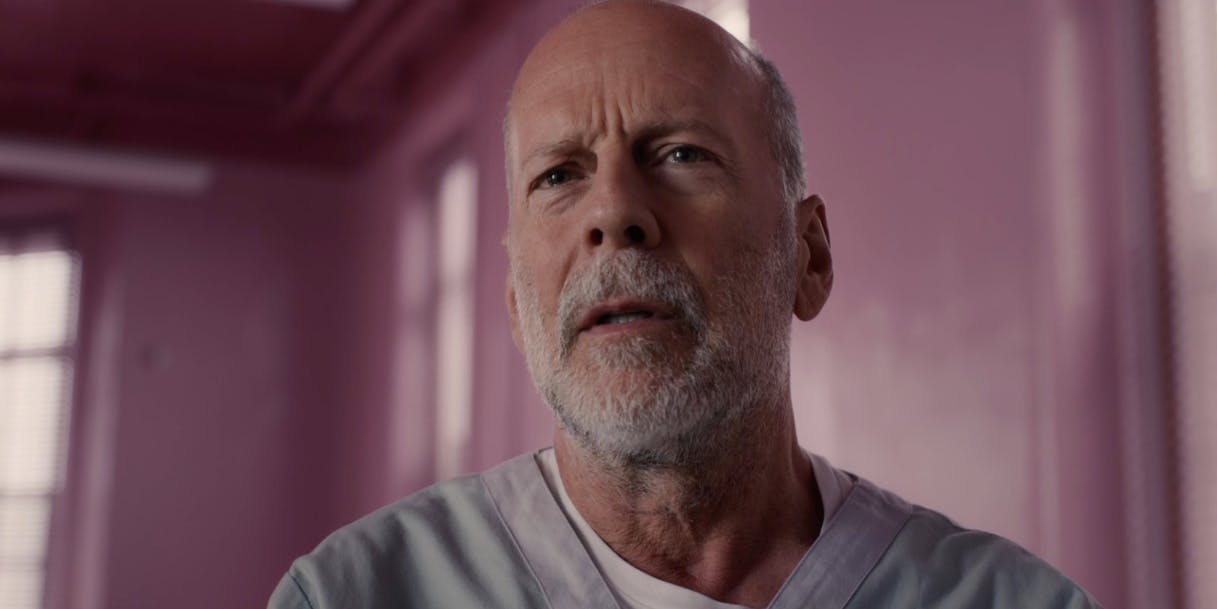 "Being totally honest. At that time, Disney felt that we couldn't sell it as a comic-book movie because they felt that nobody would come to a comic book film," said the director.

"They felt that this is not a subject matter that you would get a wide audience for. This (comic book films) is for weird people at conventions and things like that. After the success of The Sixth Sense, they wanted to just sell it (Unbreakable) as a thriller. I was like 'Ok, but I think this is a cool idea that would really ground it.' It might be a dismissible subject, but treating it as an embellished version of the truth is where the real appeal for it lies." 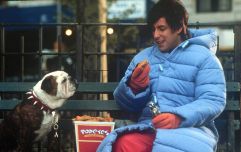 END_OF_DOCUMENT_TOKEN_TO_BE_REPLACED

Of course, since 2000, the world has seen countless comic book success stories with X-Men, the MCU, and more 'meta' films like The Incredibles, Kick-Ass, and Chronicle prospering.

Simply put, the market has changed since Unbreakable was released but Shyamalan insisted that Glass is very different to the more 'standard' comic book tropes, cliches and genre rules.

In fact, the Oscar-nominated filmmaker even compared his upcoming film to one of the most beloved character dramas of all time, One Flew Over the Cuckoo’s Nest.

"I’m not drawn to the architecture or muscular style of comic book films. It’s not my strong suit. I’m not a techie guy. I don’t go ‘I can’t wait to have a million of this and that blowing up.’ It doesn’t respond to me in that way. This film is super-contained. It’s really contained, this is One Flew Over the Cuckoo’s Nest and it’s very much in this one location. Like, there’s an eleven minute dialogue scene in the middle of the film. It’s very different and my whole gamble is that audiences want something different. They just don’t want another comic-book film because there’s plenty of those. This is something different, it’s a psychological thriller that’s not trying to be something else." 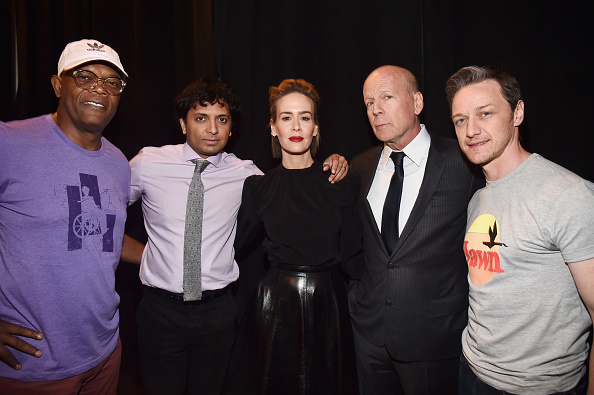 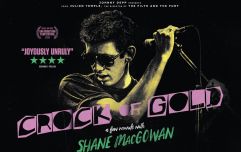 END_OF_DOCUMENT_TOKEN_TO_BE_REPLACED

Of course, David Dunn and Elijah Price aren't the only characters in Glass that possess superpowers because James McAvoy's horrific character from Split, The Horde/Kevin Wendell Crumb, is also looming large after unleashing his most horrific creation, The Beast.

We had to ask Shyamalan if his idea of a shared cinematic universe drew inspiration from other similar worlds in the comic book genre.

“I guess I haven’t been looking at other crossover movies for inspiration. For me, the great movies are all about one subject. Things like belief vs doubt. This whole movie is about belief and doubt. I aspire for every scene to have that one conversation so when the three main characters in Glass all meet, and The Beast stands up and realises that David is as strong as him, you see that play out and Sarah’s (Paulson) character sort of questions all of this," he said.

Yet again, the director of The Village and Signs was keen to stress the fact that Glass is very much a character-driven film that doesn't care about spectacular aerial battles, orbs of mysterious power, or an event that threatens to destroy the world.

This being said, JOE was privy to a few minutes of the film and the action sequences are impressive with some bone-crunching fights thrown in for good measure. However, Shyamalan is proud to say that his film is not the typical fare that you would see from DC or Marvel.

"It’s very character driven and when you think about it, the DC Universe took the approach of their comic-book films as earnest fantasy, that was the tone they were going for - which is very, very tricky. Marvel went buoyant, kind of tongue in cheek and self-deprecating, to the point that they made some of them as straight comedies. They went at that but they’re much more character driven than the DC films. We’re going even further than that and saying ‘this is primarily a character-driven movie that happens to be about comic-books." 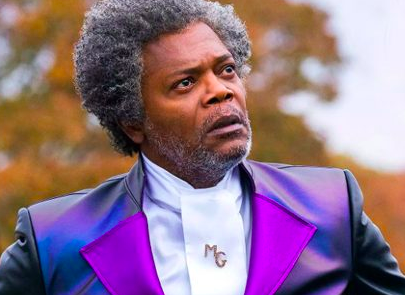 This being said, we're living in an era where comic book films have impacted every single element of the pop-culture zeitgeist and with this in mind, can a different genre film like Glass survive in a very saturated market?

"The whole premise of the movie is 'what if Marvel was real?' There's no flying, or lazers from eyes, but can a mom lift a car off a child? Is that possible, or is it urban myth? Let's go down that vibe," said Shyamalan.

"What are we capable of? Are we just imagining these type of abilities? For me, there are a couple of incredibly choreographed sequences in this film and what it has is a thriller meets comic book vibe. It's very suspenseful at times and you feel that because we have a few very long takes with minimal edits and cuts. The audience really gets drawn in and starts to guess the motivations of certain characters."

The whole industry has changed since Unbreakable was released and given the massive box-office success of Split and the nostalgic appeal of Unbreakable, very few people would bet against Glass being a popular draw for film fans around the world when it's released.

On this note, would Shyamalan be tempted to return for another film that continues on the story of the so-called Eastrail 177 Trilogy (Unbreakable, Split, Glass)?

"Nah, that idea even turns me off making a sequel! Just even talking about it. The whole idea about negative capability, that’s the thing I want to push. That’s the psychological term with being ok with uncertainty. Having one foot here and one foot there. You should build that. I don’t know if Glass is going to succeed. Some people might find it way too boring because some kids have certain expectations…and that’s ok. I’m ok with that, you can’t be a results driven person. The next thing I'm thinking about has nothing to do with this and I don’t think, I’ll ever do another sequel."

All will be revealed when Glass is released on 18 January.


The Architects Of Business || JOE · Camile Thai founder Brody Sweeney on losing one restaurant empire and building another
popular
Gardaí arrest motorist with live European Arrest Warrant in place for multiple serious offences
Extinction Rebellion attempt to confront David Attenborough at his home after he criticised the group
Bodies of an adult and two children discovered at house in Dublin
Knock Airport to close for four weeks after suspension of all Ryanair flights
Christmas flights in doubt as risk of travel is simply "too high"
Can you beat the clock and name the 32 counties of Ireland in alphabetical order?
Here's Week 55 of JOE's 19 in 90 quickfire quiz
You may also like
1 day ago
RTÉ issues callout for people with the “most horrible, most embarrassing stories” for new comedy series
2 days ago
Here are the 6 best movies on TV on Monday
3 days ago
Here are the best movies on TV tonight
3 days ago
The JOE Movie Quiz: Week 75
3 days ago
Here are the best movies on TV this evening
4 days ago
The best films to stream on Netflix and Amazon this weekend
Next Page