A recent comment from the show's creator is extremely interesting.

As always, if you haven't seen the most recent season of Peaky Blinders, consider this to be your spoiler alert warning. 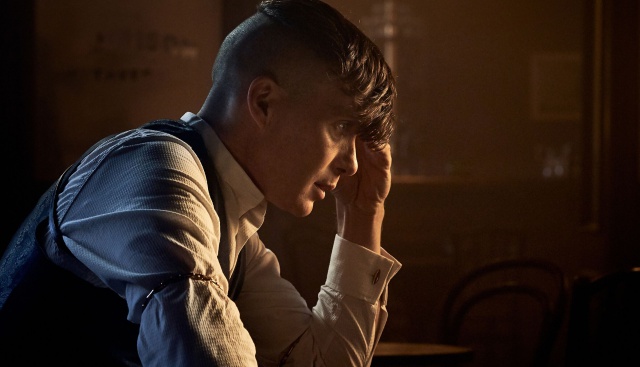 END_OF_DOCUMENT_TOKEN_TO_BE_REPLACED

With Season 6 being rumoured to start filming in March, Dubliner Anthony Byrne has a lot of loose ends to tie up as he returns to direct the next episodes.

Of course, Season 5 ended on a more sombre cliffhanger as Tommy Shelby was forced to come to terms with the PTSD, metal anxieties, and pressures that he has faced since returning from WWI.

While it's highly unlikely that the leader of the Peaky Blinders pulled the trigger and died by suicide, Tommy does face another more sinister and expansive threat, the rise of fascism.

Throughout Season 5, the character of Oswald Mosley epitomised the burgeoning evils of fascism and despite Tommy's best intentions to spy on Mosley and bring the movement down from the inside, things didn't go according to plan.

In a recent interview with The Guardian, the show's creator, Steven Knight, confirmed that the character of Oswald Mosley (Sam Claflin) will be returning for Season 6 and that the producers are currently looking to cast an actor for the role of Diana Mitford, Mosley's second wife.

When Mitford married Mosley in 1936, their marriage took place at the home of Joseph Goebbels in Berlin. Adolf Hitler was the guest of honour.

END_OF_DOCUMENT_TOKEN_TO_BE_REPLACED

Ok, while Peaky Blinders is grounded in some semblance of history and real life events, it does take factual liberties. However, during a recent Reddit AMA, Knight and Cillian Murphy were asked if the show would feature any more famous historical figures.

Knight replied by saying: "In Series 6, there will be a figure from history who may surprise people."

Granted, given the time period that the show is set in, this famous historical figure could be anyone but there are genuine real life connections between Mosley and Hitler that can't be ignored.

Knight has consistently said that he plans on ending the show when WWII is declared and the first air sirens are heard (1939). The wedding between Mosley and Mitford took place in 1936.

By this logic, it's entirely possible that Tommy Shelby could cross paths with the personification of pure evil, Adolf Hitler, at Mosley's wedding.

popular
International travel won't resume until August "at the earliest", says Leo Varadkar
The JOE Movie Quiz: Week 102
Ryanair set to take first delivery of "Gamechanger" aircraft this month
RTÉ to seek additional voluntary redundancies after 87% of staff reject salary cuts
360 new cases of Covid-19 confirmed across Ireland
Here are the restrictions being eased today as Ireland continues reopening
Ice-cream shop owner issues 99 warning amid "worldwide shortage" of flakes
You may also like
6 days ago
NBC refuses to air 2022 Golden Globes over lack of diversity within Hollywood Foreign Press Association
1 week ago
New RTÉ series to celebrate The Commitments, The Snapper and The Van 30 years on
2 weeks ago
QUIZ: How well do you know Ted Hastings' one-liners from Line of Duty?
2 weeks ago
Line of Duty's Martin Compston says Sunday's episode could be the last ever
2 weeks ago
Each Line of Duty copper ranked by their likelihood of being H
6 days ago
"I don't want to be Tom Holland!" - Dave Bautista on the difficulty of keeping big Marvel secrets
Next Page