A day in the life of Jason Bourne...

To celebrate the release of Jason Bourne, the fifth installment in the Bourne Series, we teamed up with Universal Pictures to step inside the world of the badass himself and participate in a Bourne Bootcamp, learning self-defence and combat techniques.

In this latest chapter, Matt Damon returns as our titular hero as he resurfaces... SPOILER ALERT... years after his escape at the end of The Bourne Ultimatum.

Here's a reminder of that final scene! You're welcome.

The CIA former operative finds himself against a new program which has been created to hunt him down, while he is still trying to find all the answers to his past and family.

So, a rough enough day for old Jason you could say.

First day of principal photography complete and happy to report, BOURNE is back! #Bourne2016 pic.twitter.com/ncIILnGKWr

And so we headed along to immerse ourselves in the Bourne bootcamp to learn self-defence.

Just in case we ever find ourselves being hunted down by a host of hit men.

Hey, it could totally happen. 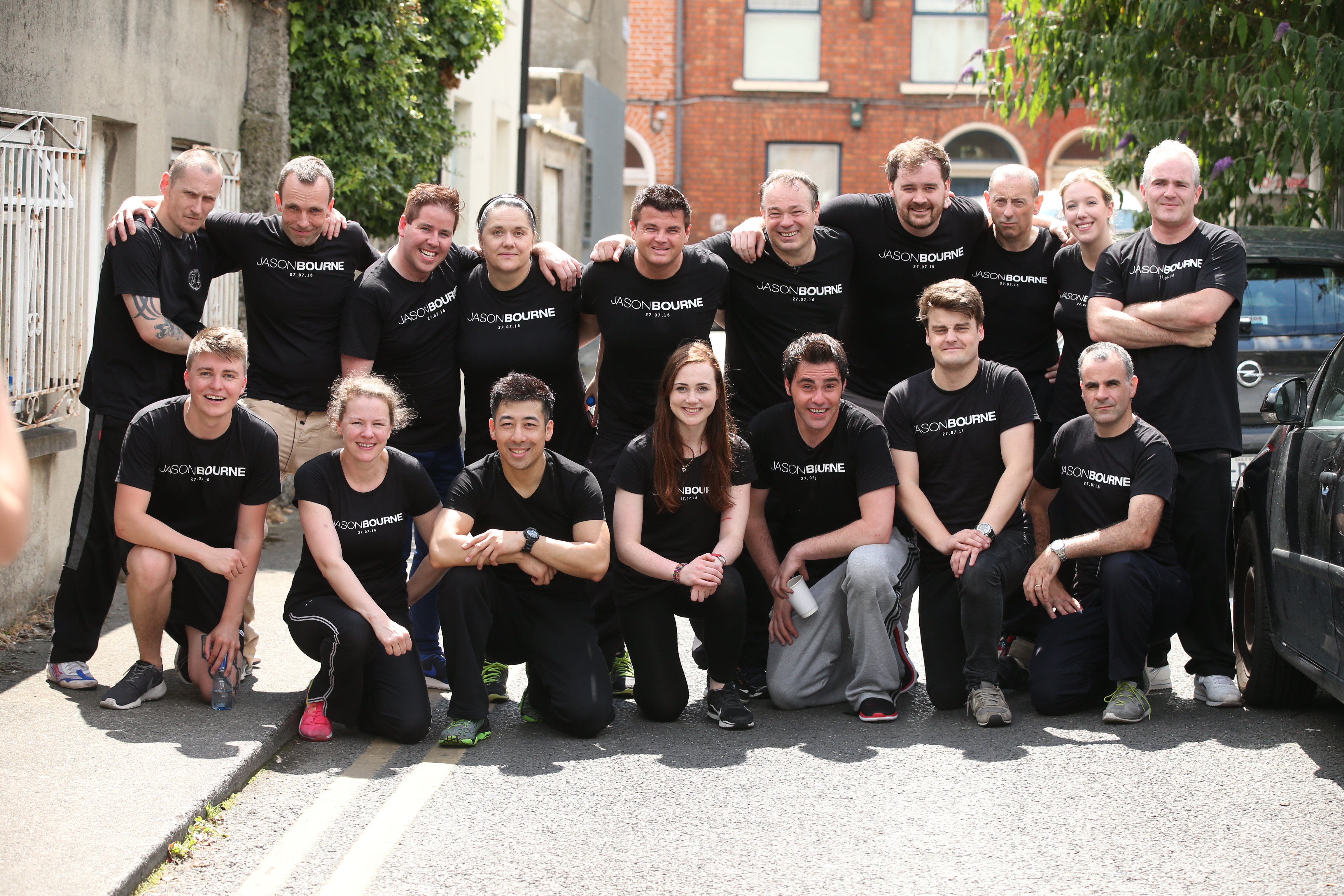 Our self-defence boot camp commenced with an introduction to our instructor for the day, Patrick Cumiskey, Close Quarter Combat Head Trainer.

Patrick spoke of his experience teaching self-defence courses in Ireland which he centres around Krav Maga.

Krav Maga is a style of self-defence based on instinctive body reactions, the moves you will do without thinking, so as best to equip you with the most reflexive and natural moves if you come under threat.

Since 2001, Patrick has trained over 30,000 people in Ireland using this style of defence including the Gardaí and the United Nations Unit preparing for deployment, and so is effectively not someone we'd recommend picking a fight with. 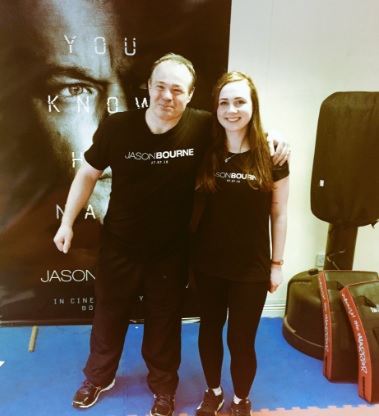 What starts off as an introduction quickly becomes an interactive lesson, involving us learning and trying out these defensive moves for ourselves, in between bouts of sweating and breathlessness of course.

A heads up on what deodorant Jason Bourne uses would've been handy.

We were taught about how attackers choose their victims through a process of effectively "interviewing" their target, and judging by their reactions if they will retaliate to an attack or not.

Patrick described this as ultimately "the one interview you really want to fail”. 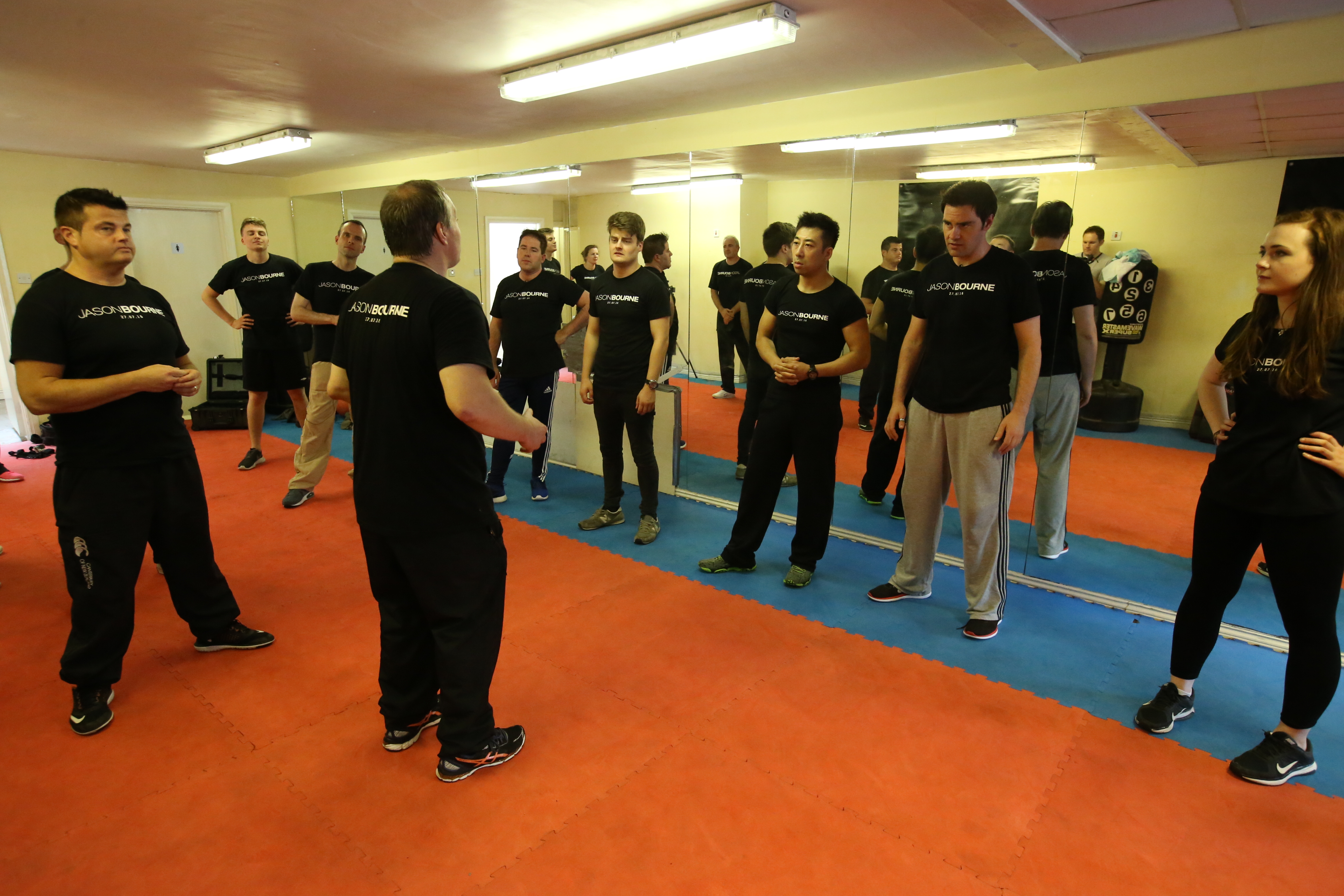 In just a few short hours, we practised the moves to use to escape from a headlock, how to disable an attacker who strikes, how to defend against knife stabs and slashes, and how to escape from a front choke, all with the help of Patrick's trained team. 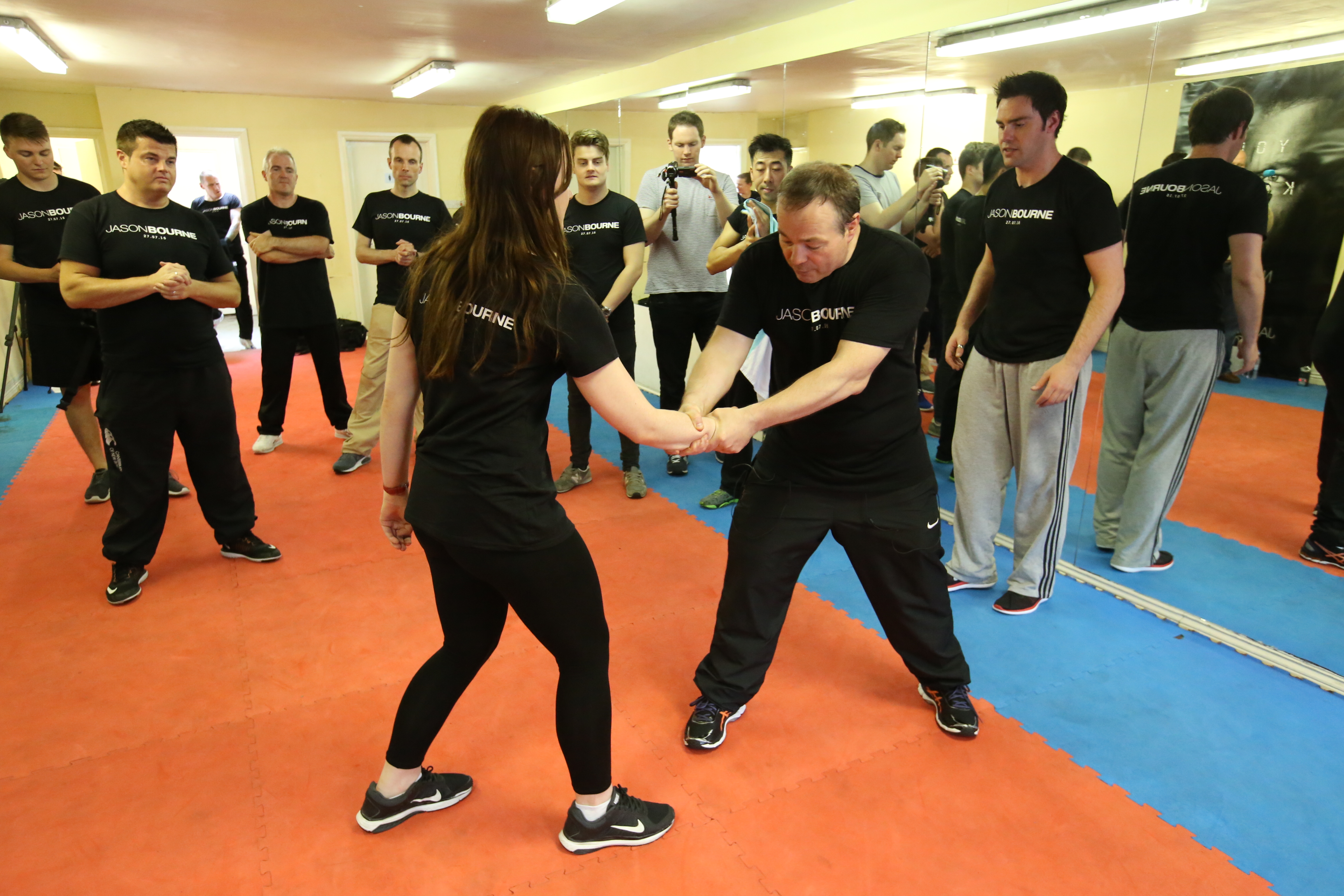 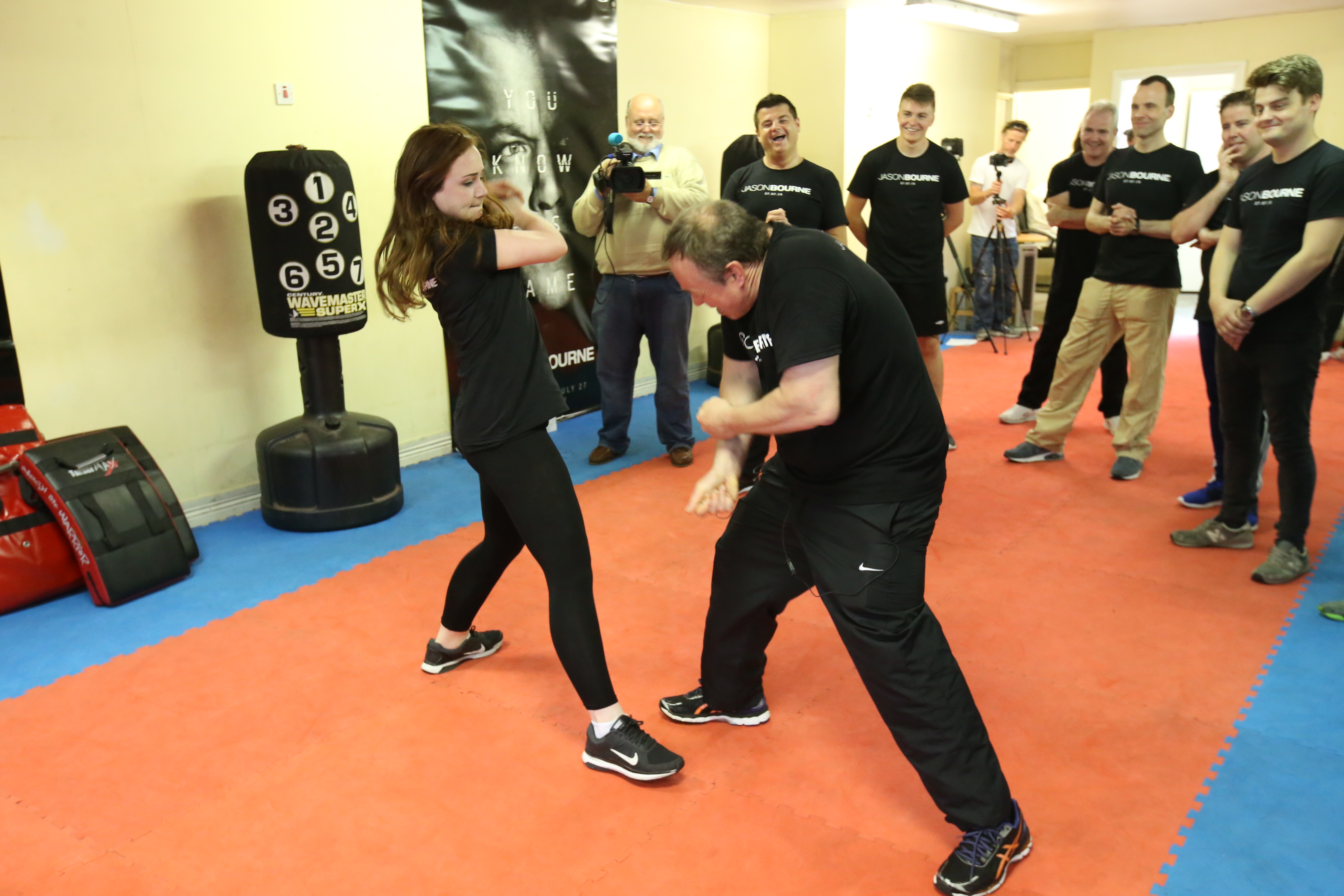 Check out some of the highlights here from the day. Keep an eye out at 1:02 when we go full Jason Bourne on one of the instructors.

Patrick currently runs two-day and two-week courses in self-defence, with his goal to help equip everyday, ordinary people to learn how to protect themselves, fast.

From what we learned with Patrick, this is a course we would certainly recommend... provided you remember to bring a towel and A LOT of water.

Yes, we are talking about sweating again.

To get you in the mood for the release of Jason Bourne, check out the trailer below and start practising those moves.

You never know when you may have to fight off any attackers trying to skip the queue or steal your popcorn...

popular
Amazon Prime Video has just added 38 very big movies to its library
The Banshees Of Inisherin is arriving on Disney+ sooner than you might expect
Mia Khalifa claims seaside town is better than Miami
Kirstie Alley: Cheers star dies aged 71
Simpsons writer has explanation for the show being able to predict so many major events
Dissection of a woman's body to be shown on Channel 4 tonight in TV first
Woman hit by rollercoaster is trapped in own body after finally awaking from coma
You may also like
2 months ago
WATCH: Powerful Sinead O’Connor documentary primed for Oscar glory
2 months ago
WATCH: Brad Pitt and Margot Robbie return to Hollywood in the coke-fuelled Babylon
2 months ago
WATCH: Apple's iPhone 14 event featured some creepy teases for Severance Season 2
3 months ago
WATCH: The new Gotham Knights trailer reveals full gallery of villains
3 months ago
WATCH: The full trailer for Cobra Kai season 5 has landed
3 months ago
WATCH: House of Hammer details the alleged crimes of award-winning actor Armie Hammer
Next Page