Ever spend an entire summer bored out of your mind and dreaming about something bigger? Yep, us too. That's the premise of TG4's brand new comedy series EIPIC which starts this Thursday evening and follows the fortunes of 5 rural teenagers who take over their local abandoned post-office to start a musical revolution.

Much like your friends that are experts in the Modh Coinníollach, the list of shows that have been primarily focused on the trials and tribulations of Irish teenagers is pretty short which is why EIPIC should strike a chord with viewers, gaelgoiri or otherwise.

END_OF_DOCUMENT_TOKEN_TO_BE_REPLACED

Described as The Commitments for millennials or Flann O'Brien on the Monday after Electric Picnic, TG4's new comedy-drama is the first post-watershed teen show to be broadcast on Irish television. Fans of Misfits will be pleased to know that one of its writers, Corkman Mike O’Leary, is the man behind EIPIC and we caught up with him to chat about the show, music and why Irish teenagers have lacked a proper voice on TV.

JOE: So Mike, can you tell us a bit about EIPIC?

It's about 5 teenagers from a small Irish town named Dobhar that's incredibly dour and dull. During a summer of mind -numbing bordeom, they decide to set up a band and EIPIC is all about how they bond together through music and how it allows them to escape and rebel.

END_OF_DOCUMENT_TOKEN_TO_BE_REPLACED

One of the characters Sully hears about an of an online music competition, he sees it as his means of escaping the grim begrudgery of his hometown and assembles a band of teenage oddballs and weirdos. Why’s he doing this? Well, because a mysterious online friend that looks remarkably like Michael Collins told him to. 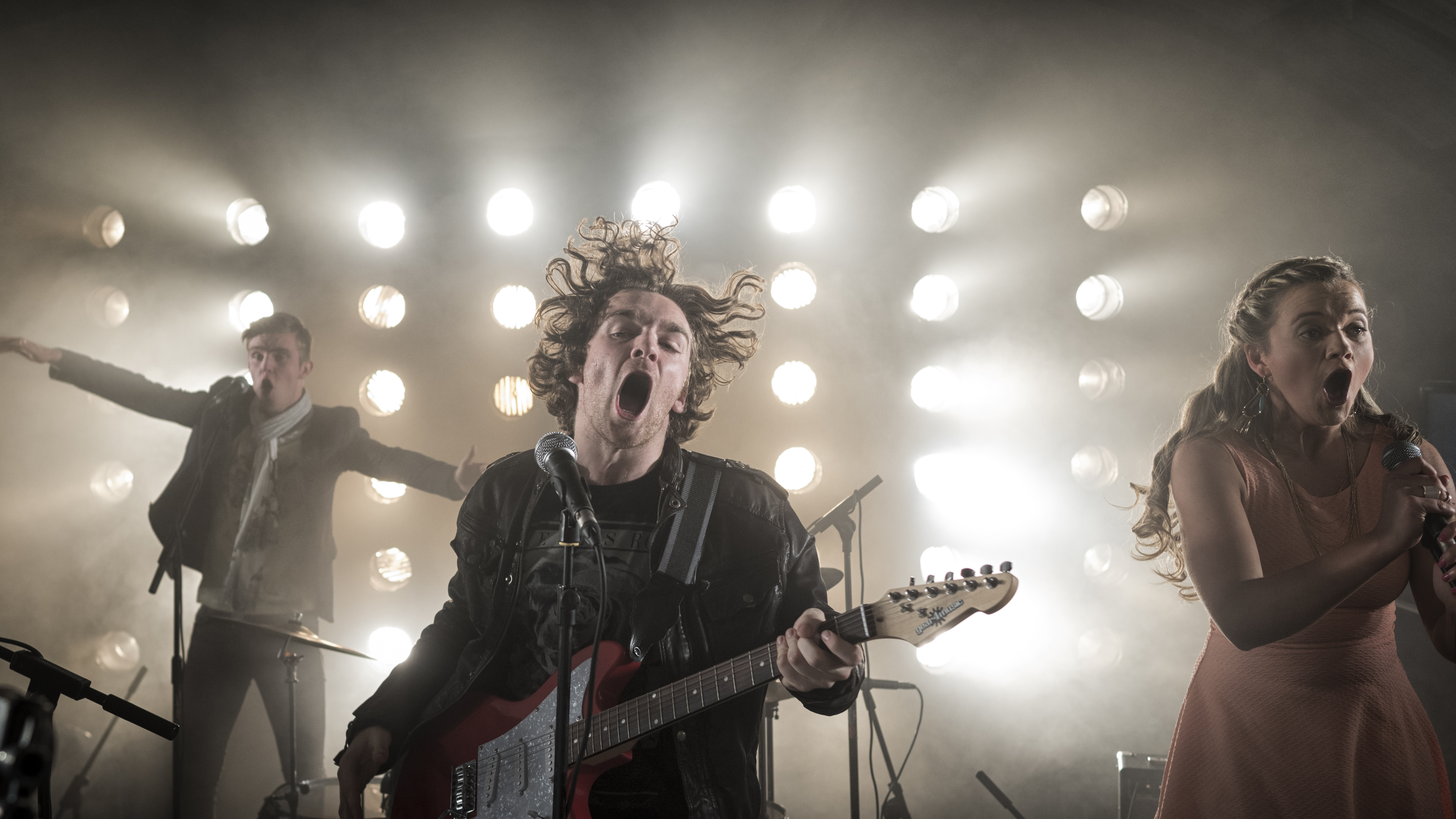 JOE: How was it conceived?

The show was based around TG4's desire to do something about Irish translations of popular music and we felt that this was a pretty interesting way to explore what it feels like to be a teenager also. We felt that teenagers in Ireland didn't really have a voice, they were missing from the national dialogue and it's something that we wanted to explore.

END_OF_DOCUMENT_TOKEN_TO_BE_REPLACED

JOE: How did you approach representing teenagers in an authentic way?

Writing for teenagers is like writing for adults, except they haven't learned most of life's lessons yet. That's the most important thing when writing about these type of characters. The show was originally meant to be a pre-watershed show but we found that if you wanted to authentically deal with the issues that normal kids deal with, then the language had to be real which moved us into the post-watershed territory.

TG4 were amazing in terms of accommodating that, they were constantly involved in the development process and happy to accommodate changes which isn't usually the way with other stations. TG4 were 100% on board and keen to tell a genuine story. 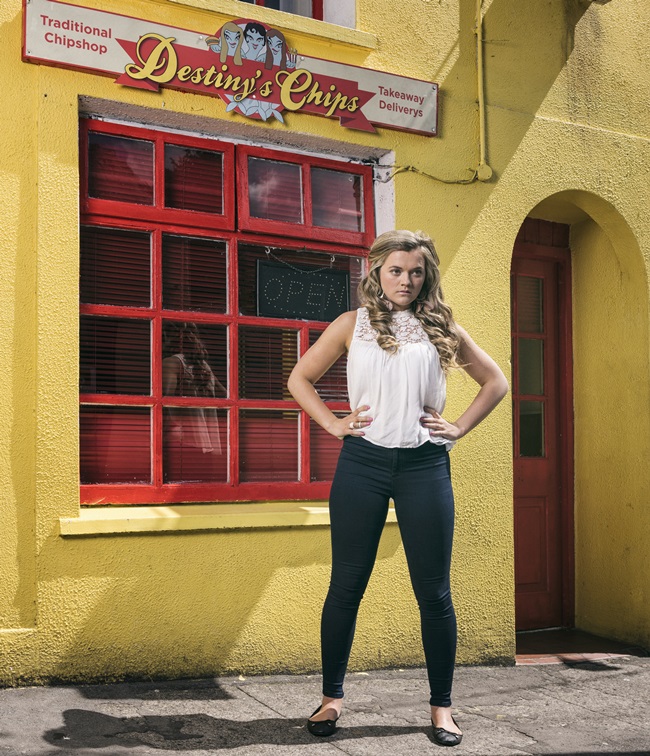 JOE: How does the fact hat it's the first post-watershed Irish show for teens make it different?

The decision to be post-watershed wasn't like we were trying to deliberately chase ratings by using scandalous storylines or anything gimmicky, it was more to do with the language that we wanted to use.

It's far from gratuitous but the show had to have a realness to it and that's just how teenagers speak. Also, when you look at shows like Skins and Misfits, the language seemed to fit. What those shows did really well is that they hit the right ratio between comedy to drama. This is the same genre that speaks to the demographic that EIPIC is aimed at.

JOE: Can you tell us a bit about the charcaters?

All shows live and die by the gang element. Misfits, Skins and The Inbetweeners are all character driven because that's what makes people tune in.

The fact that these kids are spending summer in a tiny town, they're the only ones here so they're not what you would call a 'natural' bunch of friends. Sully is the leader, he comes from a bit of a dodgy family but he's more of the dreamer/idealistic one. Then there's the guy called Oisin whose family are a little bit more middle-class, then there's Bee who works in the chipper and has dreams about fame. Mona is quiet, mousy, shy but super-talented and then there's A who was home-schooled by this insane, hardcore Republican. He's more of the wildcard.

JOE: Tell us a bit about the choice of music and the interludes?

I definitely think that half of the musical numbers are part of the real world that the characters inhabit. The other ones are almost like flight of fancies and dreams. We definitely wanted to mix it up though because there's always a fear that audiences will think 'Ah here comes another musical number' and it might make them jump out of the show.

The music choices were really interesting because so much of it was led by the narrative itself and it's pretty cool to see Irish translations of The Jam, The Smiths, FKA Twigs and LCD Soundsystem in Irish.

JOE: What was it like to write and the show's broader appeal?

I wrote the scripts in English but we all have an understanding of Irish but sometimes when you're writing, you rely on words to be funny and other times you're relying on ideas to be funny.

With this show, the ideas, physical humour and character traits all transferred over perfectly. Hearing the phrase "You're wrecking my buzz" as Gaelige was a very cool moment and it even made me go take some additional Irish classes in London because I felt the need to reconnect to the language and that's what I'm also hoping for with this show. After seeing EIPIC, it made me fall in love again with the electricity, vibrancy and buzz of the Irish language.

I was adamant that the show should appeal to all people, not just Irish speakers. When I was mulling the show over, the timing felt 100% right to do this, especially when you look at the influx of subtitled shows that people absolutely love like The Killing and The Bridge. People are a lot more ok with subtitles now. I give massive credit to the people who translated the show also because it's such a rewarding experience when watching the show.

The first episode of EIPIC screens on TG4 this Thursday, 4 February at 10pm.

popular
Eamon Ryan's mother dies in tragic accident on family holiday
Netflix has just added an incredibly tense 97-minute thriller
Forget about ultra cheap Ryanair flights for the foreseeable future, says O'Leary
Breaking Bad and Better Call Saul creator reportedly has next new show lined up
Prime Video has just added 25 very big movies to its library
Stunning Mayo beach named the best place to swim in Ireland and the UK
Body of a man recovered following drowing incident in river in Carlow
You may also like
22 hours ago
Prime Video has just added 25 very big movies to its library
1 day ago
5 must-watch shows and movies streaming on NOW in August
3 days ago
Two long-thought-dead Marvel projects appear to be in the works
5 days ago
This new true-life disaster show is being called one of the grimmest, bleakest shows ever made
6 days ago
All the new releases coming to Netflix, Prime Video, Disney+ and cinemas in August
1 week ago
An "unadaptable" adaptation and 8 more new movies & shows to watch this weekend
Next Page