We're halfway through the season, so it is time to start weeding out the murderer.

We're three episodes into the seven-episode miniseries Mare Of Easttown, and we're sure it will go down alongside Big Little Lies, Sharp Objects, and The Undoing in terms of must-watch, propulsive, addictive, and incredibly well-acted murder mysteries.

Kate Winslet is delivering a career-high performance as the detective in the small town - seriously, her accent work in this is some of the best since Frances McDormand in Fargo - and she's surrounded by a stellar supporting cast all bringing their A-game.

END_OF_DOCUMENT_TOKEN_TO_BE_REPLACED

However, at least one of those cast members is also the killer at the centre of the show's mystery, and we figured now is as good a time as any to start going through the suspects, from least to most likely of being the murderer, staring with... 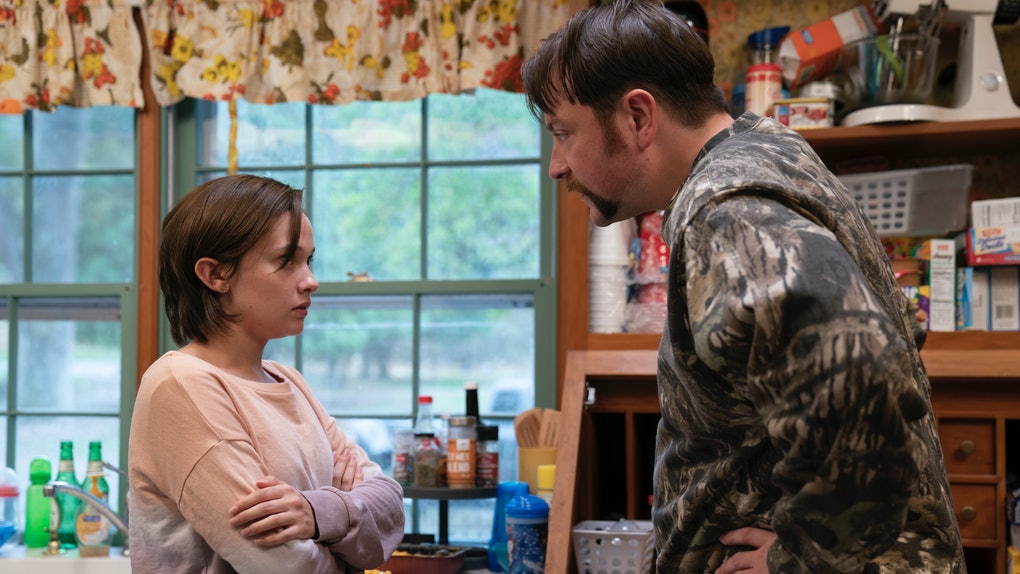 Being an angry and abusive father who screams about spending his money on his own grandchild and then blames Erin for his dinner being too hot, Kenny was an immediate suspect. But then he went on a solo manhunt to take out the person he believed killed his daughter (see below), so it seems incredibly unlikely that he would've tried to kill someone if he himself was the killer? Although he is also prone to blackout-drunk sessions, so he can't be ruled out entirely. 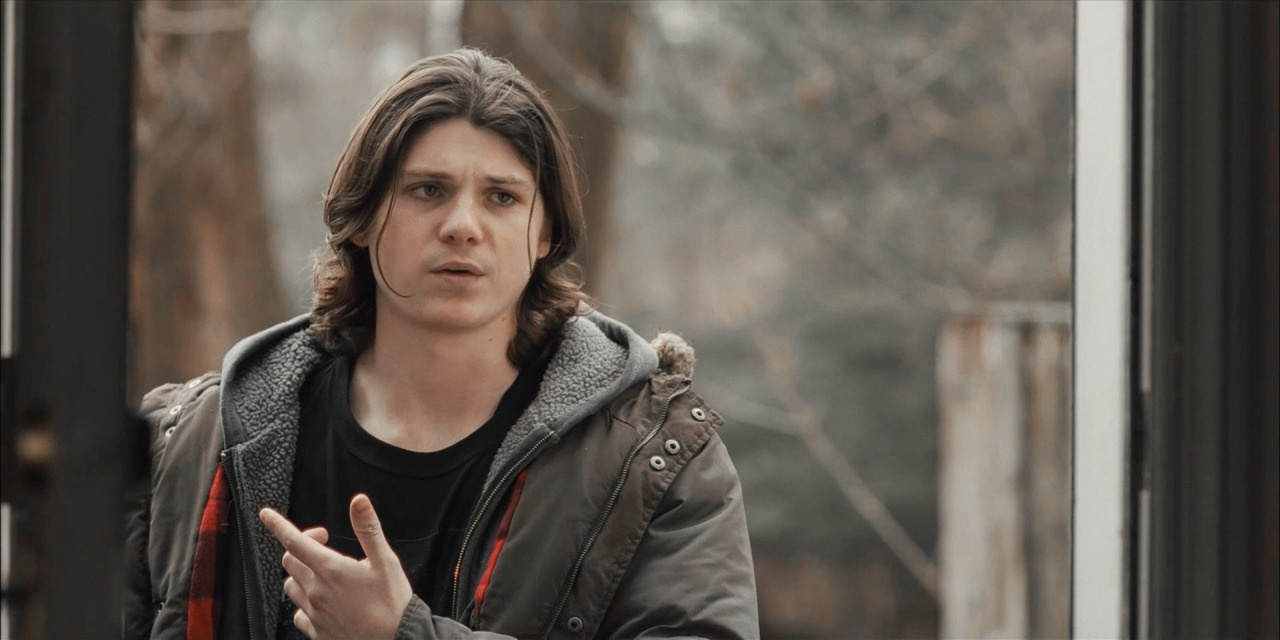 As Erin's ex, Dylan is immediately unlikeable, seemingly taking split custody of their young child from Erin more out of spite than actual love. He also seems to be more of a teenage douchebag than an actual killer, although he did just stand by while his new girlfriend (see below) set up a violent catfishing expedition on poor Erin. Maybe if he found out earlier than he's letting on that he wasn't actually the baby's father, that could be the catalyst for the murder, but after being shot by Kenny while pleading for him to listen to reason, it seems more and more unlikely that he killed Erin. 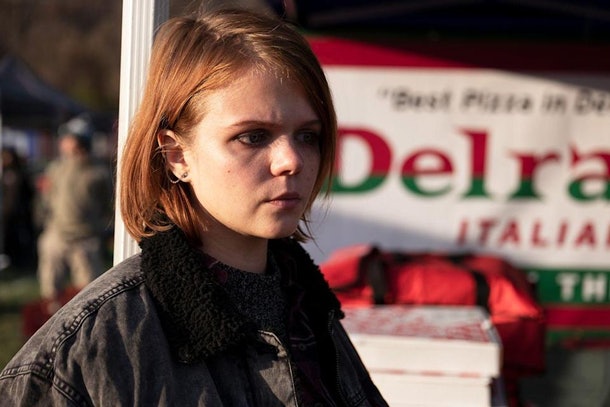 END_OF_DOCUMENT_TOKEN_TO_BE_REPLACED

The only person on the show who is more unlikeable that Dylan, compounding that dislike after beating Erin up on camera by making some horrible remarks about Mare's dead son. She does seem almost too obvious to be the killer, but that was the exact same mistake we all made with The Undoing, and look where that got us. 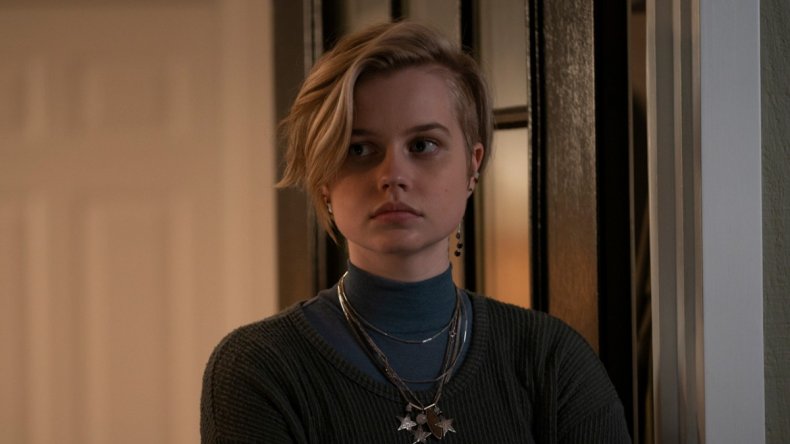 END_OF_DOCUMENT_TOKEN_TO_BE_REPLACED

What's going on, Siobhan? Why didn't you tell your own mother that you may well have been the last person to see Erin alive before she disappeared into the woods? What is with that weird podcast about your brother who committed suicide? Why do you seem to be the only character the show is devoting time to that isn't directly involved with Erin's murder investigation? The only thing stopping us from suspecting you even more is that if it does turn out to be you (or maybe you AND your band mates) is that it would be startlingly similar to another great, recent HBO murder mystery series headed by an Oscar magnet actress. 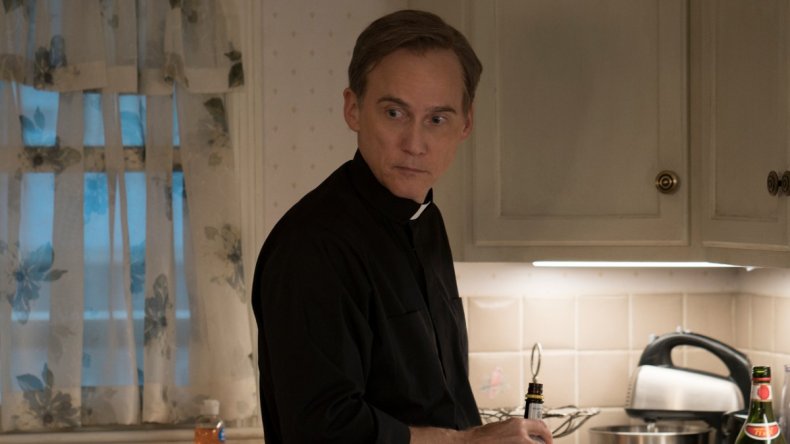 As the show is prone to tell us over and over again, everyone is related to everyone else in Easttown. So it would make for a nice narrative bow for Mare's own cousin to be the killer, and it would also make sense as to why Deacon Burton (see below) might be helping him cover it all up. The only thing is... Why? Why would Father Dan kill Erin? We suppose he wouldn't necessarily need to give a reason, but so far the show hasn't given us a connective tissue between Dan and Erin. 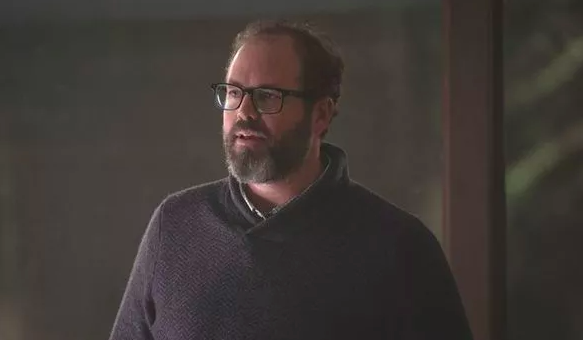 He already lied (and was subsequently caught out) about not knowing Erin, so what else could he be lying about? Could he really have been having a relationship with Erin? Will the DNA results prove that he was actually the baby's father? He seemed willing enough to prove his innocence, so he might be in the clear, but it still doesn't explain why he lied at all. 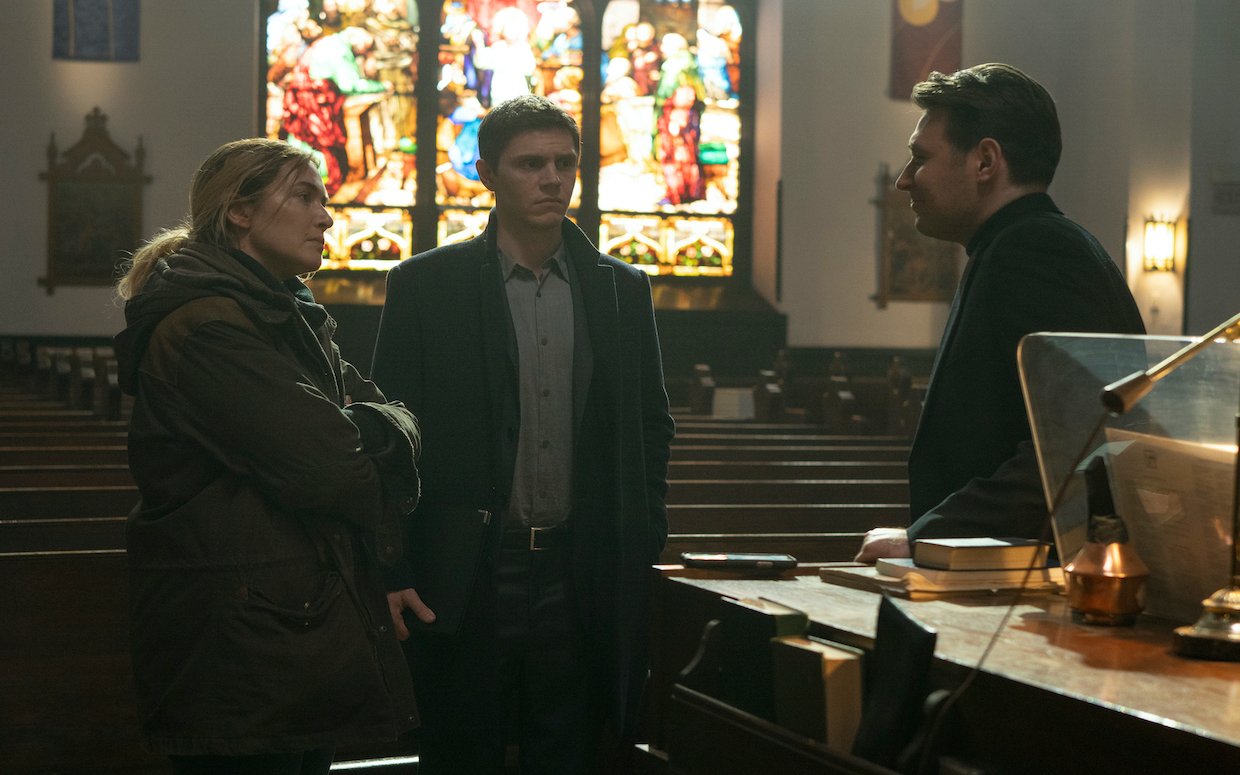 We literally see him taking Erin's bike from the back of his car and dumping it in the river. He has arrived suddenly in the town, having been moved from another parish, which sets off alarm bells for the detectives. He's also not answering the door when they come knocking to ask questions, and his phone was the last call made from Erin's phone before she died. So the show really wants you to think he did it. Which probably means he didn't do it. Also, we don't actually know that it was Erin who made that call at the end, and maybe the Deacon is just trying to help someone else in the town out of their situation. Which, y'know, is also pretty bad. 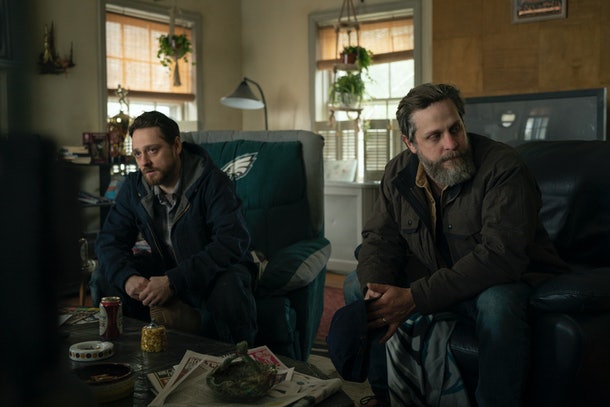 Kenny's drinking buddies, and also good pals with Frank (they took that passed out photo of him on the night of the murder, which also proves that they weren't passed out), they've been on the periphery of the events throughout. There was also something a bit off about that scene where they delivered the news to Kenny about his dead daughter. Either one of them did it, and the other helped cover it up - and maybe dumped the bike near the Deacon's house to divert attention and blame - or they are both naturally very suspicious acting at all times. 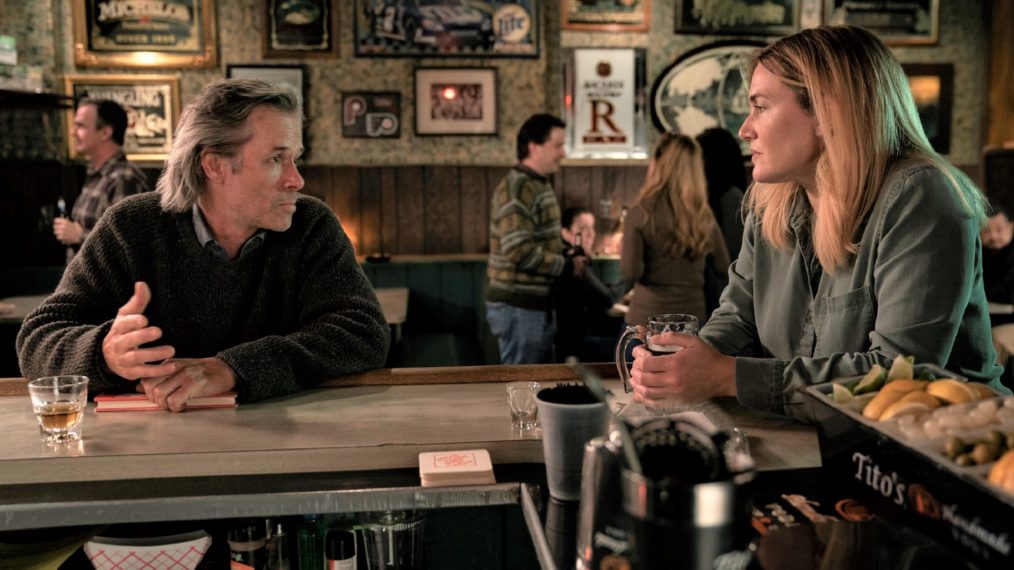 Maybe it is because it Guy Pearce playing him, but we can't not discount the new-in-town lecturer. Sure, he hooked up with Mare the night it happened, but remember she was asleep in her own bed when she got the call about Erin, leaving plenty of time for Richard to head into the woods and do the killing. Maybe it will all make for a great story around his next book, because we know he's still smarting about being a bit of an unsuccessful author. Listen, we don't want it to be him, because we want good things for Mare, but it would also be just her luck that the first guy she properly likes in years is a murderer.

The trailer for the fourth episode below seems to indicate we're about to learn a lot more about everyone involved. It will arrive on NOW on Monday, 10 May.

The Big Reviewski || JOE · TBR Spotlight: Loki - Episode Three - 'Lamentis'
popular
Aldi launches new garden collection including massive waterpark, slides and 14ft pools
It’s official, your pint is one of the most expensive in Europe
80% of Irish organisations predict widespread reluctance from workers to return to offices, survey finds
Eamon Ryan "cautiously optimistic" indoor pubs and restaurants will return on 5 July
The Ultimate Robert De Niro Quiz
Two thirds of Irish people believe modern men lack basic DIY skills compared to previous generations
The 50 most iconic songs of all time* have been revealed
You may also like
1 day ago
Mrs Brown's Boys chat show cancelled this year due to Covid
1 day ago
There are three new movies arriving in Irish cinemas this week
2 days ago
Jordana Brewster reveals who she wants to cast in the all-female Fast & Furious spin-off
2 days ago
The Ultimate Robert De Niro Quiz
2 days ago
A Murder in West Cork review: New doc series fixes one of Netflix's biggest problems
2 days ago
Fast & Furious 9 review: A $200 million Itchy & Scratchy cartoon
Next Page