Let's talk about the ending of Stranger Things

It's the show that everyone is watching.

Stranger Things on Netflix has utterly gripped the public's imagination and left audiences feeling like they're living in their own upside down world. Ever since we watched Will Byers vanish into thin air, we've been huge fans of the show and it appears that plenty of Irish people are also.

For those of you that haven't seen it, imagine a supernatural mashup that takes elements from all of your favourite 80s films like The Goonies, Stand By Me and The Lost Boys but mixes this nostalgic gold with the creepy supernatural narrative of The X-Files or Eerie Indiana.

If you haven't seen it then look away now but for fans of the show, we have a few questions about the finale. 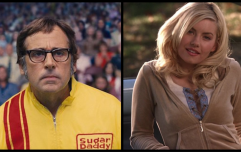 END_OF_DOCUMENT_TOKEN_TO_BE_REPLACED

If you observe Hopper's actions, it's very likely that there's a strong possibility that she is.  Surely there's no other reason for him to leave all those leftovers and waffles/Eggos in the box. 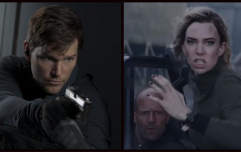 END_OF_DOCUMENT_TOKEN_TO_BE_REPLACED

It's very likely that she's living in a different interdimensional plane, perhaps the Upside Down. Hopper's involvement asks another question though. We see him being picked up by government agents before the final scene. It's likely that he's either 1) working for them now, or 2) they told him of Elle's true whereabouts and he's trying trying to keep her alive.

The question remains, what did the Feds do to him after they arrested him and injected that needle into his neck?

2) Did El create the monster?

END_OF_DOCUMENT_TOKEN_TO_BE_REPLACED

It's very likely that she did.The most obvious example of this was when she stated that"she's the monster" during the scene at the junkyard. Remember when she used her telekinetic powers on Lucas, but there's more to this theory than just that.

We know that the Demagorgon is a creature from another dimension that's attracted to electric charges and signals. When Eleven is in the black empty space (The Upside Down as we know it) she is watching the demon from afar. After Eleven is challenged by Dr Brenner to go further than she has ever gone before, the demon still doesn't notice her until she makes physical contact with it.

There's a theory that by touching the Demagorgon, she inadvertently announces the presence of our dimension allowing the Demagorgon to focus in on it, pass through the gate and begin to use our world as a new source of food.

The reason why the creature only seems to hunt in a limited area is pretty fairly obvious, it's a predator and has established it's hunting grounds near the gate.

To begin with, we know that there were more living creatures in the Upside Down aside from the Demagorgon. A snake was yanked out of Will's throat, one was also in Barb's and it's also clear that Hopper and Joyce stumbled into some sort of alien nest.

Perhaps Will was impregnated by the monster and he could 1) become one now or 2) the slug will grow into something terrifying.

Was the flash sequence when Will looks in to the mirror just the slug jumping back into The Upside Down or a sign that Will never escaped from the Upside Down? 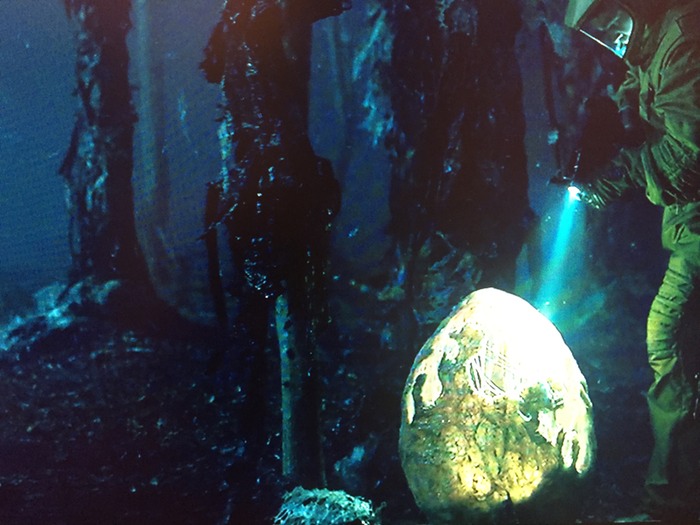 Here's what the Duffer's said about it "we love the idea that [the Upside Down] is an environment that is not a great place for a human being to be living in. Will’s been there for an entire week, and it’s had some kind of effect on him, both emotionally and perhaps physically. The idea is he’s escaped this nightmare place, but has he really? That’s a place we wanted to go and potentially explore in season two. What effect does living in there for a week have on him? And what has been done to him? It’s not good, obviously".

4) Will there be a new series?

It's looking very likely that there will be, especially considering the fact that Netflix have an incredibly strong history of green-lighting their own original shows for at least two seasons.

Speaking with Variety, co-creator Ross Duffer says "there’s a lot there we don’t know or understand. Even with the Upside Down, we have a 30-page document that is pretty intricate in terms of what it all means, and where this monster actually came from, and why aren’t there more monsters — we have all this stuff that we just didn’t have time for, or we didn’t feel like we needed to get into in season one, because of the main tension of Will. We have that whole other world that we haven’t fully explored in this season, and that was very purposeful".

He continues "we leave these dangling threads at the end. If people respond to this show and we get to continue this story — we had those initial discussions of where we might go with it. If there was going to be a season two, we would reveal more of that 30 page document, but we’d still want to keep it from the point of view of our original characters".

5) Why did Nancy choose Steve over Jonathan?

Steve's an asshole. She has terrible taste in men. Mystery solved. 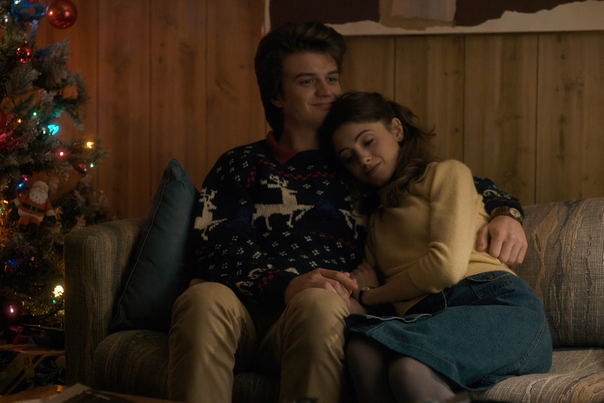 popular
Met Éireann issues Status Yellow rain warnings for five counties
Met Éireann issues weather warning for three counties
Paul Reid announces decision to step down as HSE boss with a "heavy heart"
QUIZ: Can you conquer this delightfully difficult General Knowledge Quiz?
6 great new (and classic) additions coming to Prime Video in July
Kendrick Lamar closes Glastonbury with blood-soaked plea for women's rights
Aer Lingus apologises for multiple cancelled flights to and from Dublin Airport
You may also like
4 days ago
WATCH: Five Days at Memorial could be this year's Chernobyl
4 days ago
The Elvis movie and 7 more movies & shows to watch this weekend
5 days ago
The content warning for this week's episode of The Boys is incredible
6 days ago
Netflix is looking for extras in Ireland for its new Obama-produced crime series
6 days ago
Marvel confirms hints for their new endgame have already been revealed
6 days ago
What to watch on Paramount+ now that it is available in Ireland
Next Page