A little too close to the mark as always...

For those of you that haven't seen the series, Black Mirror taps into our collective unease with the modern world.

Each stand-alone episode is a sharp, suspenseful tale which explores themes of contemporary techno-paranoia. 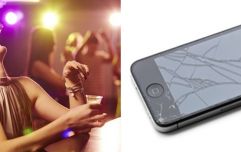 VIDEO: The iPhone for people that make really bad decisions while drunk

END_OF_DOCUMENT_TOKEN_TO_BE_REPLACED

On Tuesday, Apple announced their brand new iPhone 8 at their keynote in their World Wide Developer Conference, with some new features to go along with it.

These are basically animated versions of your favourite emoji, but there's a little bit more as well.

Animoji will use the Face ID hardware face-scanning features of the iPhone X to create custom 3D versions based on your own facial expressions.

So you can move about and make faces and the emoji will copy your movements and then you can send it to your friends (we predict you'll have significantly less friends if you liberally use this feature).

But Black Mirror noticed something about the feature that has given us that same uneasy feeling that most of the episodes give us.

Yes, they had a very similar character called Waldo in one of their episodes, you can probably spot him below.

Yes, you do see Waldo inserted into the demonstration as Black Mirror once again dices alongside fantasy and reality. 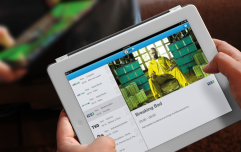 Competition: Aertv are giving you the chance to win €500 CASH!

END_OF_DOCUMENT_TOKEN_TO_BE_REPLACED

Speaking to The Hollywood Reporter last year, the show's creator Charlie Brooker spoke about The Waldo Moment episode saying it "was about a cartoon character who ran for office. At the time, I thought that was one episode that I didn’t really nail, didn’t get the stakes right. But if you look at that now, it’s really quite terrifying."

The Big Reviewski || JOE · The Big Reviewski with Y: The Last Man, that Malignant ending & a secret streaming service
popular
The JOE Friday Pub Quiz: Week 261
The five "best places to live" in Ireland have been revealed
One of the best war films ever made is among the movies on TV tonight
One of the better Liam Neeson action romps is among the movies on TV tonight
QUIZ: Flex your brain definition with this general knowledge quiz
Daniel Craig says goodbye to James Bond in emotional farewell speech
The 50 most iconic songs of all time* have been revealed
You may also like
3 days ago
Apple unveils full iPhone 13 range details, release date and prices
7 months ago
Apple to unveil 217 new emojis, including gender neutral faces
7 months ago
The new iOS 14.5 update will let you unlock your phone with a mask on
9 months ago
Get €100 off these smartphones when you switch to Vodafone Pay as you go
9 months ago
Apple forced to pay €95 million after admitting they slowed down old iPhones
1 year ago
iOS 14 will bring some big changes for iPhone users
Next Page