Life in plastic, it's fantastic.

Margot Robbie has been on the Oscar hunt lately, starring as Tonya Harding in I, Tonya last year and as Queen Elizabeth I in Mary Queen of Scots alongside Saoirse Ronan (in theatre now). 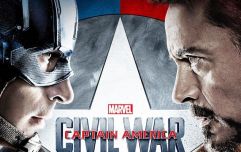 END_OF_DOCUMENT_TOKEN_TO_BE_REPLACED

"Playing with Barbie promotes confidence, curiosity and communication throughout a child’s journey to self-discovery, said Margot. "Over the brand’s almost 60 years, Barbie has empowered kids to imagine themselves in aspirational roles from a princess to president.

"I’m so honoured to take on this role and produce a film that I believe will have a tremendously positive impact on children and audiences worldwide."

Robbie has had to switch up her look lately to star in films like Suicide Squad or Mary Queen Of Scots, but as far as casting Barbie goes, it's fair to say that Robbie is pretty much spot on.

Now let's hope Aqua make a comeback to do the soundtrack.


The Architects Of Business || JOE · "It doesn't get bigger than this for me" - Irish scientist wins EY Entrepreneur of the Year 2020
popular
Donald Trump paid $3 million for recount that uncovered more Biden votes
QUIZ: Can you guess these European countries from their outlines?
QUIZ: How well do you know Elf?
NASA responds to young Adam from The Late Late Toy Show
QUIZ: Can you answer all the £1 million questions from Who Wants to be a Millionaire?
The JOE Friday Pub Quiz: Week 219
The JOE Music Quiz: Week 35
You may also like
2 days ago
Here are the best movies on TV this evening
2 days ago
Wild Mountain Thyme director defends movie's accents and says Irish accents are too difficult to understand
3 days ago
The full list of all the new titles coming to Netflix in December
4 days ago
Here are the best movies on TV on Tuesday
4 days ago
BBC confirms 'Gavin & Stacey' will return with new episodes in future
5 days ago
Two brand new Mrs. Brown’s Boys Christmas specials are coming to your TV this Christmas
Next Page