Not saying that whole world is laughing at England, but…

Last week was a rather quiet week for Theresa May, with her only having to deal with the anger from of her postponing the Brexit deal vote, then having 117 of her MPS vote against her in a no confidence vote, and then having a squabble with Jean-Claude Juncker in front of the cameras.

The fallout of all this has gone much further than just Ireland and the British Isles – so much so that on the other side of the pond, Saturday Night Live even took a swipe at May. 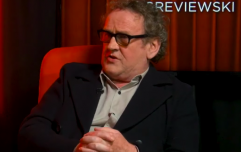 END_OF_DOCUMENT_TOKEN_TO_BE_REPLACED

On this weekend’s show, Kate McKinnon played Theresa May as part of “Happy Christmas, Britain” show. She opened up by dancing with some traditional British bobbies, before bringing out some guests.

First out was May’s predecessor, David Cameron – played by none other than Jason Bourne himself, Matt Damon.

SNL regular Aidy Bryant then played Elton John, who delivered several presents to May from the nation – all of which ended up being full of excrement.

They even made a Harry Potter reference.

The sketch aired at about five to midnight, just as the show ended. That 11.55pm slot on Saturday Night Live is traditionally used to throw in something completely off the wall, with no concern for if the general US viewer will get it or not (if they’ve watched the whole show already, it doesn’t matter if you lose them now).

The Big Reviewski || JOE · The Big Reviewski with Y: The Last Man, that Malignant ending & a secret streaming service
popular
One of the most-anticipated movies of the last few years is finally available to watch at home this week
Woman dies after being struck by lorry in Kildare
Gardaí warn of scam involving "inappropriate or sexual images" after young boy blackmailed for money
TG4 to air documentary about the Irish woman who shot Mussolini tonight
The film that predicted the pandemic is among the movies on TV tonight
Body of woman found by walker on shoreline in Galway town
QUIZ: Can you get 10 out of 10 in the ultimate Ed Sheeran lyrics quiz?
You may also like
10 hours ago
President Biden warns trade deal must not derail peace in Northern Ireland
5 days ago
Marks & Spencer to pull 800 lines from Irish stores
2 months ago
UK to pay €47.5 billion to the EU as part of its post-Brexit settlement
8 months ago
Items posted from Ireland for delivery worldwide in December still in transit, says An Post
8 months ago
DPD pauses deliveries from UK to Ireland due to Brexit
8 months ago
Leave.EU moves its registered domain address to Waterford so it can keep its website
Next Page