The man behind Sons of Anarchy, in his own words...

You probably know of Kurt Sutter, even if you think you don't.

A prolific and quite successful writer, director, and actor in the world of TV, Sutter cut his teeth on gritty cop drama The Shield before creating his biggest hit in the form of Sons of Anarchy. 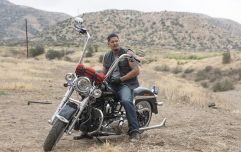 Sons of Anarchy spin-off debuts tonight on the BBC

END_OF_DOCUMENT_TOKEN_TO_BE_REPLACED

There was also a failed medieval show by the name of The Bastard Executioner that boasted a ye olden time Ed Sheeran cameo long before Game of Thrones got there.

With that effort cancelled, Sutter would return to the SOA world with spin-off Mayans MC, which recently returned for a second season.

Through it all, the 55-year-old has maintained a mostly fruitful working relationship with now Disney-owned American network FX, but that's over with, according to a letter written by Sutter, obtained by the Hollywood Reporter.

Per his own words, Sutter has been fired as Mayans MC showrunner for "being an abrasive dick" following multiple complaints over his behaviour, according to sources.

Sutter's missive was issued to Mayans MC cast and crew, acknowledging internal investigations into "unacceptable conditions" present on the set of the show.

"At least being fired for being an abrasive dick is on brand," he notes midway through.

You can read Sutter's words in full below. 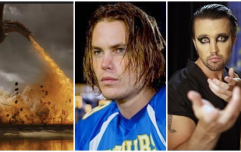 Friday Night Lights, Game of Thrones, and Always Sunny are combining for a new TV show

END_OF_DOCUMENT_TOKEN_TO_BE_REPLACED

A new showrunner has yet to be announced, nor has FX officially commented on the matter.

"Apparently, Disney HR and Business Affairs has conducted an investigation into the unacceptable conditions that have been created on the set of Mayans in season two. As you know, I’ve removed myself quite a bit this season, allowing others to take a bigger role in producing the show.

"It appears that philosophy has backfired. It’s been reported by writers, producers, cast and crew that my absence and subsequent behavior when there, has only created confusion, chaos, hostility and is perceived as abandonment. Or at least that’s how Disney has interpreted it. I’m sure it’s true.

"This morning I was fired by Dana Walden and John Landgraf for all the complaints levied against me. Not the way I wanted to end my 18-year relationship with FX. At least being fired for being an abrasive dick is on brand. 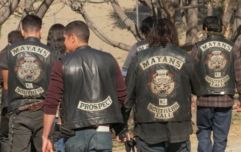 END_OF_DOCUMENT_TOKEN_TO_BE_REPLACED

"I deeply apologise if I’ve made people feel less than or unsupported. My intention was literally the opposite. But clearly I’ve not been paying attention. My arrogance and chronic distraction has created wreckage. Just know, I adore this cast and crew.

"I’m not sure what the fate of Mayans MC holds. But if it continues, you’ll still be in good hands. As I said at the premier, Elgin is ready to take on the challenge of running the show. I’m sure FX will get him the support he needs to find and follow his vision.

"Thank you for the honour of working with all of you.

"I don’t need, nor want, replies or condolences. I know where the love is. And for those of you who have it, I’m sure our paths will cross again."