Narcos: Mexico producer would love to make another season and he has teased the plot

There's a conversation in The Wire that's perfectly applicable to the wonderful universe that has unfolded in Narcos.

Kima: Fighting the war on drugs... one brutality case at a time.

Carver: Girl, you can't even think of calling this shit a war.

On this note, the decision to move the latest series of Narcos away from Colombia into Mexico has proven to be inspired because it has given the creators new stories to tell.

If you haven't seen the latest series, consider this to be your spoiler alert. 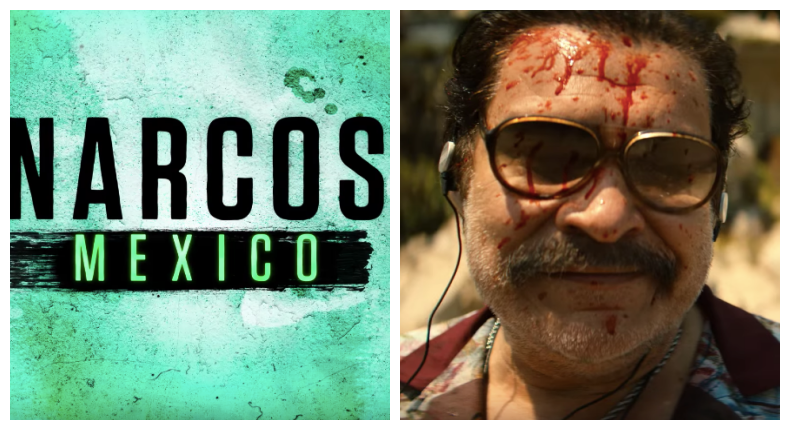 As the newly-introduced narrator on the show (Scoot McNairy) told us, the kidnapping, torture, and murder of Kiki Camarena (Michael Pena) in Guadalajara was "where the first shot was fired, the one that started the drug war, and after that nothing would be the same. How could it be?"

Granted, right from the beginning of the season, we were told that this wouldn't have a happy ending and now that the cold, calculated, and utterly ruthless Felix Gallardo (Diego Luna) has an army of corrupt police at his disposal, it's very likely that Operation Layenda is going to be one hell of a struggle to bring the Mexican kingpin down.

In an interview with The Hollywood Reporter, Eric Newman, executive producer and showrunner on Narcos: Mexico, revealed that he'd love to make another series of the hit drama and that he has a very clear vision in mind.

"They (Netflix) tend to say: Let’s see where we are and decide what to do next. It has served me now four years in a row. Would I like to continue? Of course. I love it. It’s the greatest and most satisfying professional endeavour of my life, and to write and creatively steer this show for now four seasons, it would be unique even if I hadn’t been a movie producer for the first 20 years of my career. It’s a strange transition, but man, I love it," said Newman.

When asked about the introduction of the new DEA agent (played by Scoot McNairy) in the final episode and the potential of another season, here's what Newman said.

"If we do continue, that’s something we could explore (the new DEA agents). What both the archival footage and narrator voiceover does is that it reminds people that it’s real. You realise, "Oh, that happened."

It appears that the war on drugs is about to get very, very violent.

All we're asking for is more cameos from Pablo Escobar. Now wouldn't that be a treat?

The Big Reviewski || JOE · The Big Reviewski with Y: The Last Man, that Malignant ending & a secret streaming service
popular
Seven people hospitalised after huge fight at Tuam cemetery
One of the most-anticipated movies of the last few years is finally available to watch at home this week
Retail billionaire calls on unvaccinated people to be banned from shopping centres
There's some lovely weather in store this weekend, but better make the most of it
Government announces special €1,860 payment for laid-off workers during pandemic
It looks like Garth Brooks will play FIVE nights in Ireland after all
10 years ago this week, the best sports movie ever made was released in cinemas
You may also like
3 days ago
Midnight Mass review: Netflix's new series is a slow-burn drama ending in all-out horror
5 days ago
The Ultimate Dwayne "The Rock" Johnson Quiz
6 days ago
Gunpowder Milkshake has the makings of a perfect Friday night movie
6 days ago
A brilliant Irish psychological thriller and 5 more movies and shows to watch this week
1 week ago
Y: The Last Man star Ben Schnetzer on his brand new show, love for Diane Lane and pandemic productions
1 week ago
Stephen King has some amazing things to say about Netflix's new horror series
Next Page