Here are all the new additions coming to Netflix in January

It is perfect viewing material for those cold nights in front of the fire.

We know,we know, Christmas hasn't even happened yet so it feels awfully early to be talking about anything 2020-related.

But it's that time once again: the one where we cast an eye on what movies and TV shows are coming to Netflix next month.

END_OF_DOCUMENT_TOKEN_TO_BE_REPLACED

Chances are you’re going to spending a lot more nights in the house in January than you did in December, so you might be glad of some new material to watch on the box.

Have a look at a whole host of new TV shows, movies, comedy and more coming to Netflix in January...

When CIA officer Eva Geller (Michelle Monaghan) uncovers information about a man (Mehdi Dehbi) gaining international attention through acts of public disruption, she begins an investigation into his origins.

After choking during an important performance, a competitive skater dealing with family issues and her own inner demons struggles to revive her career.

Thieves of the Wood 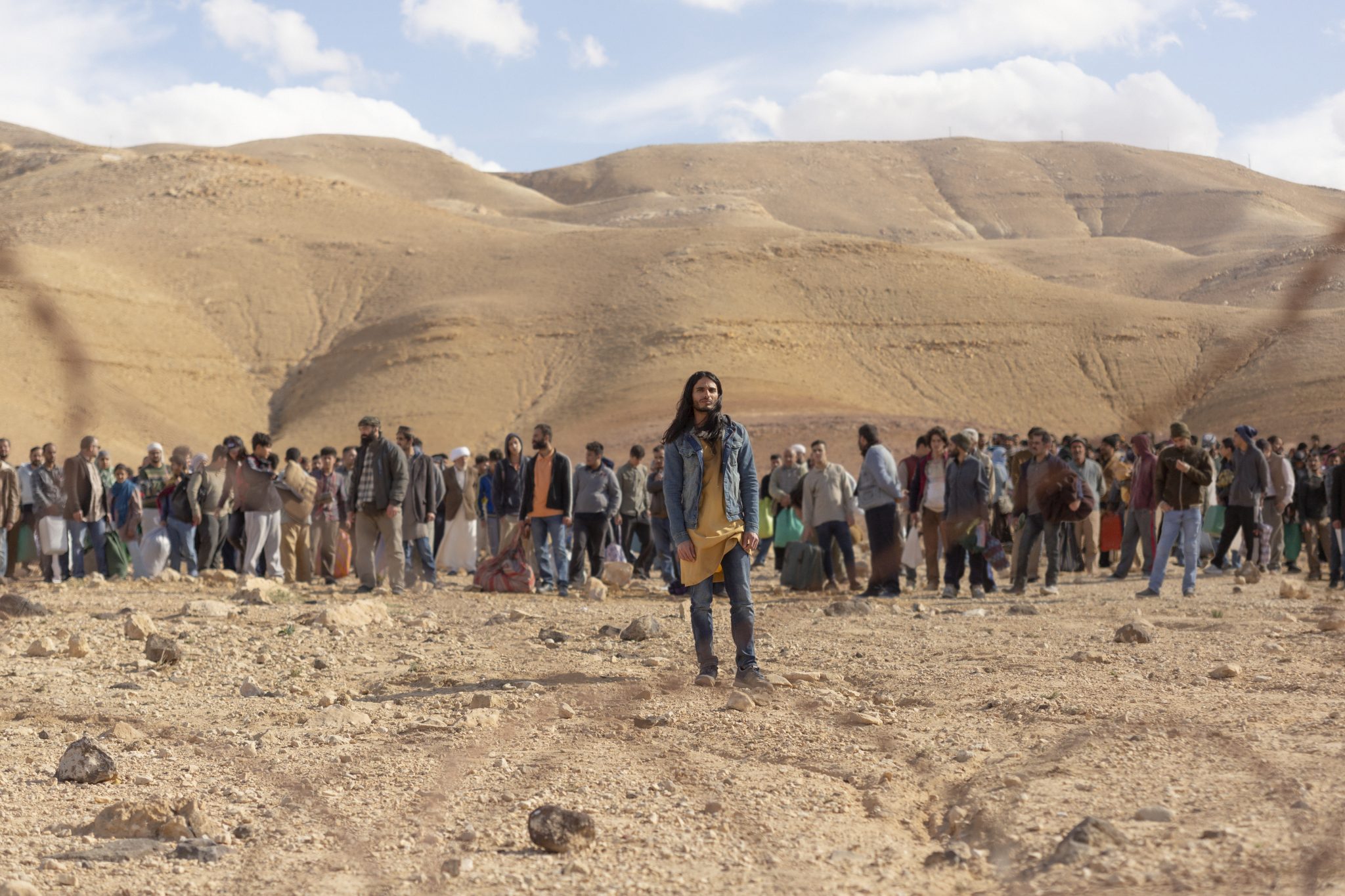 Anne with an E: The Final Season

A milestone birthday sparks a search for Anne's origin story as she sorts out matters of the heart and starts setting a course for her future. Irish actor Amybeth McNulty stars.

In a future where each citizen is monitored 24/7 by a drone, a woman discovers a murder unaccounted by this surveillance system, and investigates why.

Two American doctors who discover a deadly virus in Brazil are recruited as government agents in a race to find a cure and uncover a dark conspiracy.

A group of small-town young men run a lucrative phishing operation, until a corrupt politician wants in on their scheme - and a cop wants to fight it.

France’s funniest comics carry out ghastly tasks as they try to outlast - and outwit - one another while overnighting in famously haunted locations.

Robin and the Titans aren't the same group of outcasts they used to be, and neither are their enemies.

AJ and the Queen

RuPaul stars in this outrageous series as a down-on-her-luck drag queen traveling across America in a van with a tough-talking 10-year-old stowaway.

Jane Fonda and Lily Tomlin are two women reinventing their lives in this funny and honest series.

Season four of the music series follows hip-hop in the US, showcasing the stories and sounds that shaped its history and culture.

Otis Milburn, a socially awkward high school student, lives with his sex therapist mother, Jean. In season one, Otis and his friend Maeve Wiley set up a sex clinic at school to capitalise on his intuitive talent for sex advice.

Monster hunters Fred and Deloris Allen hide their identities as members of a covert syndicate while their teenage kids are forced to live in a town trapped in the past.

In 1890s Malacca, a young woman finds herself in the afterlife and becomes mired in a murder mystery connected to the deceased son of a wealthy family.

This thriller follows a nurse who's rebuilding her life, an ex-cop turned hit man, a photographer obsessed with death, a corrupt politician and a group of idealist friends - all linked by darkness and danger.

With a mix of scripted and documentary elements, this series examines the history of the Ottoman Empire.

The Ranch: The Final Season

This comedy series set on a ranch and starring Ashton Kutcher and Sam Elliott returns for its final season.

Though she defeated her father Lucifer, the Dark Lord remains trapped within the human prison of her beloved boyfriend, Nicholas Scratch.

Sabrina can't live with herself, knowing that Nick made the ultimate sacrifice and is suffering, burning in Hell under Madam Satan’s watchful eye.

To find love, seven strangers leave Japan and embark on a journey through the continent of Africa together. Challenges, adventure and romance await!

Secrets, violence and a conspiracy send family man Adam Price on a desperate quest to uncover the truth about the people closest to him.

In 17th-century Italy, a teenage midwife accused of witchcraft must choose between a star-crossed love and fulfilling her powerful destiny.

A small Norwegian town experiencing warm winters and violent downpours seems to be headed for another Ragnarok - unless someone intervenes in time.

Demons walk among everyday citizens, and the angels took off long ago. Who's left to save humanity?

Bojack inches his way toward redemption as a stint in rehab forces him to confront his mistakes and start making amends.

Next In Fashion is a high-stakes competition series featuring some of the world’s best and quietly innovative designers who compete for a chance to become the next big name in fashion.

In Mexico City, a 13-year-old falls for the most beautiful girl in school. With some help from his friends, he will try everything in order to win her heart.

With his debts mounting and angry collectors closing in, a fast-talking New York City jeweller risks everything in hopes of staying afloat and alive.

A cartel boss is released from prison and put in the care of nurse Mario (Luis Tosar), who questions his duty and reconnects with his traumatic past.

Emilio searches for the great love of his youth, with the help of his daughter and granddaughter. Will he be able to reconnect with this lost love before his memory fails?

Tyler Perry's A Fall from Grace

Grace Waters (Crystal Fox), a longtime pillar of her Virginia community, stays composed when her ex weds his mistress and her son moves away.

When an influencer crashes her car while talking on the phone, she’s shipped to her grandfather’s country home, where there's no signal. And no selfies.

A family reckons with the aftermath of their younger son's incarceration and a greater misfortune that follows.

The comedian recalls her childhood misadventures as a former girl Scout, debutante and (disqualified) swim meet champion; her family's complicated relationship with Hooters; and how a movie helped her realise she was a lesbian.

Vir Das takes his audience on a celebratory journey through the history of India, from its people and traditions to modern culture and famous films.

Attraction. Fantasies. Fertility. Discover the ins and outs of sex in this fun and informative series, narrated by singer/actress Janelle Monáe.

From the team behind Last Chance U, Netflix’s documentary series Cheer follows the competitive cheerleaders of Navarro College in Corsicana, TX.

Pandemic: How to Prevent an Outbreak

This series follows the annual cycle of the influenza virus, showing how the public is generally unprepared for the chaos that a common flu can create.

From the award-winning producers of Planet Earth II, Life and Blue Planet, this stunning natural history series reveals the wonders of the nocturnal world.

Kipo and the Age of Wonderbeasts

“Burrow girl” Kipo’s life turns upside down when she surfaces in a wild world of mutant creatures. She’ll need all the help she can get to go home.

Join kid car Cory Carson on his adventures around the winding roads of childhood in Bumperton Hills.

Who? When? Where? These school-age sleuths ask smart questions -- and they always solve the case! When crime strikes, call the Inbestigators.

A robot band, a pirate adventure ... and a run-in with a friendly ghost? Just another season on Harvey Street, where every day is out of the ordinary.

The Healing Powers of Dude

When an 11-year-old boy with social anxiety disorder has to start middle school, he finds strength in a lovable comfort mutt named Dude.

This sitcom about a Seattle family who must readjust to simple living in Georgia returns for its second season.

Cue the music: It's time for a party! Join animal babies Franny, Bailey, Kip, Lulu and their new friend, Tilly, for more learning and language fun.

popular
The Toy Show DJ brothers have been offered their very first gig
Clint Eastwood's final western is among the movies on TV tonight
The JOE Friday Pub Quiz: Week 271
PCR tests to be required for all international arrivals to the UK
QUIZ: Let's get cracking with this General Knowledge Quiz
Iconic nightclub venue in Galway announces permanent closure
QUIZ: Name all the counties of Ireland with 6 letters or less
You may also like
5 days ago
Kevin Spacey ordered to pay $31 million for breaching House of Cards deal
1 week ago
Netflix has quietly added 10 big new movies to its library
1 week ago
The "next Game of Thrones" and 7 more movies and shows to watch this week
1 week ago
Netflix teases action-packed, epic final season of Ozark
2 weeks ago
The new Home Alone and 7 more movies and shows to watch this week
2 weeks ago
Squid Game creator reveals alternate ending to season one Netflix show almost had
Next Page